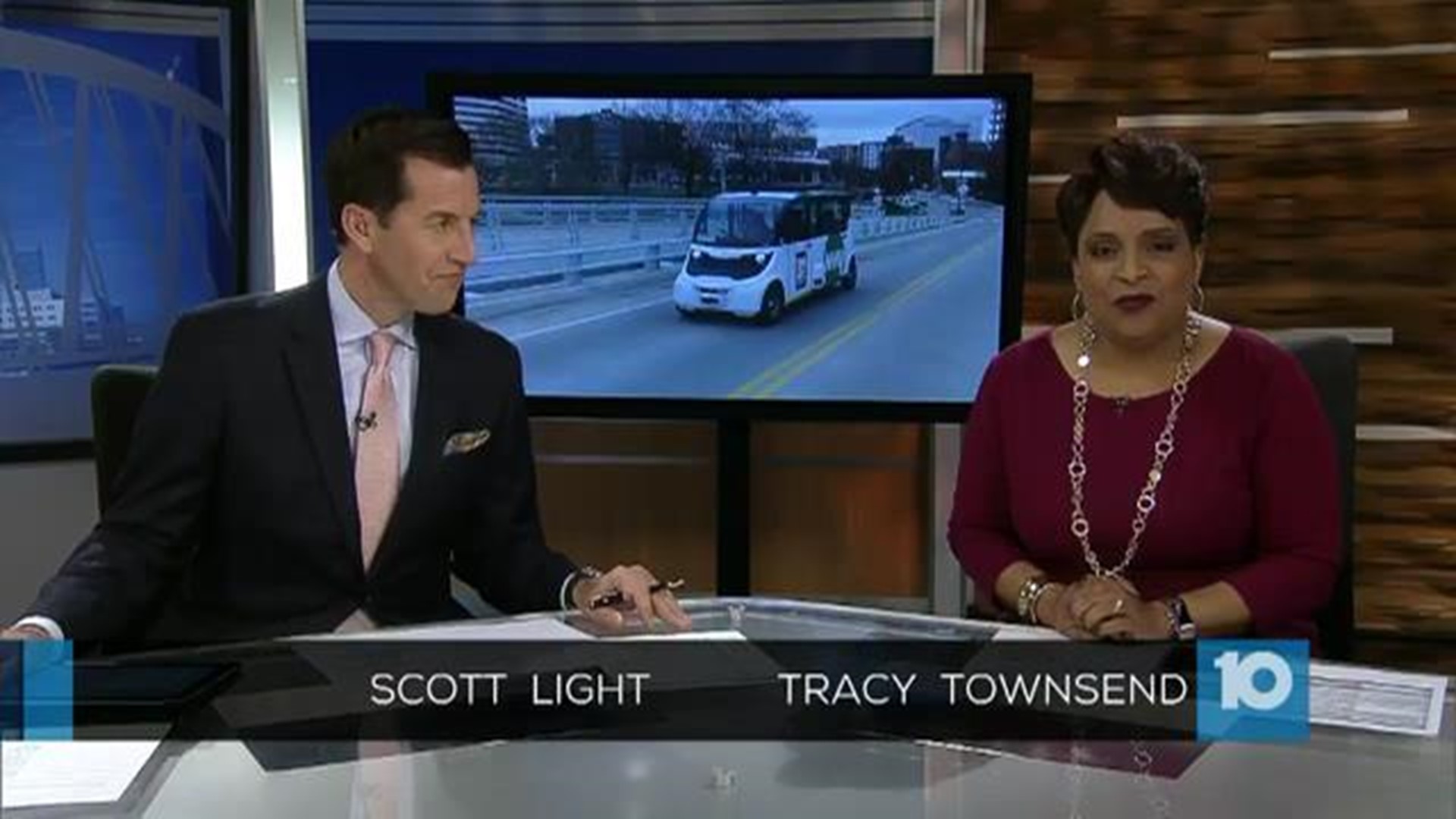 Monday, Columbus became the first city in the country to offer a self-driving shuttle service to the public.

Smart Columbus and DriveOhio unveiled "Smart Circuit," Ohio's first self-driving shuttle and the country's first of it's kind to open to the public.

"The first thing you’ll notice when you go up to the car is that there are sensors on it. So, lights, radars and cameras -- and those are the eyes of the car. So, we can see in every direction all the time," said Edwin Olson, CEO May Mobility.

Three all-electric vehicles will service the 1.5-mile route along the Scioto. The vehicles will transport passengers to COSI, the Veterans Memorial, Smart Columbus and Bicentennial Park. The shuttles have a maximum speed of 25 mph and feature a four-seat "campfire" configuration in the rear.

"When you get in these cars in Columbus, there will be a fleet attendant. So, this is a person who is monitoring the system and is also there to answer any questions you might have," said Olson.

Olson says the self-driving vehicle is safer than an absent-minded driver.

"Whereas a person might be drowsy, distracted or drunk... our vehicle is always alert and always attentive everywhere," Olson explained.

Diane Hunter was one of the first riders Monday. She is 85 years old.

"It’s the future. And, why not?," Hunter asked. "I mean, we aren’t doing a great job of driving cars ourselves are we?"

Hunter says she has always had an affection for transportation.

"When I learned to drive, I believe I drove in one of the first automatic transmissions," she said excitedly. "I did learn to pilot a plane in my 30s."

Hunter says she already has plans to ride the shuttle with her husband who has limited mobility.

"I can take him up to the Veterans Memorial," she said with a smile. "He hasn’t been here yet and he’s a World War II veteran. So he needs to come visit!"