The owner says the dog was possibly overdosing after getting out of the backyard and got into nearby trash. 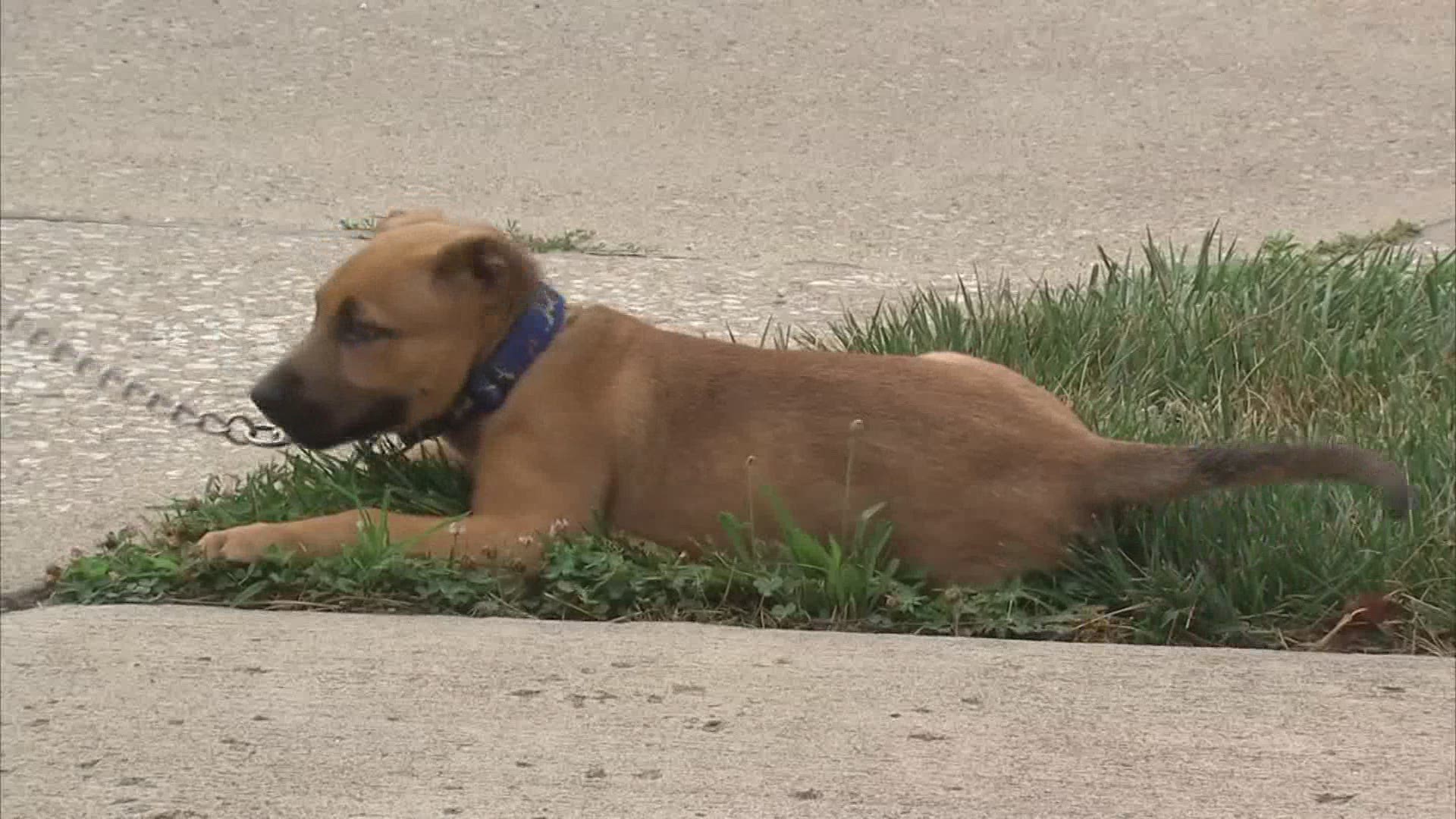 Lieutenant John Wisenbarger was working his shift at Station 10 in Franklinton last Friday around 11:30 p.m. when a woman showed up asking for help.

Columbus Fire Battalion Chief Steve Martin said the woman pounding on the station bay’s door was April Speakman, who they thought was carrying a child.

Wisenbarger told the woman to run to the med bay where a Tactical Emergency Medical Service truck was located. That night it was manned by medics John Hagan and Mike Canter.

“Then when we got to the door we saw it was a dog, so we were like oh OK and she tells us she thinks her dog is overdosing,” Canter said.

Speakman said part of her fence in the backyard is missing because she is having work done.

“He was able to sneak around and pick up things he wasn’t supposed to,” Speakman said.

When she got to the medic truck, the fire crew immediately sprang into action to help her puppy, Elo.

Speakman told the crew he got into an alley on Rogers Avenue and found a piece of plastic lying on the ground. She said she took it from him and brought him back inside her home.

“I thought it was a typical piece of trash so I grabbed it from him took him inside and set him down and he wasn’t able to lick his bone or do anything, he just kind of passed out and wasn’t breathing right,” Speakman said.

She believes he somehow ingested drugs from the trash. The owner rushed to the fire station that is located near her home.

“We were able to administer some Narcan and we were able to nebulize it and in about a minute or two he just kind of popped back to normal and he seemed to make a good recovery,” Canter said.

“I was so grateful and just brought to tears at the fact that he could stand up and breathe again when he was so lifeless in my arms,” Speakman said.

The crew said they have training when it comes to helping dogs.

“We do have a little bit of K-9 training with being part of the TEMS team because we serve alongside CPD and we’re trained to treat their K-9 units,” Hagan said.

Not only was the puppy glad to see the medics, but they were glad to see Elo on Wednesday.

“We’re happy to see him, hopefully, he stops by as he grows up and visits us here at the fire station,” Hagan said.

Speakman said she is thankful that the crew cared about her puppy.

“It was great to know that they care about an animal as much as they do a person,” Speakman said.