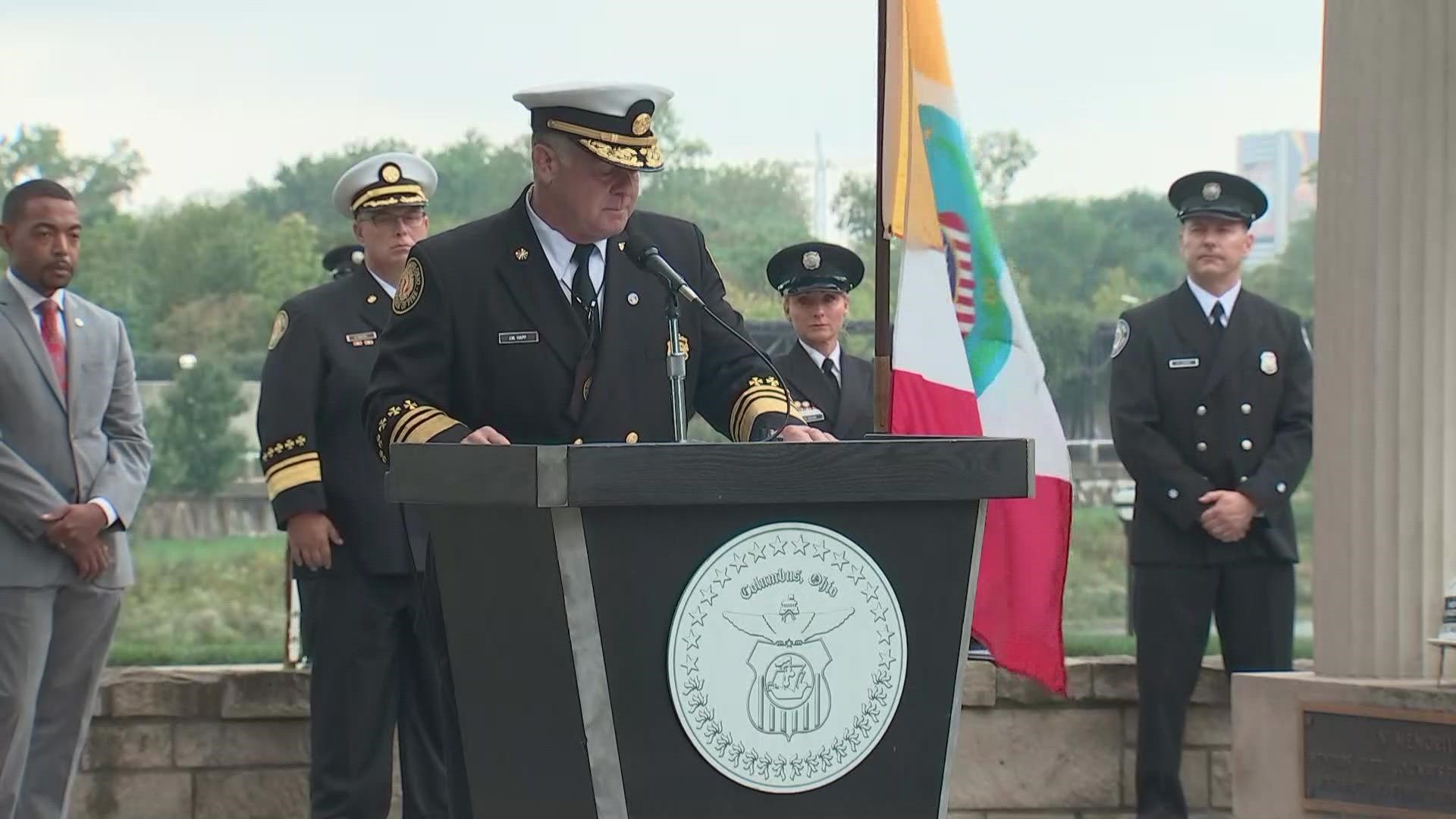 COLUMBUS, Ohio — Hundreds of firefighters gathered in downtown Columbus Sunday afternoon to honor the men and women who have answered their last alarm.

The service was held near the intersection of Marconi Boulevard and West Broad Street.

Uniformed firefighters from the Columbus Division of Fire stood at attention while they acknowledged the men and women who have committed their lives to the city and its people.

You can watch the memorial service below:

The traditional ceremony did not happen last year due to the coronavirus pandemic.

Battalion Chief Steve Martin said he didn't want a huge crowd to be together as a safety precaution, but this year is different.

"I know we're still concerned about it, but we are outdoors and we are asking everybody to wear masks and they'll be coming with their pods, the people that they live with," he said.

Martin also expressed that the firefighters honored in Sunday's ceremony have brought something to leave their mark in the community.