Columbus activists Chris and April Sunami are spending their days working hard to bring injustices to light within their community. 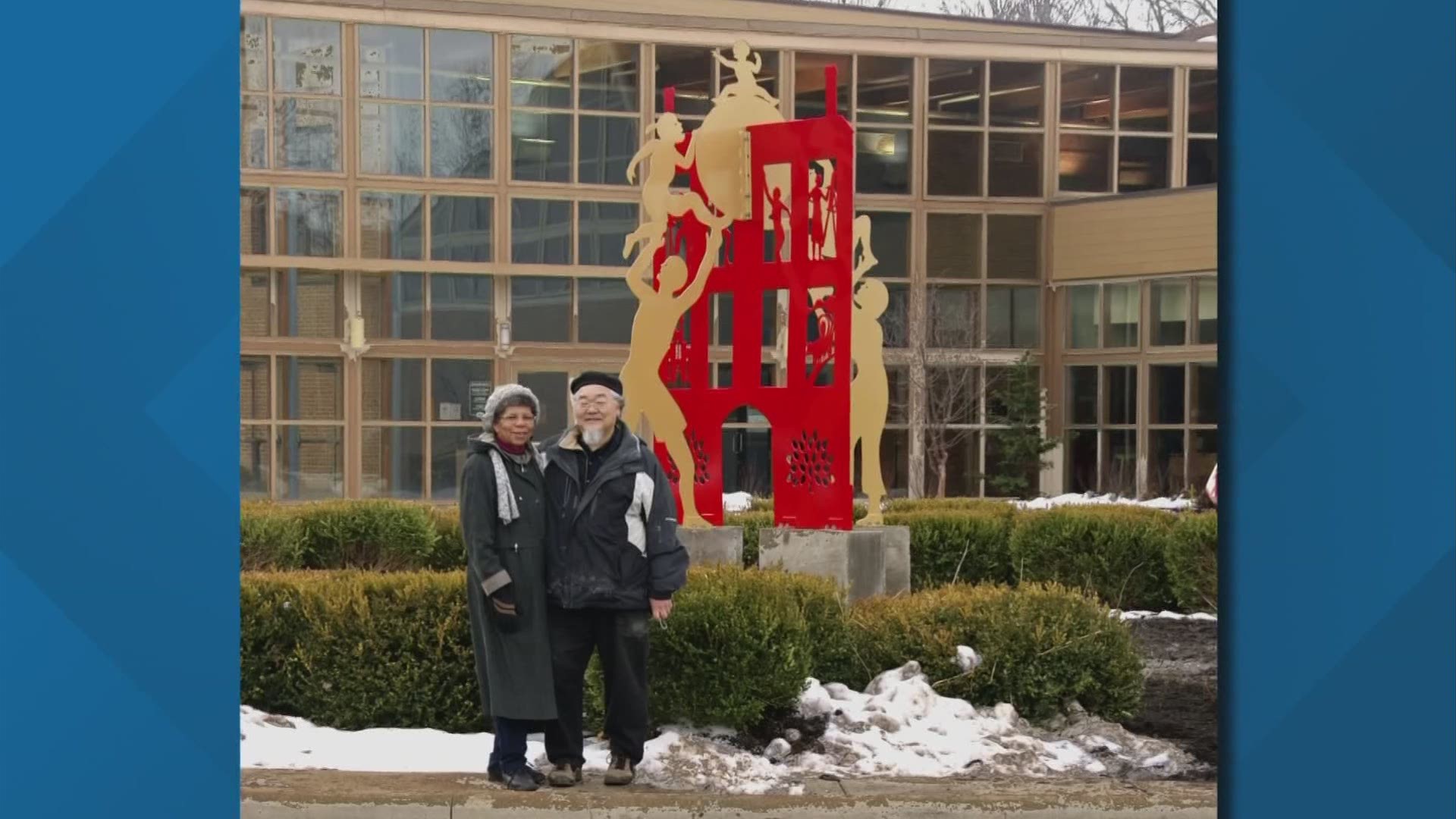 COLUMBUS, Ohio — Being centered around community change has been a focus of many in the last year including central Ohio’s Sunami family.

Columbus activists Chris and April Sunami are still spending their days working hard to bring injustices to light within their community.

Chris works as a programmer by day and spends his free time composing music, public speaking and writing freelance for Columbus Underground. In the last year, he’s spent his time having candid conversations with people affected by injustice.

“One of the things I’ve tried to do personally is just talk with different people. So I’ve talked to everybody, from one of the past heads of the FOP to a woman whose son was killed by police,” Chris said.

His wife, April, has made her mark on Columbus in the form of art. She’s painted several murals across the city representing Black women in the wake of the Black Lives Matter movement.

Most recently, April has had her work printed on clothing by Lane Bryant.

“I think Lane Bryant saw that on Instagram and reached out to me, they wanted to take that energy toward some of their merchandise too,” April said.

While the two stay hard at work trying to continue conversations about race and inequity, they said some of their inspiration to create change comes from Chris’s parents, Mari and John Sunami.

Mari comes from a long line of family service. Both her parents were educators before her father was sent to fight in World War II as a Tuskegee Airman. He was one of the last commanders to decommission Fort Hayes.

Her mother, among the first Columbus City Elementary School Counselors.

The work her parents did shaping the Columbus community pushed her to join the Peace Corps where she met John.

“We were at the University of the West Indies for our last training and the dorm had a little balcony because it’s the tropics and I saw this girl dancing up on the balcony,” John said.

“When I was a kid, my dad was always very interested in public art and that was something he was perusing back then, but he didn’t become a success until recently. It’s been a life lesson for me to never give up on your dreams and to hold onto them,” Chris said of his father.

John and Mari moved to Columbus to raise their family. Becoming involved in organizations including the Southside Settlement House, where they served as board members before Mari became a director for 13 years.

“I remember telling John, these people are talking about social justice and they really mean it,” Mari said.

They focused on shining light on poverty, homelessness, and the need for inclusion for all people.

“Community has really become a core to I think the way all of us see our lives,” Mari said.