Carla Young and her six kids are moving into a new home, not long after leaving Colonial Village. 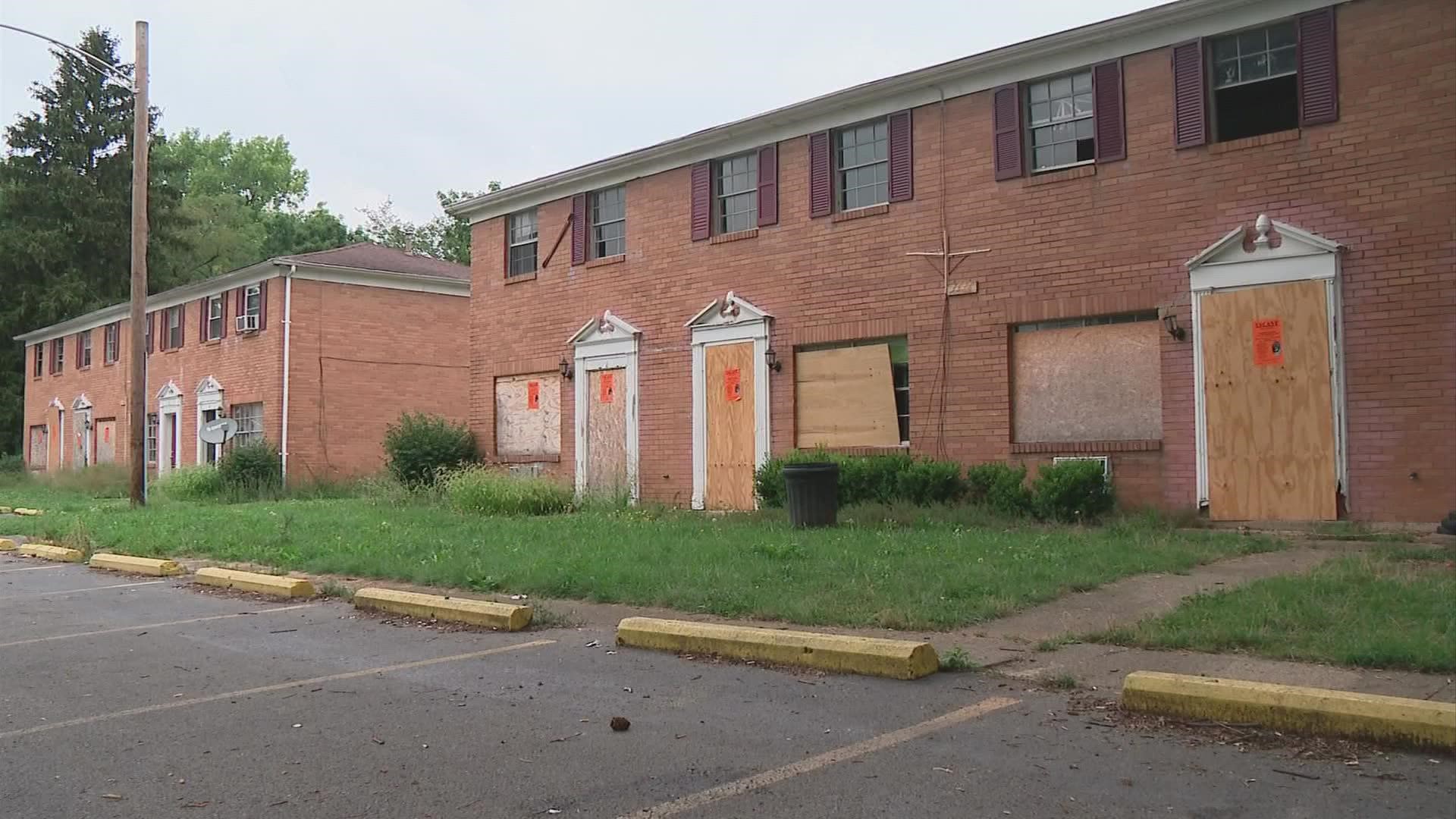 COLUMBUS, Ohio — Earlier this month, the managers of the Colonial Village apartment complex were told by the city they have 30 days to get the apartments up to code and make them liveable.

Many of the tenants of the east side complex said their places still haven't been fixed.

At least one family is getting a fresh start.

“They love the bathroom already. I have to tell them we pay a water bill, get out of the tub. It's not swim time,” Carla Young said of her new home.

It isn't a surprise Young's six kids love bath time now, compared to what they dealt with at their previous apartment at Colonial Village

In early August, the city took the ownership to court demanding they fix the apartments.

"They have 30 days to fix a whole host of problems, ranging from sanitary conditions to public safety. If they don't, we are prepared to move for receivership, a third party to come in and take control of the property," said Columbus City Attorney Zach Klein.

It's not just the conditions of the apartment themselves, but the city says it is unsafe to live there. Since March 2020, Columbus police have been called to this complex more than 1500 times.

10TV cameras were there in November 2019 as Columbus police escorted code enforcement around the property.

At the time, city officials said the complex had the second-highest most violent crimes of any apartment complex in the city.

There were more than 500 violent crimes and 4,000 property crimes in that year alone.

Tenants tell us even with new owners, conditions haven't improved.

“Honestly, I really hope they do clean it up because there are a lot of people there, especially elderly, that they don't have anywhere else to go. They can't just pick up, pack up and go. There's a lot of kids that live there,” Young said.

Young said she is thankful for Columbus police helping her along with the Starfish Assignment and Furniture Bank where she picked out furnishings for her new home.

We reached out to management today, but they did not go on camera or give us a statement.

The court agreement says if any of the conditions are not met, the owners could face the possibility of losing the property to a receivership, a court-appointed third party that will improve and sell the property.

There is a court hearing scheduled for Sept. 14.