Observers say vote could lead to a split in United Methodist Church. 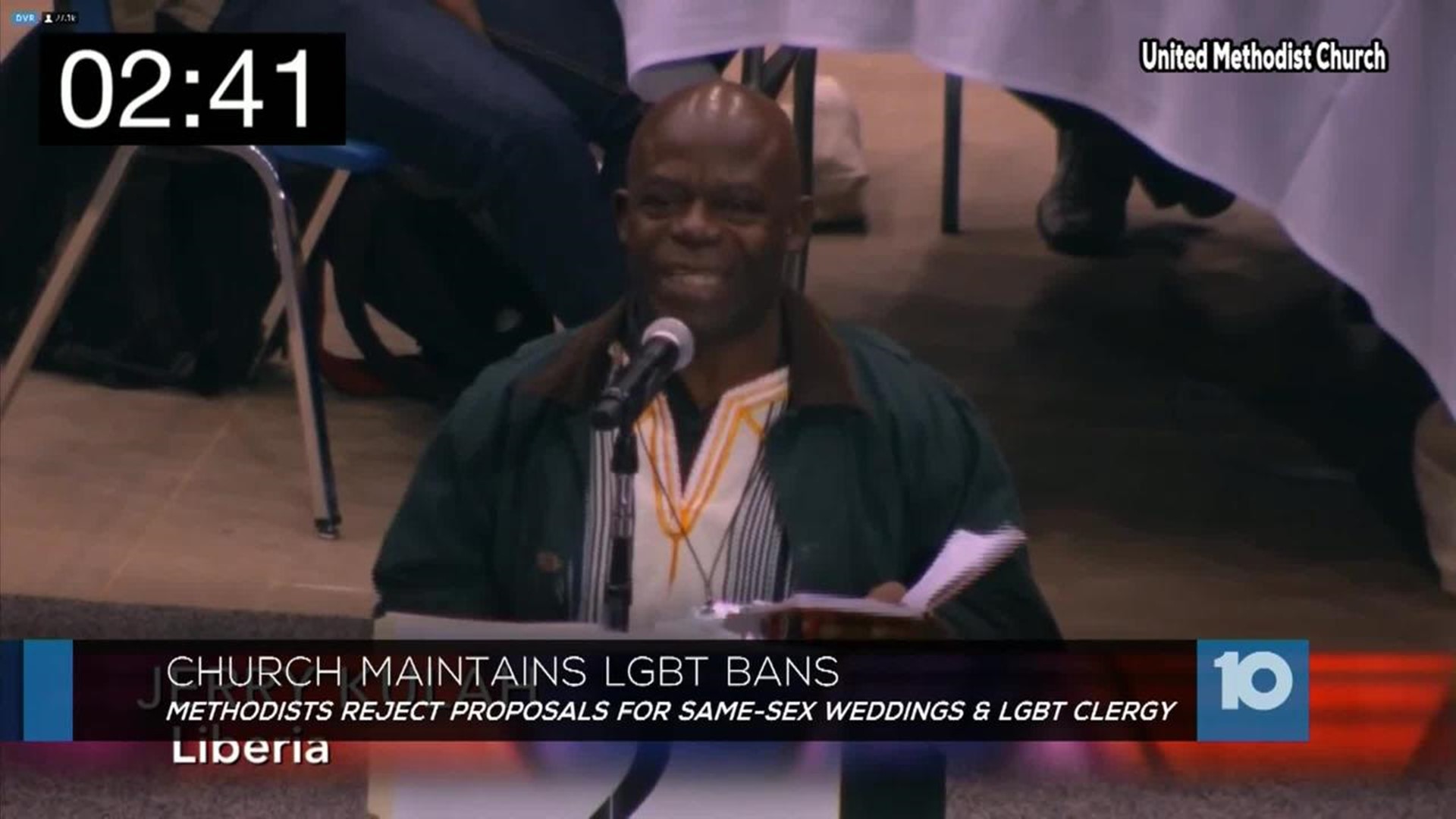 An emotional, potentially historic debate is underway over the future of the United Methodist Church.

Hundreds of church delegates from around the world, and Columbus, voted this week to maintain the church's ban on gay marriage and LGBT clergy.

They are gathered in St Louis.

And what they decide, some say could lead to a historic split in the United Methodist Church.

The debate is between two plans:

The "One Church Plan" would lift the church's ban on same-sex marriage and LGBT clergy.

It would also remove language from the church's law book that says "homosexuality is incompatible with Christian teaching."

In votes Monday and Tuesday, delegates defeated that plan.

Tuesday afternoon they had yet to vote on the "Traditional Plan" that would keep the ban, and require stricter and more consistent enforcement.

"It may be easy for onlookers to believe the church is void of voices like ours," said conference attendee Aislinn Deviney in support of the "Traditional Plan." "Let me assure you this is not true. there are thousands of us in your local churches, fiercely committed to a traditional definition of marriage. One man and one woman."

"The 'Traditional Plan' is not only a traditional plan, but the biblical plan, that ensures that God's word remains foundational for the life and growth of the United Methodist Church," said Jerry Kulah, a conference attendee.

Pastor Angie Cox and Justin Nelson Nowakowski from Broad Street United Methodist Church in Columbus are attending the conference in support of the "One Church Plan."

They were devastated by its rejection.

"I remember years ago, in the Pride parade, someone said to me, 'Do you really think God loves me?' And of course, I was able to say 'Yes, God absolutely loves you.' And to me, I think we have time to reflect on the fact that when we go back home, we as the United Methodist Church have sent a message to them that as a body, we may not think that," Nowakowski said.

"I think that the way we are witnessing the United Methodist Church, I think we are going to see some repercussions from that," said Cox. "That people are going to feel like they cannot be in the United Methodist Church and be viewed as a beloved child of God, and they will feel that they cannot be whole within our denomination, and that is truly heartbreaking."