Only 1,500 fans were allowed at tonight's game against FC Cincinnati. 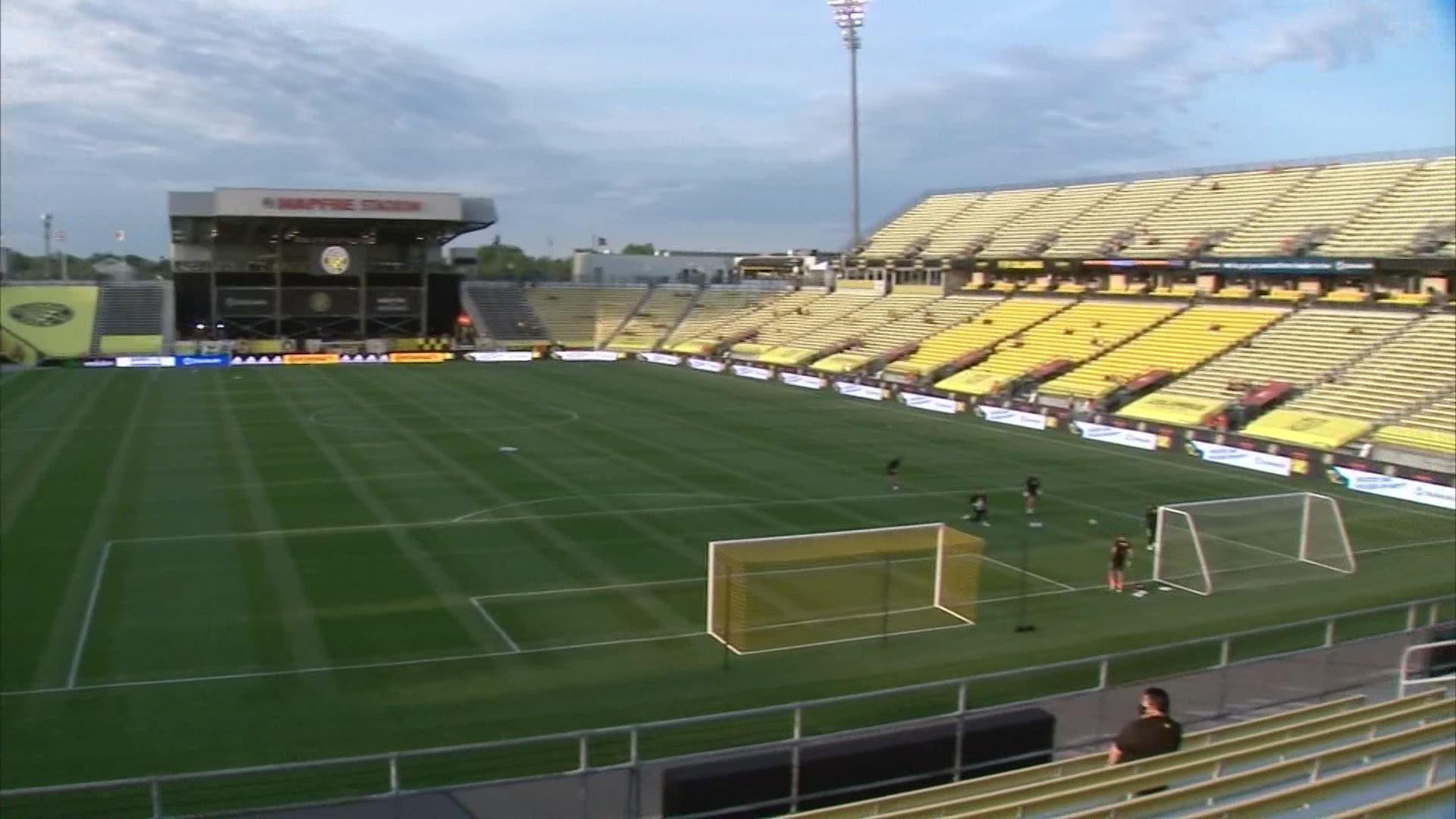 COLUMBUS, Ohio — There was a lot of cheering and chanting inside of MAPFRE Stadium Sunday night. However, fans and staff had to follow new COVID-19 safety protocols and precautions in order to keep everyone healthy.

Person after person walked through the gates of the stadium, all with smiling faces.

As part of the Responsible Restart Plan, Columbus Crew SC officials said they reduced capacity for the match to 1,500 people with tickets.

No tailgating was allowed before the game in the parking lot.

“We’re season ticket holders. My whole family has season tickets. So we come with my brother and my parents,” Luke DeLeon said.

Listen to these fans! @10TV pic.twitter.com/d6KlZaFS1Z

Jamie and Luke DeLeon told us they love the Crew game’s so much that for their first child, they had their baby announcement at one of the games.

“We put a little onesie in our seats and said we’re having a baby,” Jamie said.

Tony Casa works at Suzi-Cue Pool Hall on Fourth Street. He’s the event producer and part of the bar staff.

“Suzi-Cue Pool Hall has been a Crew supporter since the beginning. They were one of the biggest supporters when it came to saving the Crew. We’ve been representing the Crew since 1999,” Casa said.

He said he was working during the game tonight and was excited to see fans coming in to watch the game. He said the bar is also following strict safety protocols.

Casa said the bar’s owner was at the game.

“He refuses to miss things like these, he’s such a die-hard supporter,” Casa said.

As for the new safety protocols, everyone must wear a mask. The seats are designed and selected for six feet distancing between fans and trusted pods. Crew officials said they also removed field seating and anywhere between 2-6 rows in the lower bowl. The Upper 90 Club will not be open to the public for the 2020 season.

Fans told us it was nice to be out of the house and not cooped up inside as they have been for months.

They also liked and trusted the new plan.

“We’re not overly cautious, but we’re really cautious with another baby on the way but we really like their plan, it seemed pretty safe to us,” Luke said.

We spoke with several people who said that they are hoping others inside of the stadium are taking the precautions seriously.

“Just so we can enjoy these times and be safe about it,” Jamie said.

“We’re going to take every single step necessary to make sure we can continue doing this,” Casa said.

Crew officials said they worked with medical experts, industry leaders and the MLS to come up with the Responsible Restart Plan.

They also said all staff will go through daily temperature checks and symptom screenings.