For the first time, the Columbus Clippers and Columbus Crew both played home games in the Arena District during the same night. 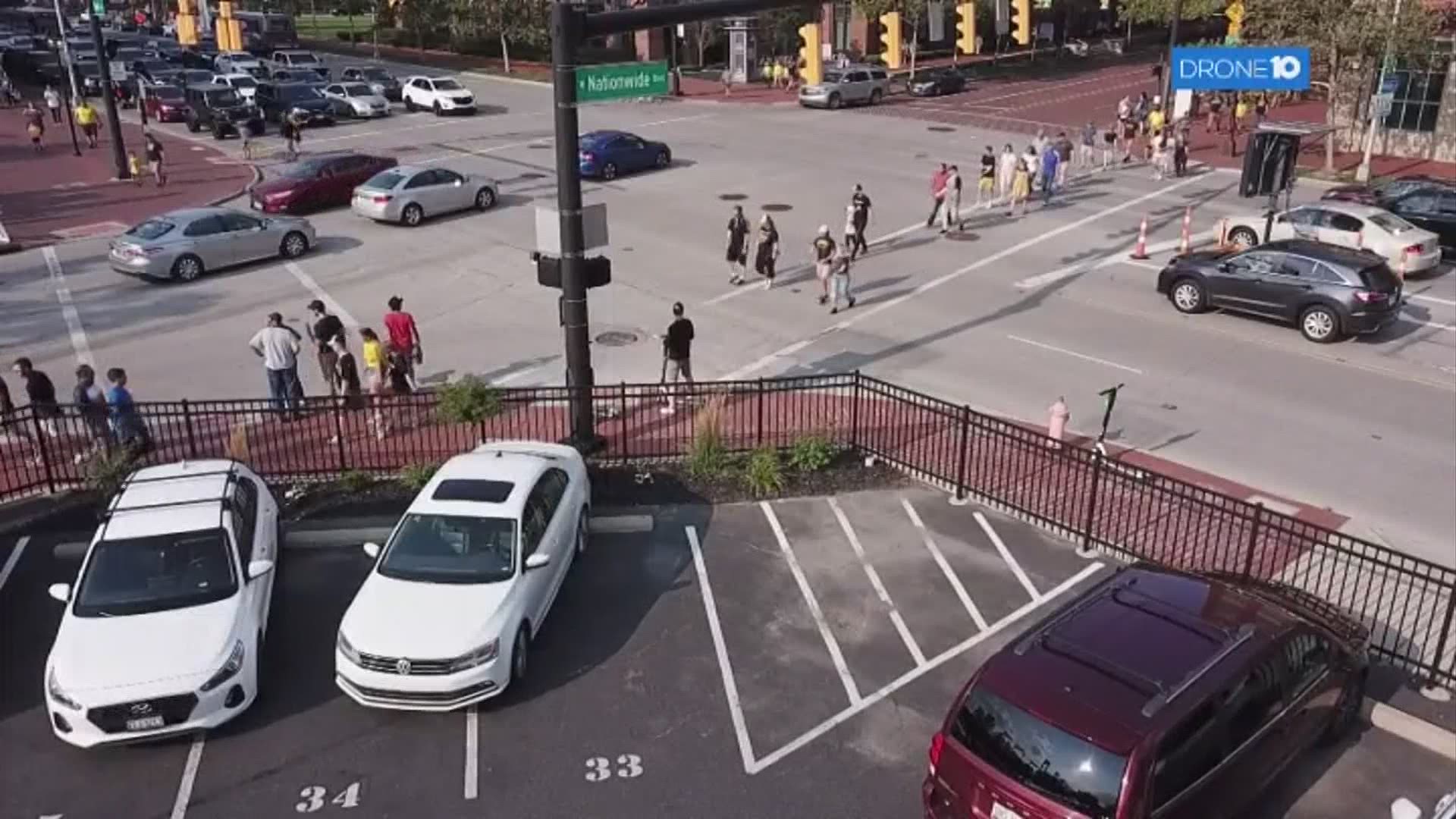 COLUMBUS, Ohio — The Arena District was packed with thousands of fans Wednesday night. Whether you wanted to watch baseball or soccer there was something to do.

Normally a Columbus Crew and Columbus Clippers game at the same time hasn't been a problem because Historic Crew Stadium was out by the Fairgrounds.

Now that the Crew play downtown at Lower.com Field, there are some new challenges.

But the best seat in Huntington Park belonged to the smallest fan.

“I went to the Clippers at grandma's one time,” said John Tucciarone. He and his family couldn’t wait to get to their seats. His parents, Andrew and Amy, wanted to make sure they got there early enough and didn’t miss a thing.

“We got here about an hour early. Because it’s crazy. We knew it was going to be crazy,” Andrew said.

For the first time Crew and Clippers fans merged together on the same night, at the same time, just blocks apart.

It created a crazy situation for parking in the Arena District.

“We actually prepaid for parking before we came down because we got the Clippers alert on Twitter that it was going to be crazy. We were able to pull right in over there and get a spot,” Amy said.

Many fans parked farther away from the two stadiums. A Crew fan, Nick Clingman, said it’s easier on his pockets.

“The walk back is always worse than the walk there. It's definitely different to be here instead of tailgating. We're walking with tens of thousands of people,” Clingman said.

Thousands of steps were taken to get those great seats, but for the Tucciarones, every step was worth it.

“It's a fun atmosphere, good to see this many people out and about after a year of hiding in my basement,” said Andrew.