Not only will the banner appear at this weekend's game, but fans plan to have Crew players sign it and give it as a gift to the Blue Jackets. 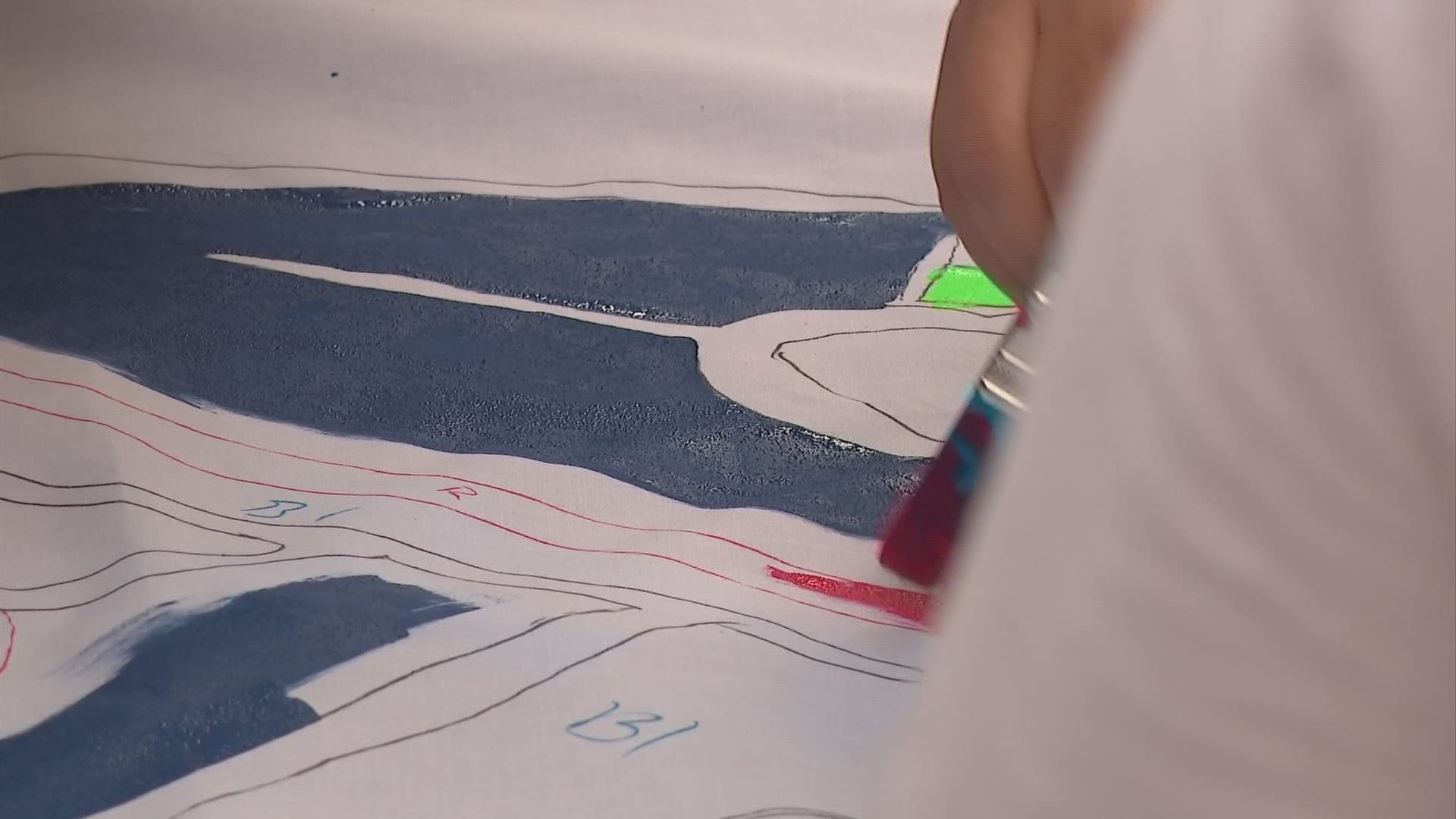 COLUMBUS, Ohio — Sports fans in Columbus came together to create something special in honor of a beloved athlete.

Columbus Crew fans teamed up with Columbus Blue Jackets fans on Thursday to create a two-stick banner ahead of the Crew's match on Saturday. The banner will honor goalie Matiss Kivlenieks, who died on July 4.

"As Crew fans, we know what it's like to lose a player too young when we lost Kirk Urso," Brian Klein said. "We reached out to our community to see if we wanted to do something like this and immediately it was a resounding yes."

The small group gathered outside of Nationwide Arena to create the banner. They took turns using paintbrushes to add color to the artwork. The design is a secret, but the message was clear.

"[It's] just something to honor Kivi, thank him for what he did for the Jackets while he was here, and let his family and everybody know that we love him and will always be thinking about him," Sabrina Fisher said.

Not only will the banner appear at this weekend's game, but fans plan to have Crew players sign it and give it as a gift to the Blue Jackets.

"No matter what, we're here," Klein said. "Even if we are staunch Crew fans, we still understand and we still want to be Columbus sports fans. That's what it's all about."