Police plan to step up enforcement, while city council plans to vote on legislation to increase penalties. 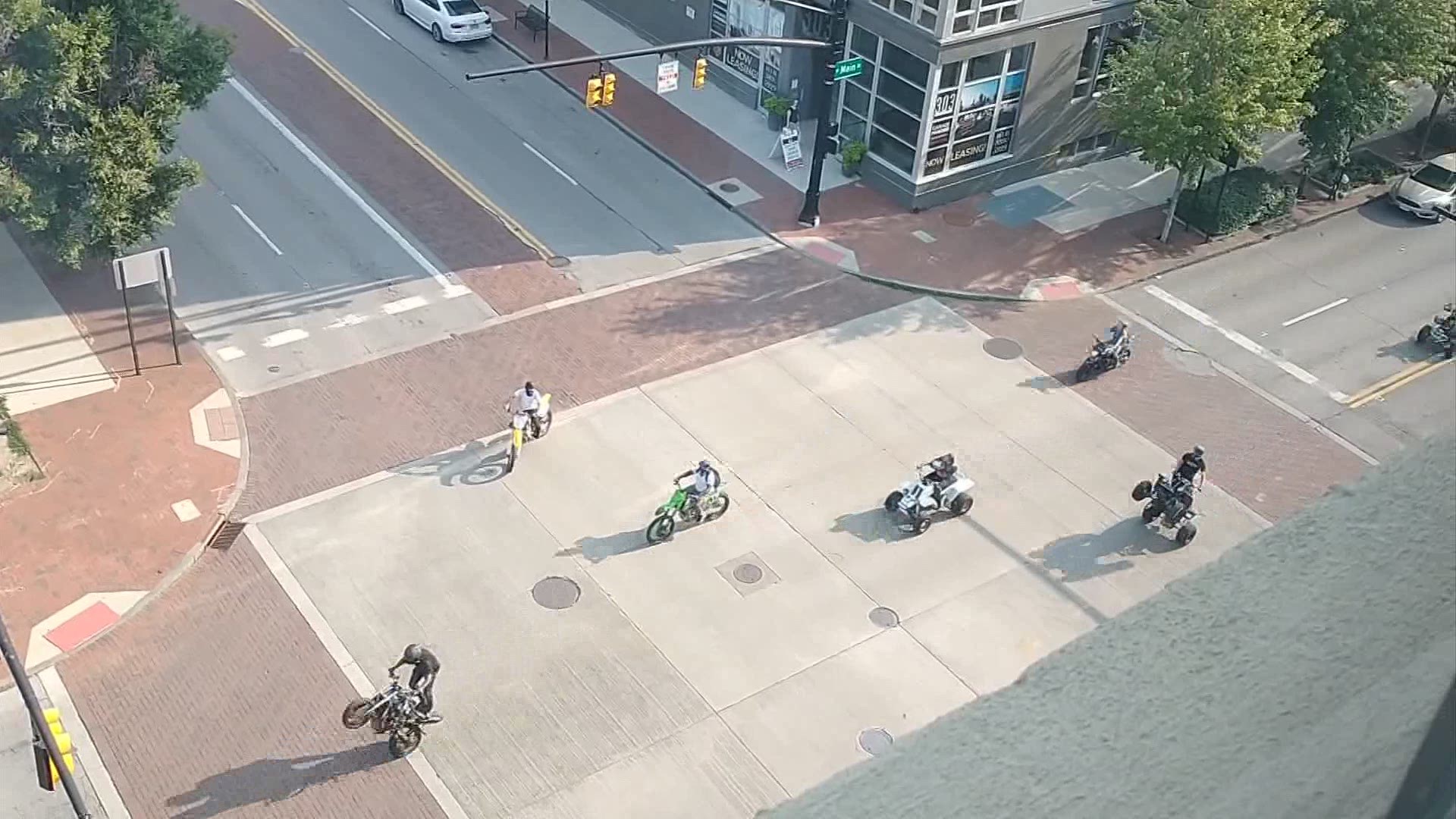 That was the message from Columbus city leaders and representatives from other area law enforcement agencies on Wednesday. The group announced a crackdown on the reckless operation of ATVs and dirt bikes, citing more than 700 service calls on the issue.

It’s a problem 10TV first reported back in May.

“This reckless behavior displayed by these individuals is more than a noise issue, it’s more than a nuisance, it’s a quality-of-life issue,” Columbus Police Chief Elaine Bryant said. “It is a safety issue that could lead to serious injury and loss of life.”

Police showed a YouTube video of riders racing through streets in and around downtown Columbus, stopping traffic, popping wheelies and weaving in and out of lanes.

“It’s clear from these videos that they have the impression that we’re going to tolerate this, and I’m here to tell you, that’s not going to be the case anymore,” Columbus Deputy Chief Jennifer Knight said.

Police say they plan to step up enforcement, but they did not go into specifics. Part of the challenge will be going after the riders because that does not fall within police chase policy.

“There are ways in order to be able to reduce this and address it that doesn’t necessarily involve chasing, so we’re going to be doing that as well,” Chief Bryant said.

The new chief also addressed some of the criticism of the Wednesday announcement in light of the city’s recent gun violence.

“These ATVs are just as serious as anything, these dirt bikes, because they can cause loss of life and serious injuries as well, and a lot of crimes like these lead to other crimes as well, so, while we absolutely have to address our homicides, and we are working on that, we also have to look at everything, crime as a whole, and make sure that we’re creating a safe environment for everyone,” she said.

Along with stepped-up enforcement, leaders are turning to new city legislation to help. Council plans to vote on an emergency ordinance Monday night. The legislation would increase the current fine for such reckless activity from between $150 and $250, up to between $500 and $1,000.

“I think you have to take small measures, and this is one of those small measures that you have to take to deal with the issue of control so that people in the community realize that law enforcement is going to be engaged,” said council member Mitchell Brown. “These things occur late at night, and part of the reason why you did not hear a strategy specific from law enforcement is because they’ve got to catch these people doing these things, and they’re going to do that, so we’re putting them on notice.”

It’s welcome news for Sharon Pallas, who has lived in downtown Columbus for the past eight years. She says she’s seen the increase in the reckless behavior by ATV and dirt bike riders during the past year or so.

“Safety is very much a concern,” she said. “We walk around on the sidewalks in the evening, or we’re out and about during the day when they’re racing, and we’ve seen people coming up on their dirt bikes on the sidewalks and coming down the centers and whipping around the buses, and it’s just, it’s very scary.”

As for the announcement about stepping up enforcement, she’s taking a wait-and-see approach.

“I’ll keep my fingers crossed,” she said. “I’ll believe-it-when-I-see-it kind of a thing because we’ve heard things like that before, and it hasn’t come through yet, so I’m hoping with some of the new personnel here that that will help the situation. I’ll believe it when I see it or don’t see it.”