Dr. Quinn Capers IV tweeted a powerful message this week amid what he calls a two-pronged threat to the black community – a global pandemic and racism. 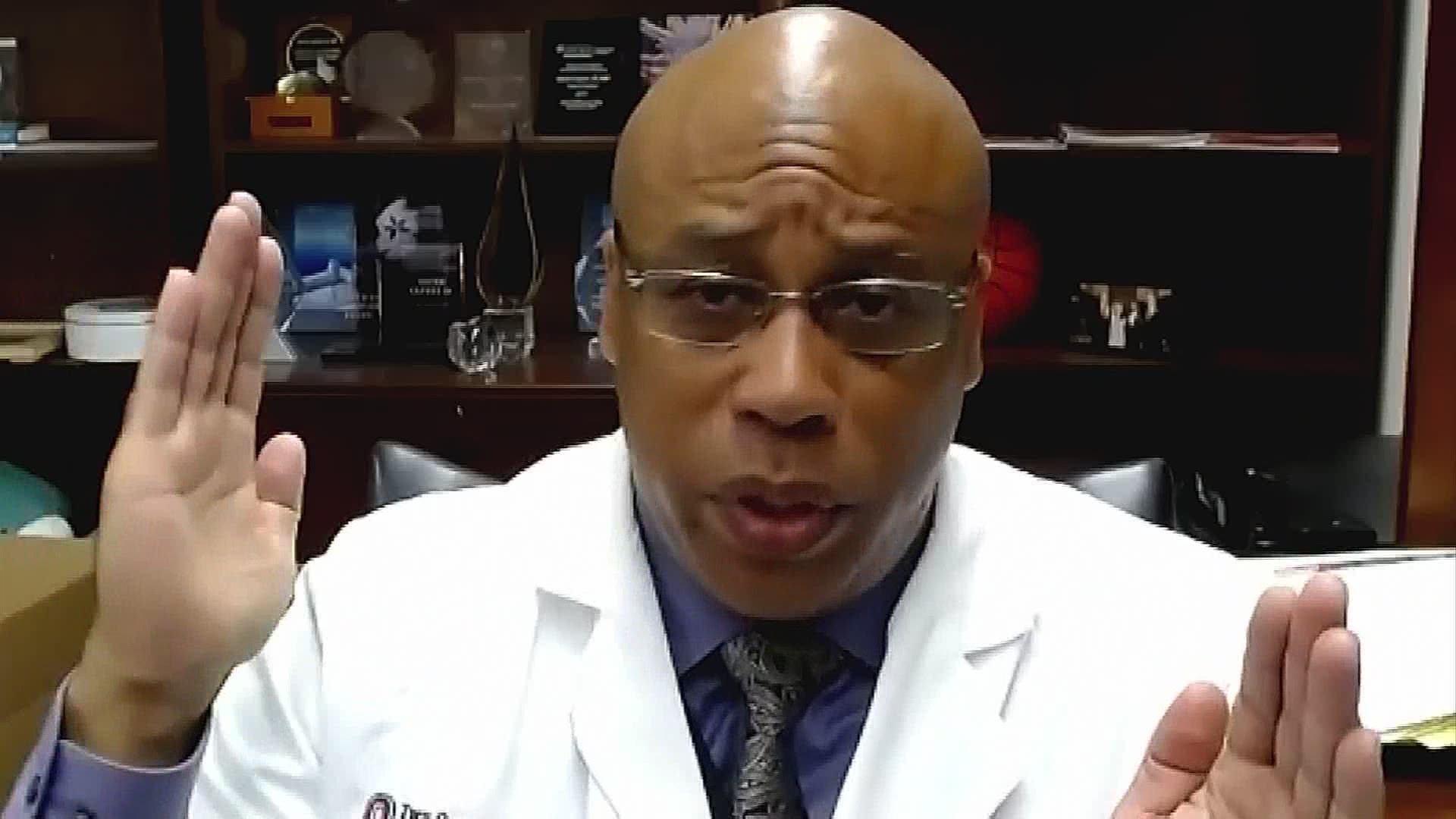 COLUMBUS, Ohio — Dr. Quinn Capers IV was once a little boy in Dayton who dared to dream.

“I really never wanted to be anything else,” he said “With me, it was consistent. I always wanted to be a doctor. But I was in an environment where that was a little unusual.”

He says he grew up in a single-parent household, on free lunch, in a community where expectations were low.

“We had one library, one library in my community in west Dayton, and I logged a lot of hours there where I would just get lost reading books, and I can remember having to, at times, my crew that I ran with, having to hide from them the fact that I was going to the library,” Dr. Capers said.

But that didn’t stop him from immersing himself in books, from reading about Greek mythology to the lost city of Atlantis to black history heroes. And he did all of that, surrounded by some negative influences. He describes going to high school each day by walking through a cloud of marijuana smoke.

But he had one powerful voice of support in the early years that has stayed with him all time.

“I just have to give praise to one teacher in particular, in the 4th grade, named Ms. (Ruth) Sherer,” Dr. Capers said. “Once she found out that I wanted to be a doctor, every time she saw me after that, she called me Doc, and that just made me feel 10 feet tall. That, to me, made it feel like, oh wow, this is really, this is going to happen.”

And it did happen. That little boy from Dayton moved to Washington, D.C., to attend Howard University. He went on to study medicine at The Ohio State University and finished his training at Emory University in Atlanta.

And he still vividly remembers the moment he first donned that white coat.

“I had this out-of-body experience of feeling like, this is what my whole life has been leading up to, and I was just so happy and so proud, and, as I tell people, I felt like literally, my feet weren’t touching the ground. It felt like I was levitating down that hallway,” he said.

These days, he’s back at the college he attended, as a vice dean for faculty affairs at OSU College of Medicine.

He spends time mentoring young people and encouraging other black men to enter the field of medicine. And the recent unrest in our country has only intensified his focus on helping the black community.

“Those two things together, making black people feel trapped between an infectious disease on one hand and racism on the other hand, that it can lead you to feel hopeless and frustrated and like, do I belong here, I might as well give up, and so I wanted to send a message of hope,” he said.

Dr. Capers spent about a day and a half mulling over a tweet he finally sent earlier this week.

The tweet was liked by thousands of people, and Dr. Capers says he was happy to see such a warm response.

“The purpose of that tweet was to give some hope and to let children know, and others, to be persistent, be resilient, because, you know, dreams really do come true,” he said. 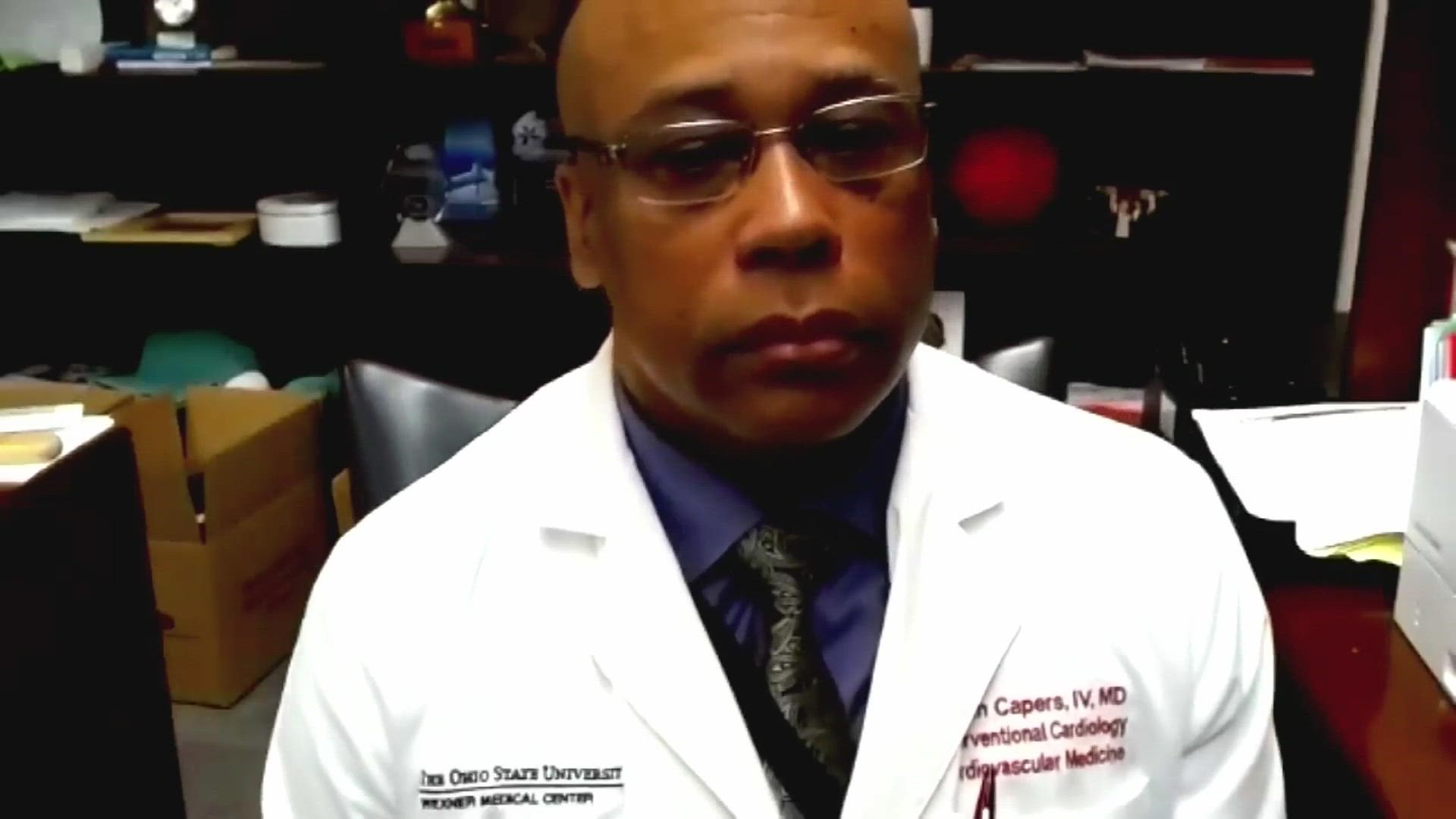