Columbus bicyclist that got trapped under tree wants to inspire others

Bicyclist that got trapped under a tree is recovering and has a message for other riders. 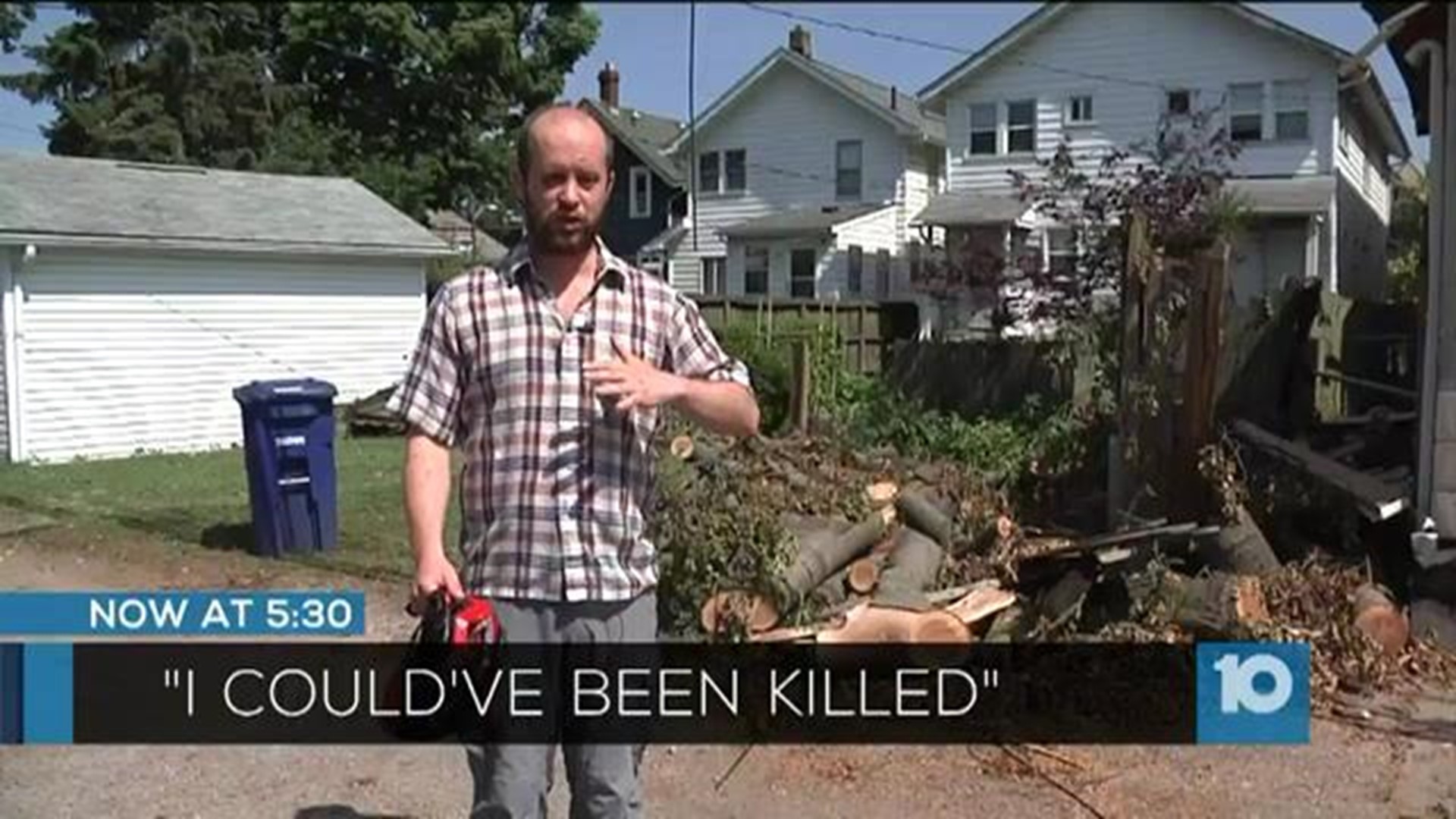 Last week, on Tuesday, David Humeston was riding his bike home from work in an alley near East Moler Street. He said he was about halfway when it started to downpour and the wind picked up.

The last thing he remembers is looking over his left shoulder and seeing a massive tree falling.

He's slowly healing from five spinal fractures, a broken nose, broken cheekbone, four broken ribs with one of them piercing and collapsing his lung.

Luckily, his neighbor heard his scream for help and immediately ran over to help. His name, Ben Moran, told his wife to call 911.

Humeston said at that point, he was still on his bike but under the tree. He said he doesn't remember much, but remembered trying to move his legs and arms. He said he knew they weren't broken, but he knew he was in serious trouble.

Now, he's urging other bicyclist or people using the scooters around the city, to be alert and take every safety precaution. He said he is going to continue being a strong advocate for alternative transportation.

"This was a freak accident, you can't plan for something like this, but I will say that my helmet saved my life," Humeston said.

He showed us his helmet, that had several cracks in it and even had pieces of the tree stuck in it.

He hopes his story helps others realize how important it is to wear a helmet, whether it's a quick commute or not.