Sgt. Peppercorn’s Marathon will be livestreamed beginning at 11 a.m. on New Year's Eve. 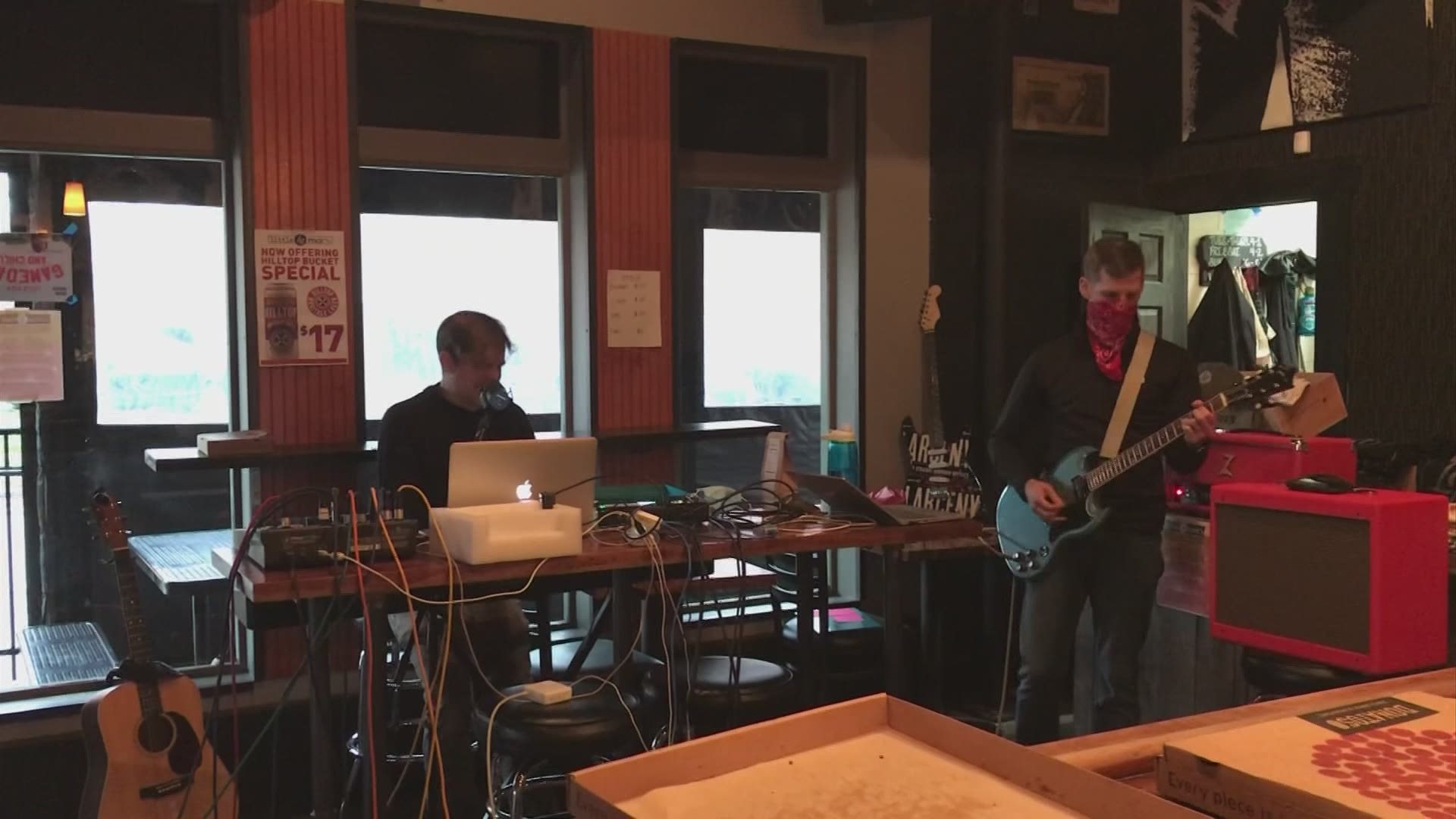 COLUMBUS, Ohio — Every year, thousands of people crowd into The Bluestone in Columbus for the ultimate Beatles marathon: 12 straight hours of music featuring every Beatles song in chronological order.

This year, like most things, will be different because of the COVID-19 pandemic.

“Trying to plan anything beyond one minute into the future is beyond impossible right now so we're constantly pivoting,” says Joe Peppercorn, one of the founders of Sgt. Peppercorn’s Marathon.

The biggest pivot for this Beatles tribute band after 11 years was trying to figure out how to continue the music marathon under pandemic guidelines of social distancing and no crowds.

“I think we found the best way to do this safe and responsibly and in a way that will connect with people,” Peppercorn says of the New Year’s Eve event that will now be live-streamed starting at 11 a.m.

But that also means fewer band members and rehearsals where some musicians won’t even see each other.

“I’m planning to be in a totally different room and we've been practicing where guys can't see me,” says Chris Bolognese, a bassist in the band. Band members say auditory cues will be the key communicators for a successful show.

“It’s a new challenge, but it’s worked out well,” Bolognese adds, describing rehearsals over the past few months.

“For me, it’s actually being able to be present with everybody,” Headley said with a smile during a recent zoom interview with 10TV’s Angela An.

Phil Cogley agrees. “Having that [music] with everything else in flux is really comforting,” he says.

Donatos Pizza is hosting the event and hopes to turn this Beatles marathon into the world’s largest virtual pizza party by encouraging fans to come together to help end a year where #inthistogether has taken on so many different meanings.