The City said it bought 102 guns from citizens in exchange for gift cards. Out of those, 74 handguns, 15 shotguns, and 13 rifles were bought. 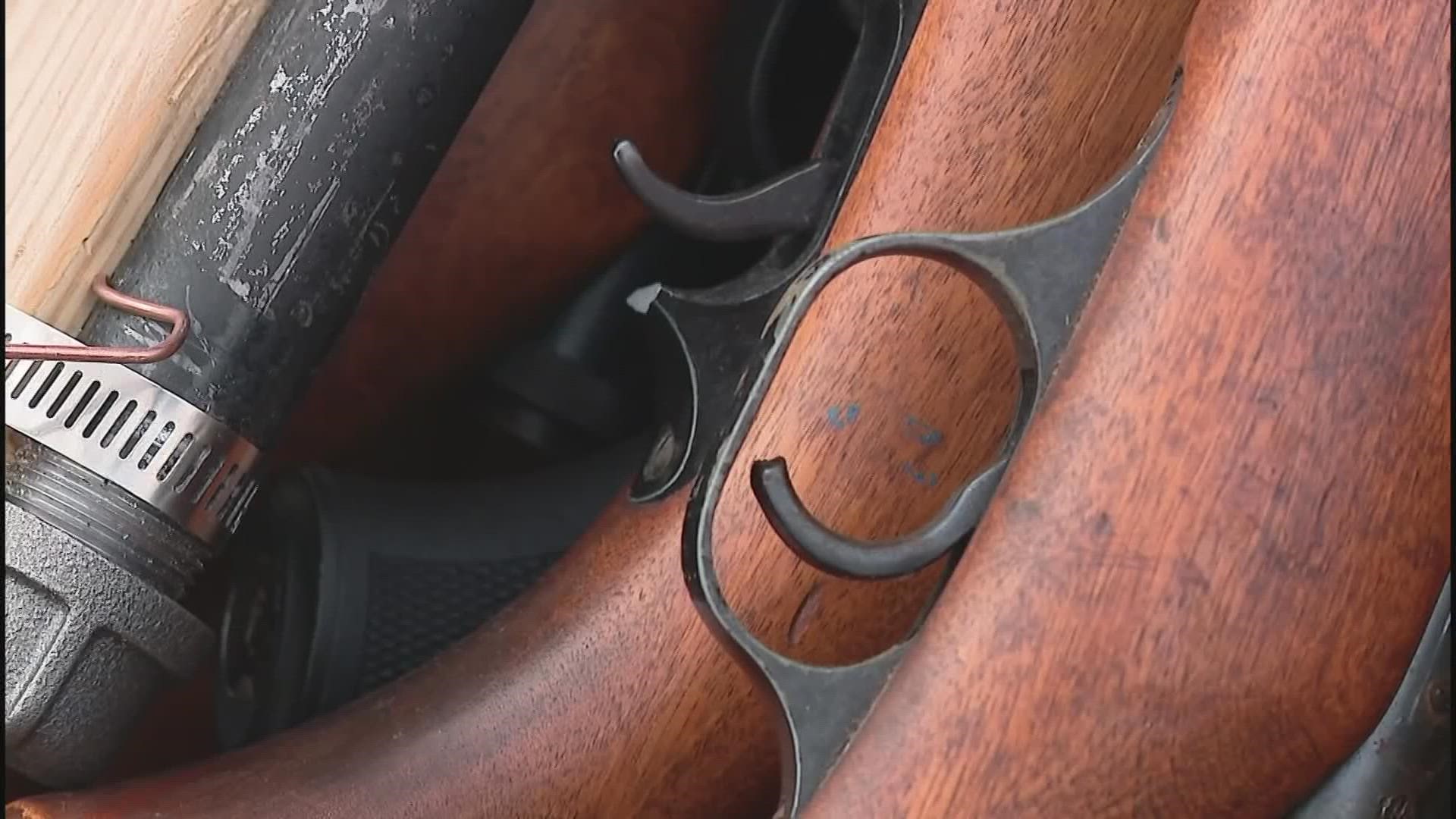 COLUMBUS, Ohio — A gun buyback program held by the City of Columbus on Saturday added a new approach to getting guns off the streets.

The City said it bought 102 guns from citizens in exchange for gift cards. That number includes 74 handguns, 15 shotguns, and 13 rifles that were bought.

In return, people walked away with gift cards ranging from $50 to $100, depending on the gun they turned in.

Stu Hampton is a community activist. His goal is to make sure the streets of Columbus are safe from gun violence.

He heard about the gun buyback program and doesn’t think it was enough.

"We've found some type of strategy that to get guns off the street, but we haven't solved the issues in the crisis that's in the community,” Hampton said.

So far this year, 170 people have been killed in Columbus, mostly from gun violence.

Hampton and others are working to lower the number of people killed in Columbus every day. He mentors the youth through his organization, the Linden Community Engagement Resource Team.

"You know you can give a $50 gift card to somebody to buy a gun back, but if you're in a community where it's easy to go in an alley and get that gun right back, I mean, it's that simple man,” Hampton said.

He said the key for strategies to work is consistency.

"When you continue to do something, it builds. And when you build something, that's when people start trusting you more,” Hampton said.

"We have been talking about having additional events, but we want to partner with additional partners in the community, and we're going to be talking about innovative ways to do that,” Clark said.

Hampton believes gun violence can only end if the city and the community work together.

He said he is happy with the progress made but knows there's much more to do.

"Yes, 102 guns was good, but yes, we have lost so many lives. Is that going to be good enough?” Hampton said