Many businesses in downtown Atlanta were targeted. 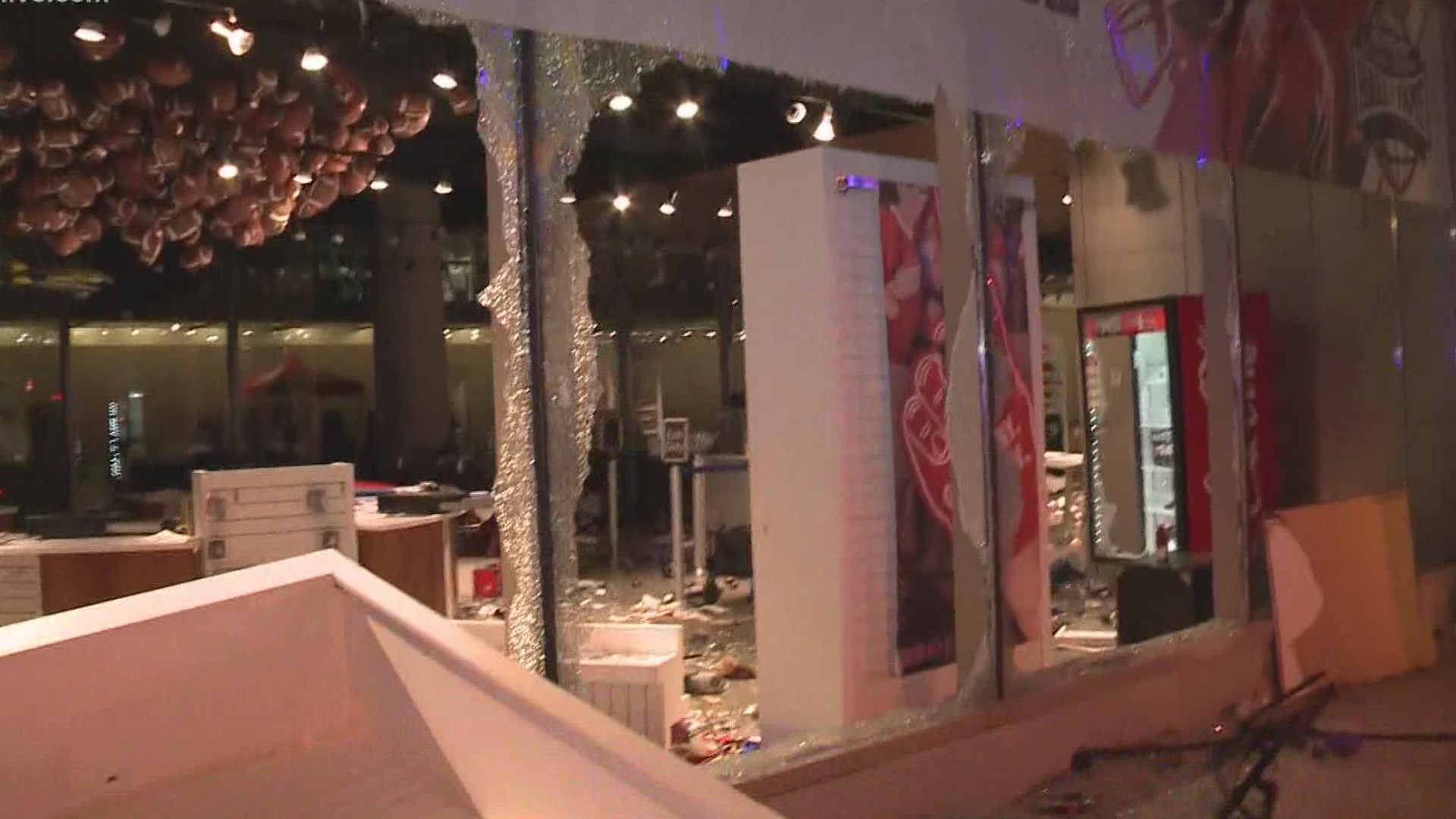 The College Football Hall of Fame in Atlanta was damaged after protesting turned violent Friday.

The building is on Marietta Street near Centennial Olympic Park where protests for George Floyd, Breonna Taylor and Ahmaud Arbery began earlier in the evening.

11Alive’s journalists on the ground saw the building's front lobby had been broken into and raided. There were broken glass and display cases inside and outside of the building. The hall of fame is just one building damaged Friday.

Since the damage, a spokesperson for the College Football Hall of Fame has released a statement that reads:

"First and foremost, our hearts go out to the friends and family of George Floyd. We support the peaceful protests that honor his memory but unfortunately, they deteriorated into chaos and disorder. We are heartbroken to see the damage to our city and the Hall of Fame. As our Mayor Keisha Lance Bottoms said… We are better than this, better than this as a city, and better than this as a country. In the coming days and weeks, we’ll work to pick up the pieces, to build back the sacred walls that housed memories and honored those who played the game many of whom fought these same injustices throughout their storied careers."

The Atlanta Police Department said they’re working to disperse the crowd and restore order. The McCormick and Schmitz restaurant and the CNN Center both sustained damage. Atlanta Police said people are both destroying and threatening officers. Video from the protests also show vehicle fires.

“Officers continue to endure nearly constant assault, including protestors shooting BB guns at them, throwing bricks, bottles, rocks and knives at them as they continue their efforts to protect property and lives. At the moment, at least three officers have been injured in the confrontation,” Public Information Officer Carlos Campos said.

He also said there have been several arrests.

Protesters seek justice for death of George Floyd in Atlanta - May 29, 2020

Throughout the protest that moved from the park to the state capitol and back, most of the demonstrators were restrained. However, at around 5:00 p.m., some gathered around the CNN Center that is located next to the park and began engaging with officers. Video from SkyTracker11 showed bottles and other items being thrown at officers. The large CNN logo outside the building was climbed on and spray painted. Then, those same cameras saw spray paint on the building. Windows on the building were also broken.