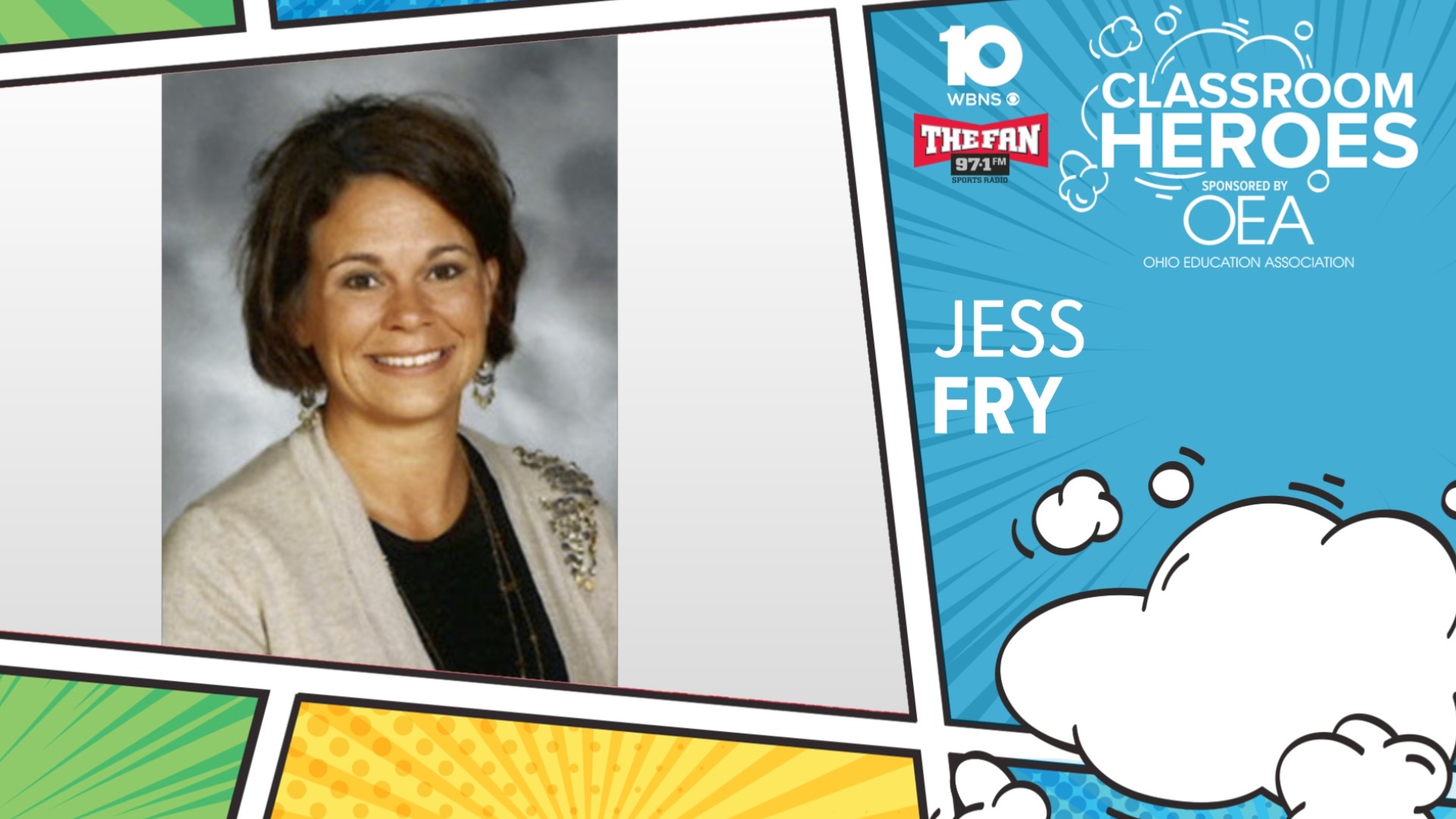 COLUMBUS, Ohio — Jess Fry is a principal who stays engaged, even if that means grabbing a breadstick on her way to hop on a Zoom call for what she thought was a parent-teacher meeting.

It turns out, she was being surprised as a Classroom Hero. And it definitely was a surprise.

“She’s probably going to kill me later, but when we surprise her, she’ll probably say, oh, I don’t deserve that, oh, I’m not a hero,” said Amy Wells, a friend and teacher at the school. “She’ll deny it, and she’ll push it off as if she’s just doing her job and everybody would do it. We all know better than that.”

Wells decided to nominate Fry for a number of reasons, including feeling that principals are often overlooked for the work that they do.

“Principals and assistant principals, in not only our district but probably all districts, are just seen as somebody who sits in the office and nobody realizes all of the work that they do every day just so that teachers and students can have their school day,” she said.

But that is certainly not the case with Fry, who is often seen throughout the school, connecting with students.

She credits her staff and the families for making the school community so great. But it just goes back to the basics when it comes to her love for working in education.

And she did all of that while helping to lead her school through the challenges of the pandemic. Wells gives her plenty of praise for that.

“She has worked immensely over time and all summer and late nights and early mornings to make school be a place where kids are safe and students are safe and parents can still be involved, and it’s just important that she knows that we can’t do it without her,” Wells said.