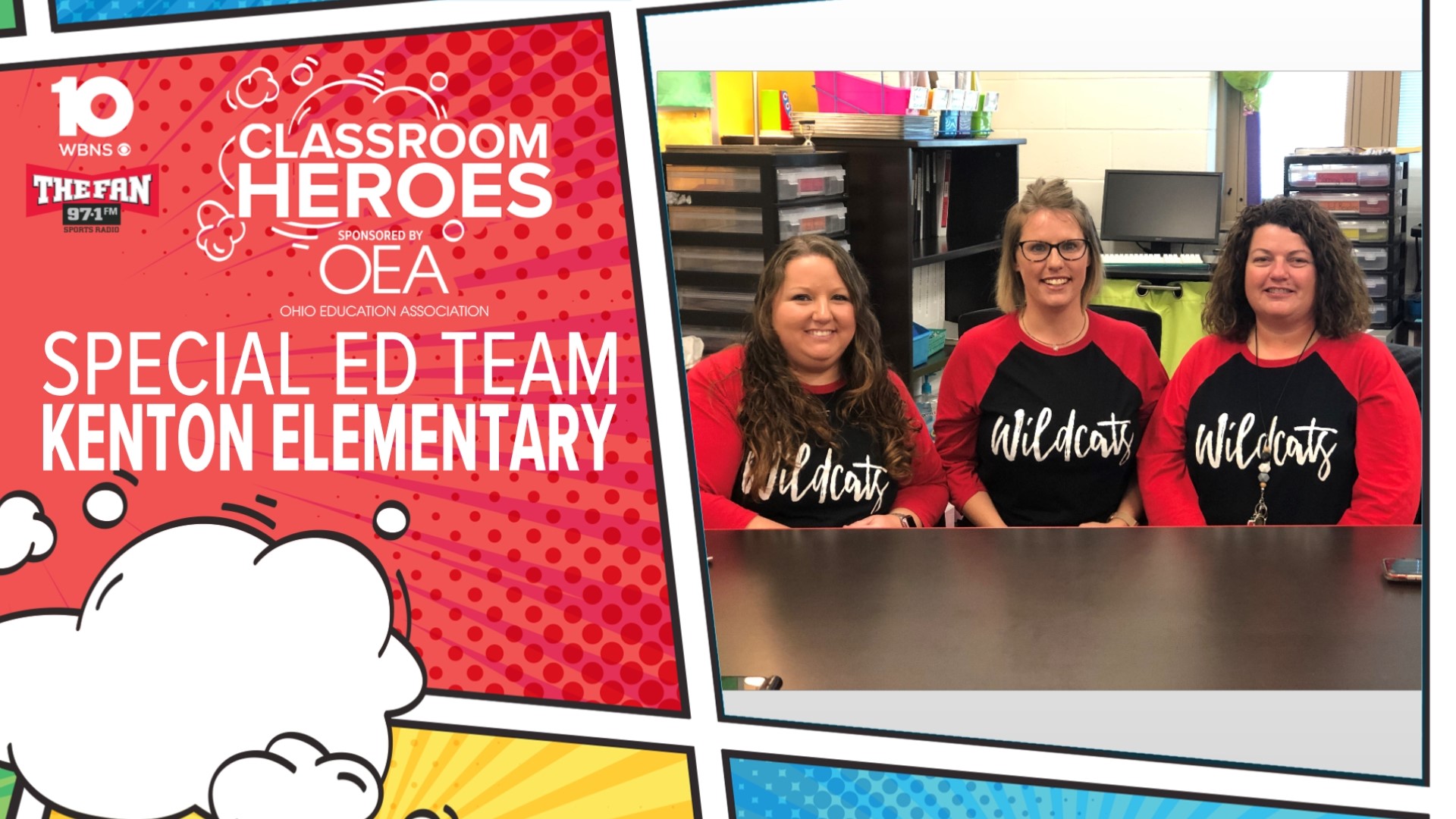 COLUMBUS, Ohio — Nikki Wallace had never heard her son Aydan say, "I love you." But, that was before he met Brandy Cox, Autumn Brown and Amy Brown.

The 10-year-old went from communicating with picture cards to using sign language and now a special communication device. He can even verbally tell his mother that he loves her.

“Having a special needs child, it’s hard to trust anybody since they don’t talk. And I just love them, I trust them with him,” Wallace said. “They’ve taught him so much and I’m just very grateful that they’re in his life.”

The educators have worked with Aydan for several years and have enjoyed watching him grow.

“He has been able to open up and share a little bit about himself and share a little bit about what it means to be autistic and what it means to have a device. How that is important and how it impacts his life. So he’s definitely been able to educate, not just our classroom and help us to grow with him, but also his other peers he’s around and he sees every day,” Cox said.

Aydan now often interacts with other students, both inside and outside of the special education community.

“It’s been a wonderful thing to watch him grow and communicate with his friends at school now,” Amy Brown said. “A lot of them are intrigued by his device and want to learn how to use it, even with his typical peers, to be able to talk back and forth with them.”

Wallace said it was tough on Aydan to be away from his teachers during the pandemic, and she says all three made special efforts to stay connected to him.

“They actually genuinely care about his well-being,” Wallace said. “It makes my mama heart happy.”

While Wallace is grateful for her son’s educators, they are equally grateful to be able to know and teach him.

“Seeing and working with him, seeing how he’s made all his gains and all the kids, how much they have learned from us, not only (do) they learn from us, but I learn from them also,” Autumn Brown said.