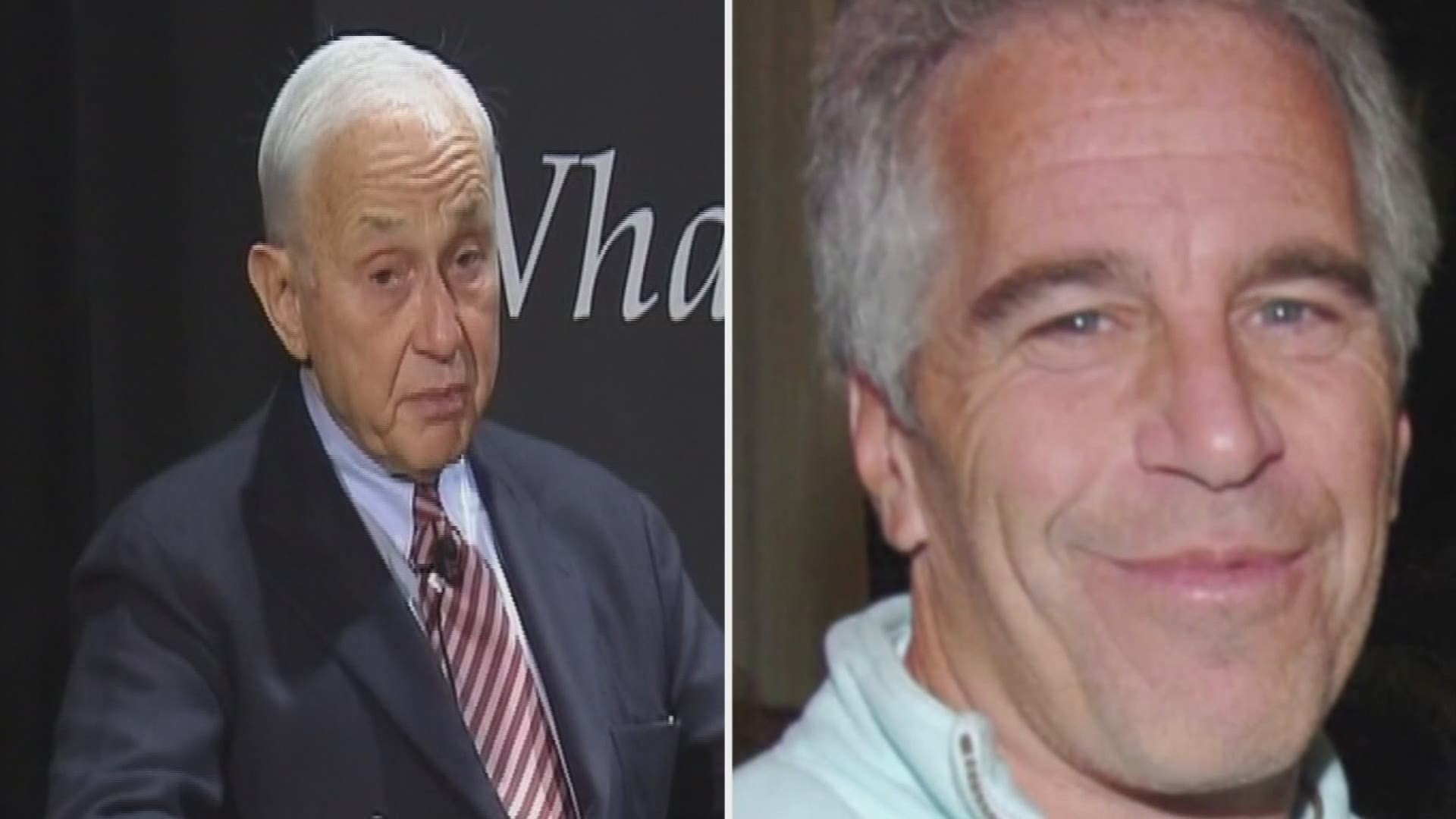 A civil complaint filed in Delaware State Court by a current L-Brands shareholder accuses Leslie Wexner, the former longtime leader of L-Brands, of creating a culture within his company "...which caused the Company to have an entrenched culture of misogyny, bully and harassment, as well as ties to Jeffrey Epstein and other egregious mismanagement."

The court document alleges that both Les and Abigail Wexner should have known that Epstein was a bad man.

The attorney representing the plaintiff in the complaint spoke with 10TV's Kevin Landers.

“By giving him access to other things to their home and property they aided and abetted this conduct,” says Richard Greenfield, the attorney who represents the plaintiff Nancy Lambrecht, a current shareholder of L-Brands.

What makes the complaint newsworthy is that for the first time it names Leslie's wife, Abigail Wexner, as having more than a financial connection to Epstein.

Epstein is the now-deceased convicted sex offender who controlled millions of the Wexner's fortune as their financial advisor.

The complaint alleges "the Wexners' let Epstein use their home for liaisons with victims." One of Epstein's victims, Virginia Giuffre, has claimed that he directed her to have sex with Mr. Wexner, among others.

Another victim, Maria Farmer, has accused Abigail Wexner of acquiescence while Epstein and Ghislaine Maxwell sexually assaulted her in the New Albany compound and, effectively imprisoned her there and kept her under security guard."

Greenfield admits his client was not a witness to any crimes and allegations in the lawsuit come from news reports, Wexner’s public statements and discussions with counsel.

"I have no doubt that discovery will show either through documents or telephone records or other testimony from other witnesses that the Wexners knew Epstein was using their New Albany home.

When asked if Epstein used the home to commit the crimes, Greenfield said "that's a leap that you're making that the complaint does not. We're saying that they knew or should have known what Epstein was up to."

The Wexners still maintain their home in New Albany.

10TV contacted L-Brands, which includes Victoria's Secret, for comment but we have not received a reply.

Wexner has made public he had no knowledge of Epstein's sex trafficking scheme until police found out.

Greenfield provided 10TV with a Federal Election Commission filing that he says shows Epstein was employed by L-Brands.

The complaint claims "Mr. Wexner knew or should have known that Epstein was using his relationship with the Wexner's and the Company to recruit aspiring models by posing as a recruiter and lying to them about his ability to get them.”

In 1991, Epstein was granted power-of-attorney over Mr. Wexner’s assets.

During the period of their close friendship with him, the complaint says "the Wexners intentionally transferred tens of millions of dollars to Epstein’s control, some of which was directed to legitimate charitable entities. The Wexners have now belatedly claimed Epstein also embezzled many millions of dollars from them (and their family foundation), some of which may have been L Brands’ funds. Epstein also was able to purchase one of the Company’s corporate jets at a favorable price.

On Aug. 8, 2019, Mr. Wexner sent a letter to the “Wexner Foundation Community” saying, inter alia, “we discovered that [Epstein] had misappropriated vast sums of money [believed to be at least $46 million] from me and my family…We were able to recover some of the funds.”

The complaint alleges that because of failed oversight by current and former board members, L-Brands suffered financial damages.