The effort is meant to help more residents purchase homes rather than rent and to clear out blight properties. 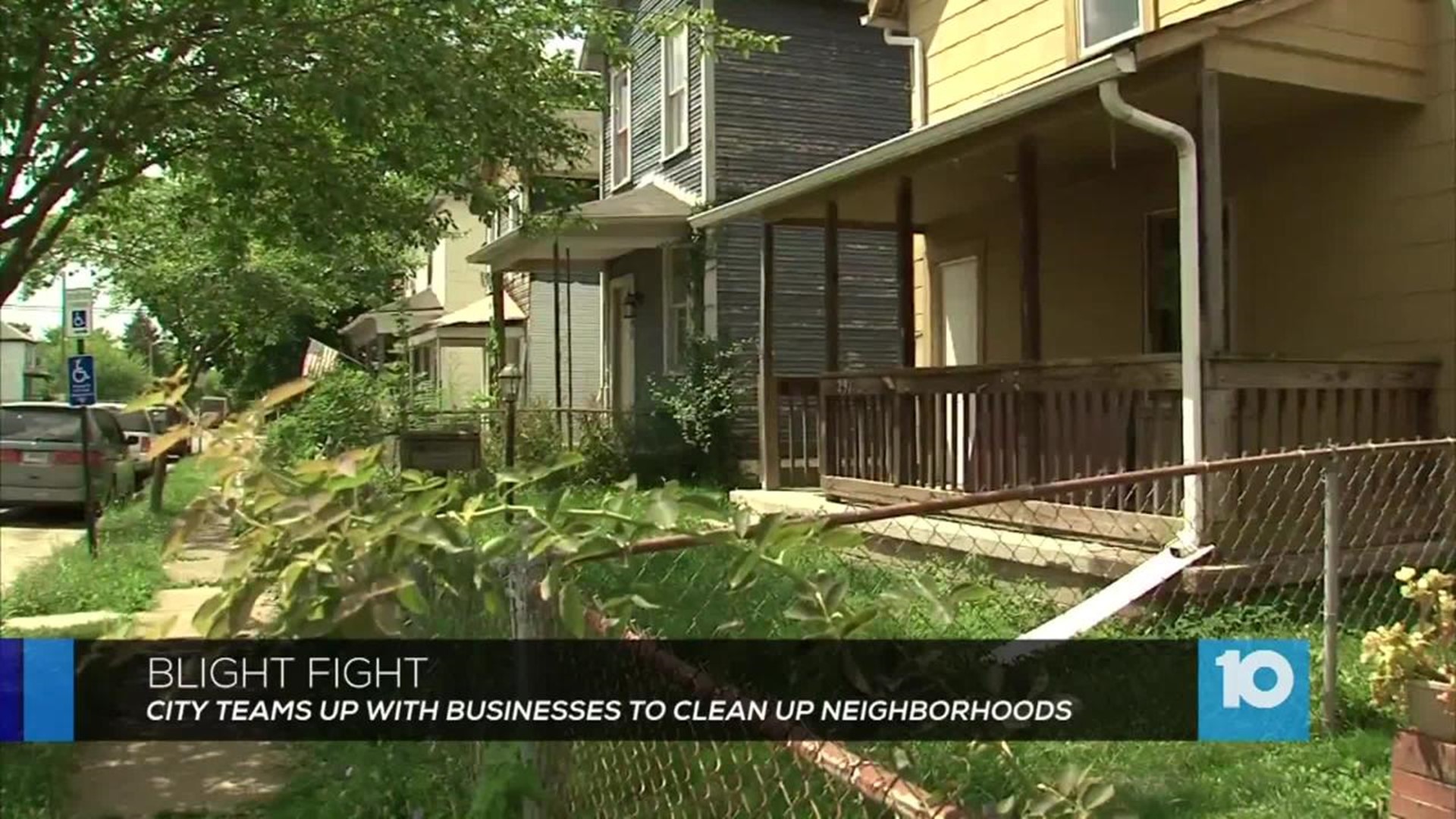 Nonprofit organizations, private corporations and city leaders are teaming up to raze problematic properties in the Hilltop and construct more than three dozen new, affordable homes.

The effort is meant to help more residents purchase homes rather than rent and to clear out blight properties.

Hilltop resident Frank Porter Jr. said he has seen the newly-built homes popping up a few houses down the street from him, but he also sees a daily reminder of the long road ahead.

The houses across the street and next to him are vacant.

"The people that moved out of there said the basement is full of water," Porter said.

It is one of the several issues that have arisen from unkempt properties that have him thinking about health concerns.

A matter of blocks from his home, the city unveiled a newly-constructed home along Terrace Avenue Wednesday.

It's one of the 39 houses involved with the new initiative. The process usually begins with a city revitalization organization buying a problem property and tearing it down.

Then, a housing non-profit organization will bring in construction crews and build a new home with the help of business donations.

Porter said its movements like this that he hopes will revitalize the entire Hilltop neighborhood.

"Fix them up or tear them down," Porter said.