The event was the first to officially kick off the 2021 Circleville Pumpkin Show on Wednesday. 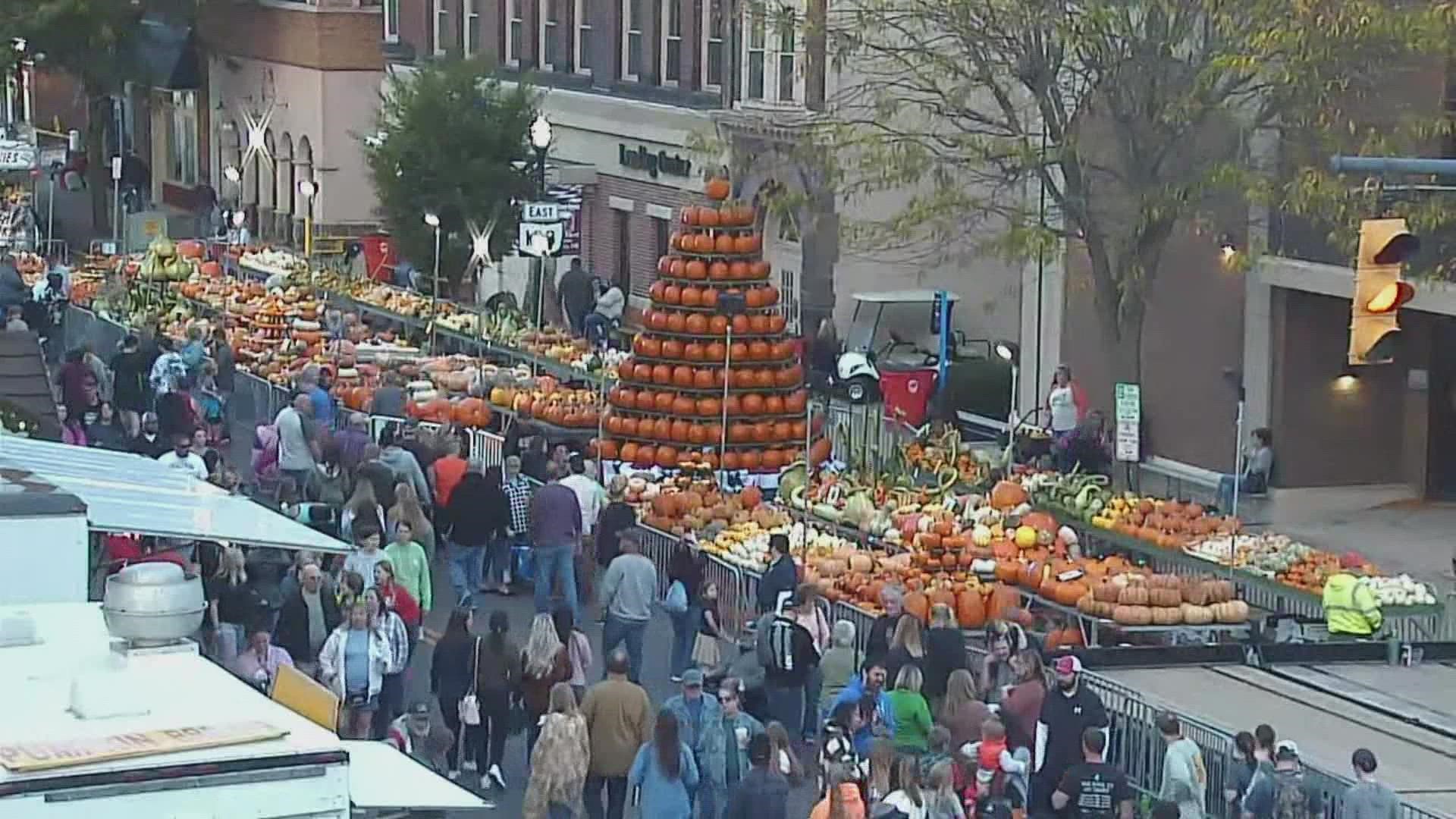 CIRCLEVILLE, Ohio — A winner has been announced for the Circleville Pumpkin Show’s Giant Pumpkin Weigh In.

Steven Thornhill is the winner of this year’s largest pumpkin, weighing in at 1,850.5 pounds. That's nearly 100 pounds heavier than last year's pumpkin, which weighed a total of 1,755.5 pounds.

The event was the first to officially kick off the 2021 Circleville Pumpkin Show on Wednesday, returning for the first time since the pandemic. Events, including parades and attractions, are scheduled to last through Saturday.

Roughly 400,000 people are expected at this year’s festivities. You can view the event schedule, parade routes and more by clicking here.