The leader of a west Columbus church believes his support of the LGBTQ community made his family a target. 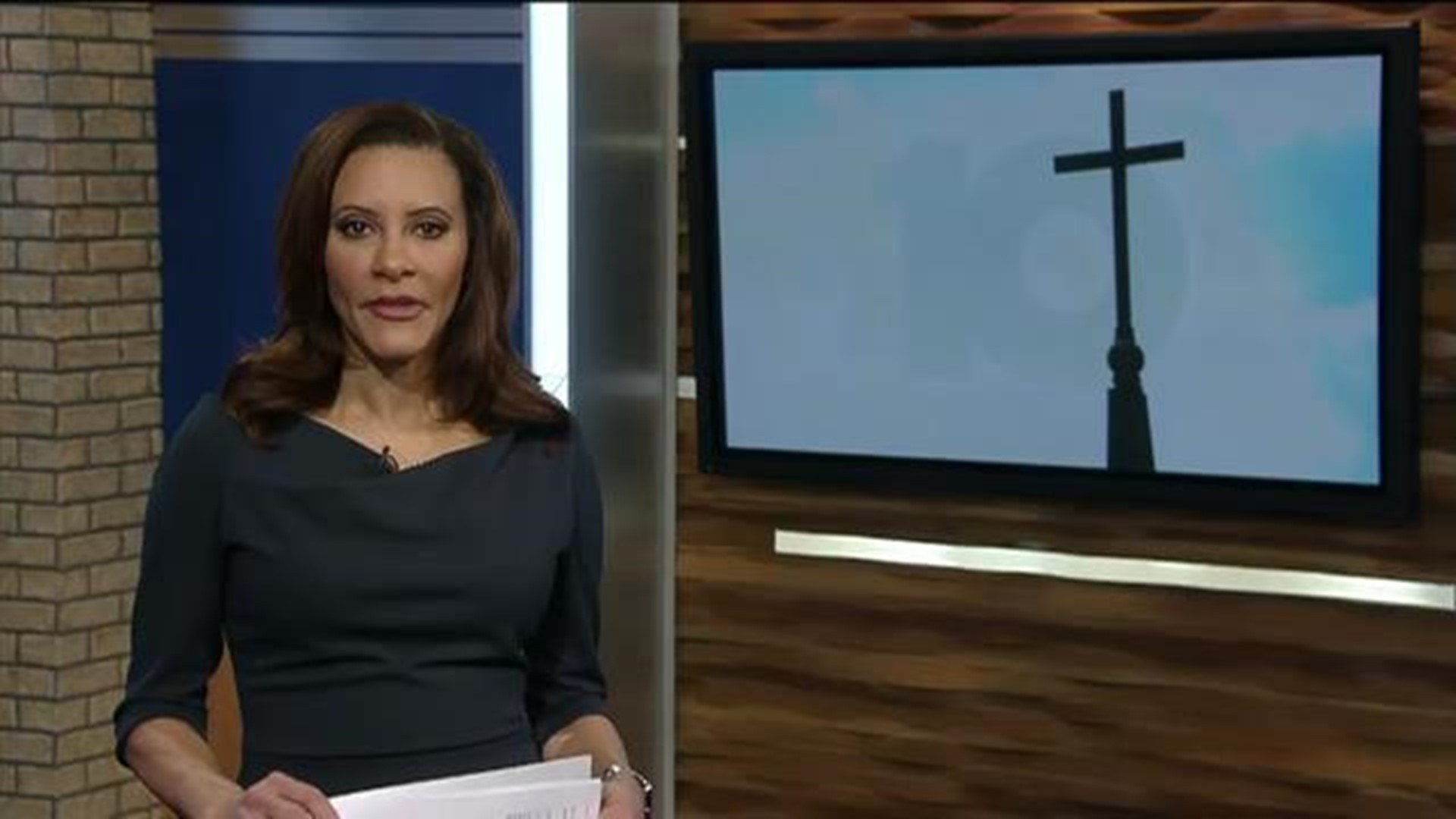 COLUMBUS, Ohio -- A church pastor's home was vandalized with words of hate.

The leader of a west Columbus church believes his support of the LGBTQ community made his family a target.

Pastor Don Wallick is a man of faith.

He and his family are also fiercely supportive of LGBTQ equality. Two positions he says are perfectly compatible.

"The more I get to know Jesus, the more I think where Jesus would stand is one of acceptance and mercy and love. And so if I want to be a faithful follower, that's where I need to be," Wallick said.

His family shows their support in Pride parades, and outside their home, the church parsonage at Crossroads United Methodist, where they fly a rainbow flag.

"As a middle-aged, white, straight, privileged guy, it's up to me to use where I am, my station in life, to advocate for others and be an ally," he said. "That's why it's there, so folks will see that and know that there are folks who support them."

But Monday night, Wallick's daughter Faith pulled up to find the rainbow flag torn down, and the word "kill" followed by a gay slur scrawled across the garage door.

"It's just about..about as offensive as I could imagine," Wallick said. "Not only the gay slur, but the implied threat. a threat of violence. That folks who would be the target of that sort of a gay slur shouldn't even be allowed to live. My goodness, it's no wonder LGBTQ folks are sometimes so scared to tell their family and friends who they really are and who they love."

"I was angry, I was sad, I was scared," said Faith Wallick. "It's just...it breaks my heart to say the fight is far from over after seeing that. It hurts a lot."

Wallick said he planned to replace flag and bracket at some point.

"It's okay to have different opinions, but the fact that somebody would do damage and make that kind of a statement, I figured the statement I wanted to make was, we're going to put it back up today," DeWood said.

And Tuesday afternoon, that's what he did. He and the Wallicks say hate has no home here.

"When people do this, they want gay folks to go away," said Wallick. "They want to not hear about it or see it. They don't want to hear or see people supporting them. And all this does is make me want to shout louder."

The Wallicks have filed a report with Columbus Police.