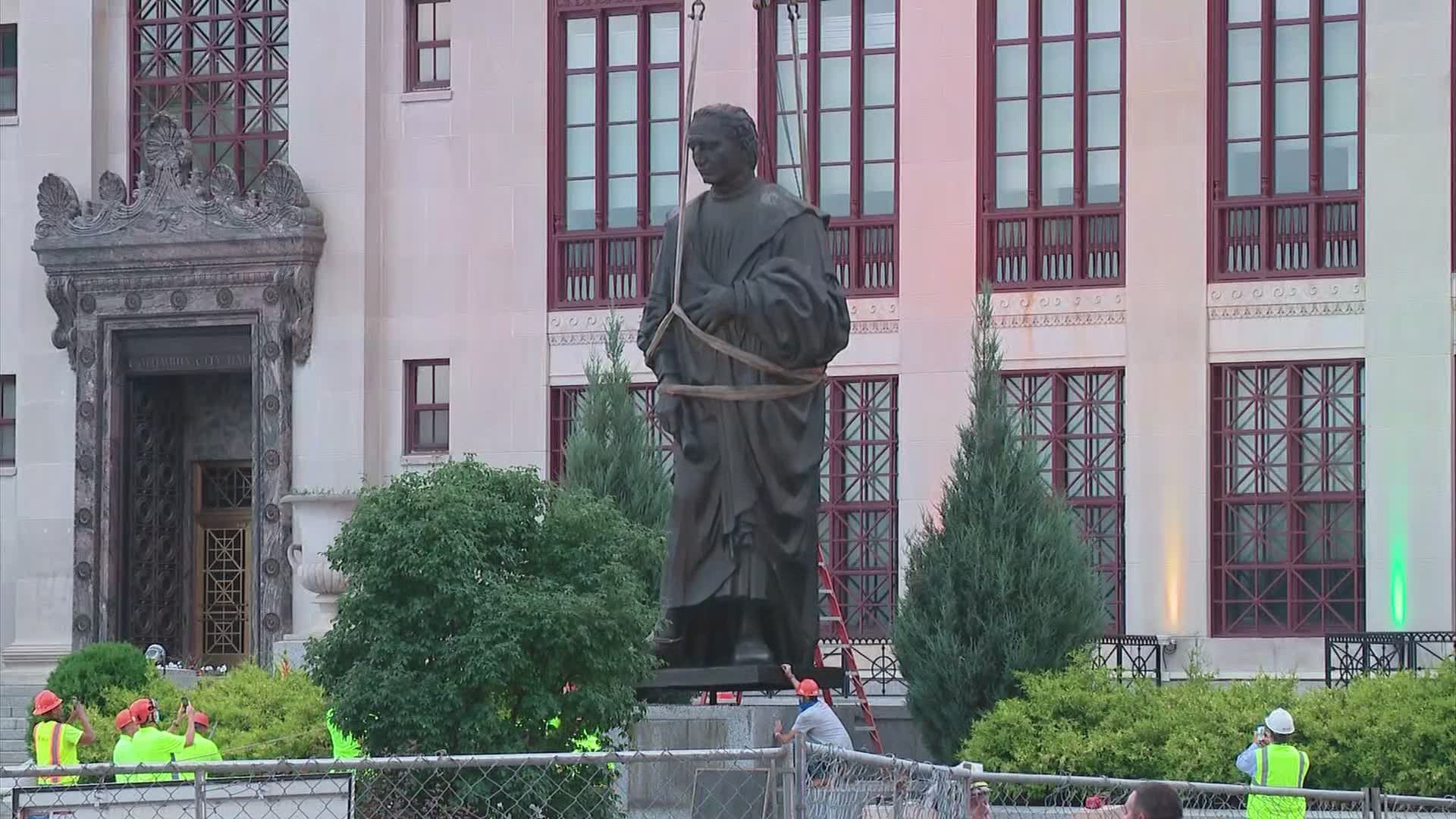 COLUMBUS, Ohio — The statue of Christopher Columbus that sat on the Broad Street side of Columbus City Hall has been removed after Mayor Andrew Ginther called for it to come down.

Crews arrived around 3 a.m. Wednesday and it took about three hours once the crane was in place to get the statue removed.

On June 18, Ginther announced the statue would be removed saying it does not represent the values of the city. He asked the Columbus Art Commission to launch a community-driven process to embrace diversity.

This process will determine how to best replace the statue and evaluate the diversity and inclusiveness of all public art, including other monuments, statues, and art installation. The commission said there will be public input as to what replaces the statue and which artist will be selected.

The city will put the statue in safekeeping at a secure city facility with the guidance of the Columbus Art Commission, McKay Lodge Art Conservation Laboratory, and Smoot Construction.

The commission was also asked to reimagine other symbols associated with the City, including the seal of the flag, and to make recommendations for change.

The statue was a gift from the people of Genoa, Italy in 1955.