Seven local women became the latest to successfully complete the two-year program, receiving their diplomas in a special ceremony on Thursday. 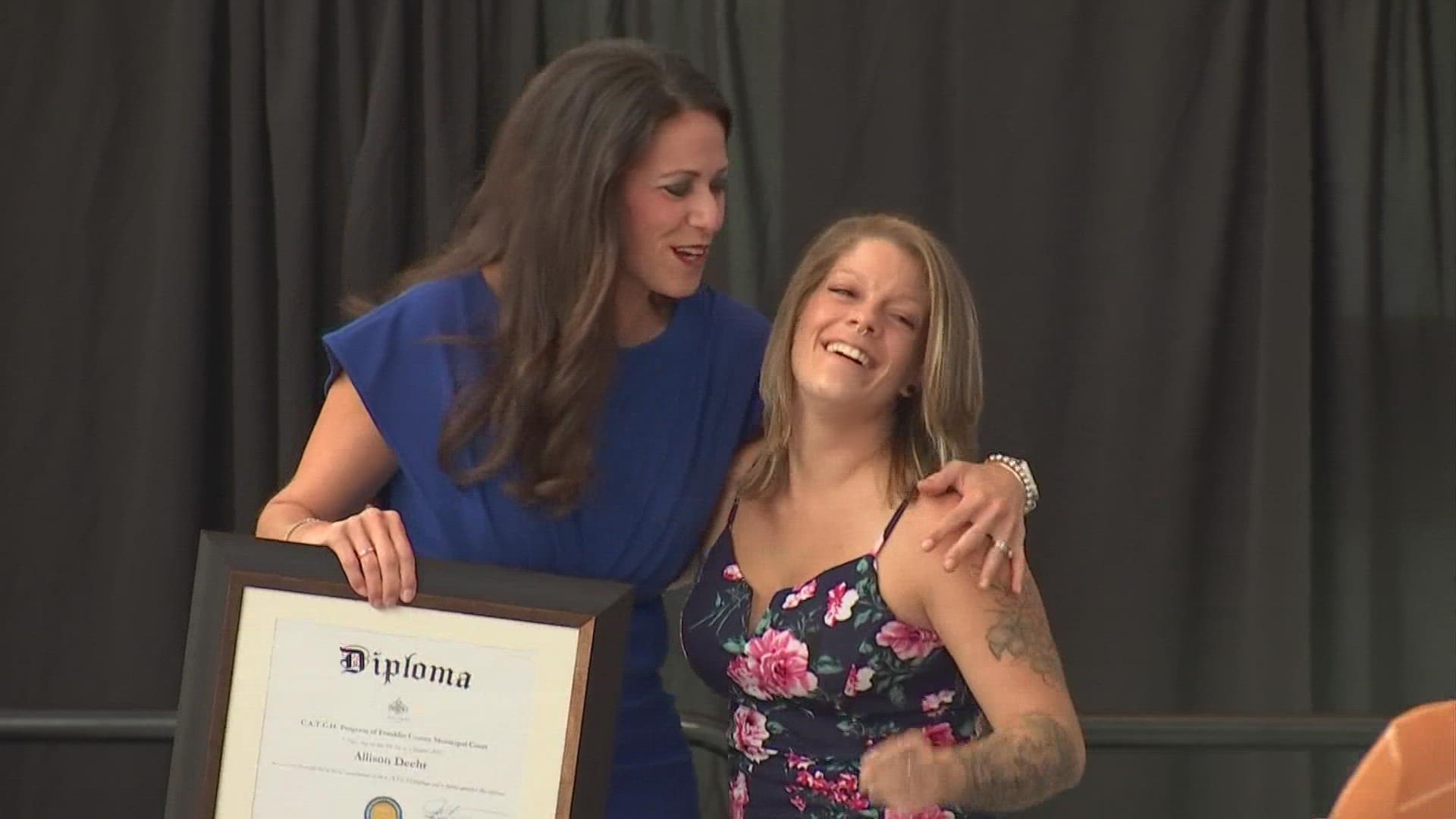 She loved sports, but with a mother who often worked three jobs, she had a lot of free time as well.

“I started experimenting at a really young age with drugs,” she said. “I also had my daughter when I was 16.”

The road got even tougher, she says, when she met a guy and eventually moved out of her house to live with him. In a car.

She says he was abusive, but it would be more than a year before she was able to leave him. But she did. Got sober on her own. And went back to high school to get her diploma.

But then her father died of cancer.

“When my dad passed away, I kind of grieved myself, almost to death pretty much,” she said.

She turned to drugs, which she continued through the birth of her son and beyond. She described life going downhill quickly, including her introduction to sex trafficking.

“And then it got to the point where I was disgusted with myself, and I didn’t care if I lived or died, I prayed to God to just kill me,” she said. “I’ve OD’d eight times.”

Deehr said she truly doesn’t know how she’s still alive. But there was a turning point when she was charged with several felonies tied to stealing from her grandfather. He wanted her to get help instead of prison.

But she cut off her ankle monitor and ran. She later tried again but dropped out after meeting a man.

“I want back in CATCH Court,” she recalled saying at the time. “I’m done. I don’t want that life anymore. This time around was terrible, like, I’m ready.”

And it worked. After nearly five years in and out of CATCH Court, Deehr and six other women graduated on Thursday.

Deehr had especially high praise for Judge Paul Herbert, who was the founding judge in the program. He has since retired but appeared on Thursday as the keynote speaker.

“I’m just grateful for Judge Herbert and Judge Thomas, especially Judge Herbert honestly because, without him believing in me and giving me chance after chance, I would not be sitting here,” Deehr said. “And I know that 100 percent.”

Judge Jodi Thomas is now overseeing CATCH Court. She says she has big shoes to fill, adding that Judge Herbert has laid out the footprints for her.

“We’re absolutely doing something different, trying to change the way we look at the criminal justice system and the people that are actually coming through those doors,” she said. “The women of CATCH, they’re not criminals, they’re survivors. And we need to, in the court, look at them as that, and programs like these are exactly what we need to help them get through it.”

The future now looks bright for Deehr. She is looking forward to spending more time with her children and finishing her dream of becoming a nurse.

“I have coping skills,” she said. “I have support. I have amazing women in my life. And I believe in myself. And they helped me to believe in myself, for me to know that I can put anything I put my mind to.”