Sen. Andrew Brenner was seen in the driver's seat of his car during a meeting on Monday. 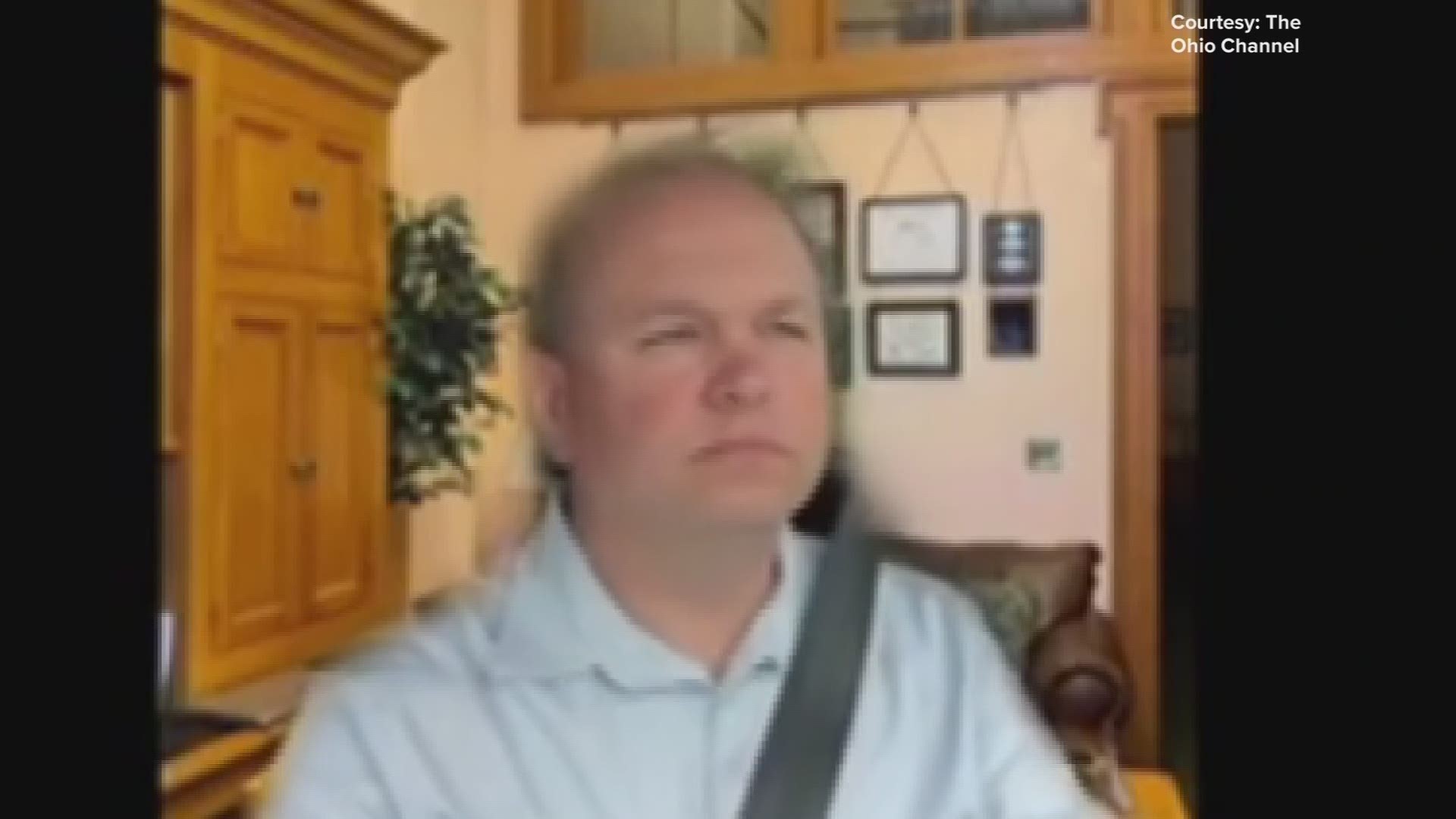 COLUMBUS, Ohio — An Ohio state senator has gained national attention this week after he was seen driving while participating in a meeting on Zoom.

Sen. Andrew Brenner (R) was seen in the driver's seat of his car during an Ohio Controlling Board meeting on Monday. Brenner represents Delaware County, Knox County and part of Franklin County.

At some point, Brenner leans forward and turns off the camera. When he rejoins the meeting, Brenner can be seen wearing a seatbelt and driving, with a Zoom background that shows a home office.

The camera was turned off for a second time, before coming back up with an unclear image of Brenner on the road. There was also an image of the office background.

The Ohio House is currently considering a bill proposing harder restrictions concerning the use of cell phones while driving. The aim is to crack down on distracted driving across the state.

The bill would ban the use of electronic devices including phones and tablets while driving.

Drivers would still have the ability to use navigational programs as long as they are not holding their phones. Motorists would need to pull over their vehicles before entering new directions into their navigation systems.

Brenner told the Columbus Dispatch, "I wasn't distracted. I was paying attention to the driving and listening to it (the meeting)."

"To me, it's like a phone call," he told the newspaper.

He also told the Dispatch he was parked in the car during a majority of the meeting.

10TV also reached out to each lawmaker who attended the Monday meeting. The only office to respond was that of Sen. Vernon Sykes, who did not have a comment.