Central Ohio does its part to protect pollinators

The Ohio Department of Transportation's first urban pollinator field off Interstate 71 is thriving, and so are the 15 hives managed by beekeeper Luke Howard. 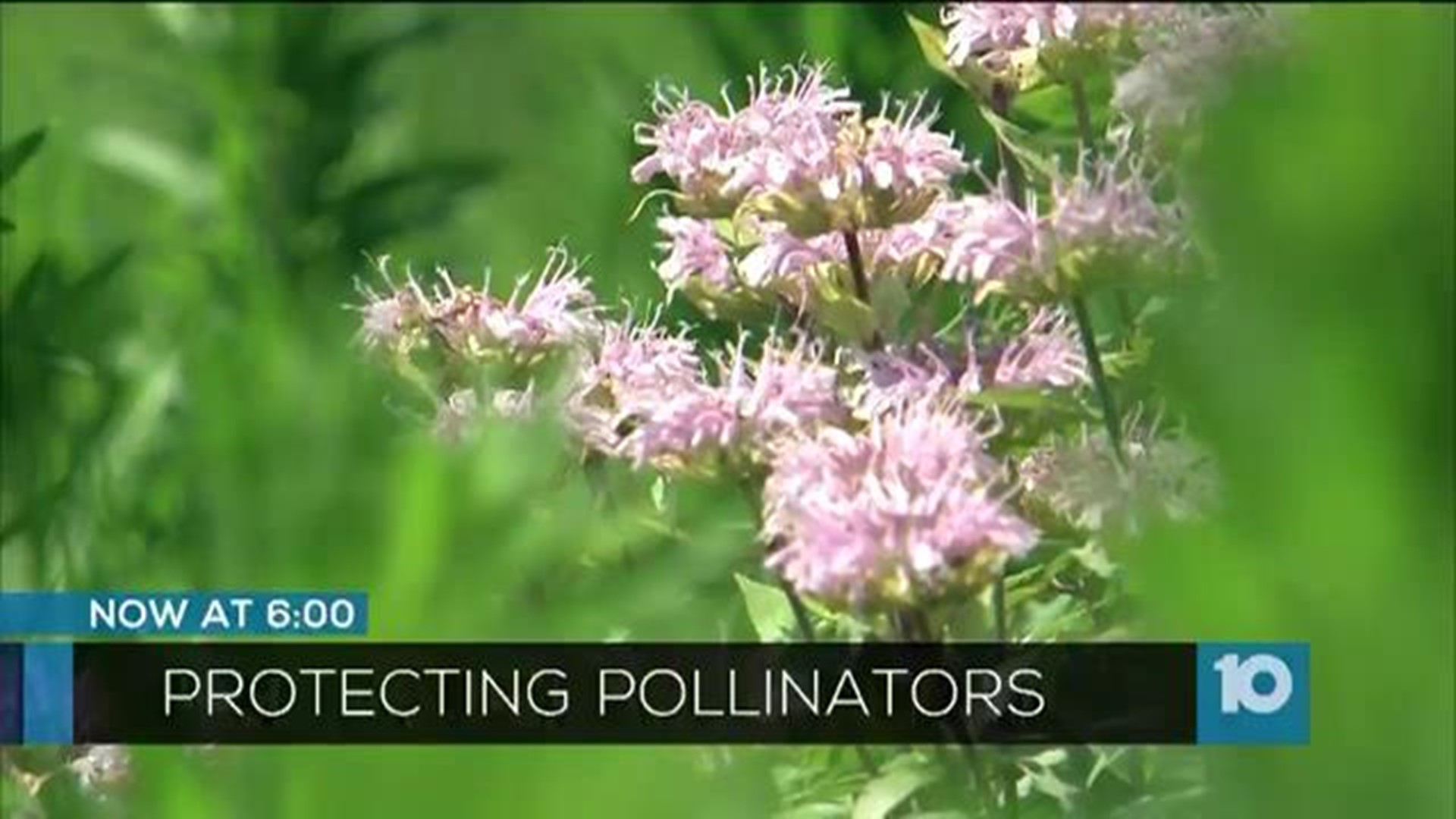 COLUMBUS, Ohio - Just off Interstate 71 on the city's north side, a small patch of land is attracting bees, butterflies and more.

"I will say that this was our experiment to see how they perform inside urban areas, and, as you can see, it’s doing really well," said Joel Hunt, pollinator habitat administrator for the Ohio Department of Transportation.

That roughly one-third acre of land is part of the state's pollinator habitat project. There are now 120 sites totaling 1,200 acres.

The goal is to attract monarch butterflies, which are in danger right now. The Center For Biological Diversity filed a petition to include them on the list of endangered species. The U.S. Fish and Wildlife Service is still reviewing that.

But the habitats also provide other benefits.

"The great thing about these pollinator habitats is that they save ODOT both time and money because they’re sustainable, they reseed themselves, and so, year after year, the only thing we need to do is some minor adjustments with some weeds," Hunt said. "But otherwise, we can just walk away and focus on the center line of the road and out."

Because ODOT focused on creating more habitats and letting wildflowers bloom, the agency cut way back on mowing last year. Officials say that saved them $2.2 million, and they expect that number to grow even more this year. Plus, the habitats help by keeping blowing snow off the roadways in the winter and trapping litter, making it easier to collect.

"We cover the entire blooming season, so we want early bloomers, and we want all the way through late fall so, providing those nectars for the bees that come out first, all the way through the end of the season when the monarch butterfly needs to fuel up for its long journey back to Mexico," Hunt said.

And it's not just ODOT working to protect pollinators.

He manages 15 hives -- or families, as he calls them -- in four locations around Columbus. Two of those hives are on the rooftop of The Crest Gastropub on Parsons Avenue.

"They’re an element to get people more interested in sustainable agriculture - they’re that intersection between beautiful things and tasty things we like to eat and understanding that we need to care for our environment," Howard said.

Right now, Howard manages an estimated 300,000 bees spread throughout his 15 hives. But he also wants to work with more native bees to increase their population. He understands that the declining honeybee population is a problem.

The National Resources Defense Council reports 40 percent of honeybee colonies collapsed from the spring of 2017 to 2018.

"For me, yes, it’s a huge problem or a huge crisis, but I don’t think it’s unsolvable, and that would be the big thing is – we can solve it by people caring about them, people managing them properly, taking care of them, and kind of all us just trying," he said.

Howard has several plans for his bees, which would all fall under his company he hopes to call The Bee Collective. Not only does he plan to sell honey to bars and restaurants, but he also wants to sell silver bee and comb jewelry and to build more sustainable beehives.