The meaning behind National Rainbow Baby Day is much more special than just "another” day of celebration. 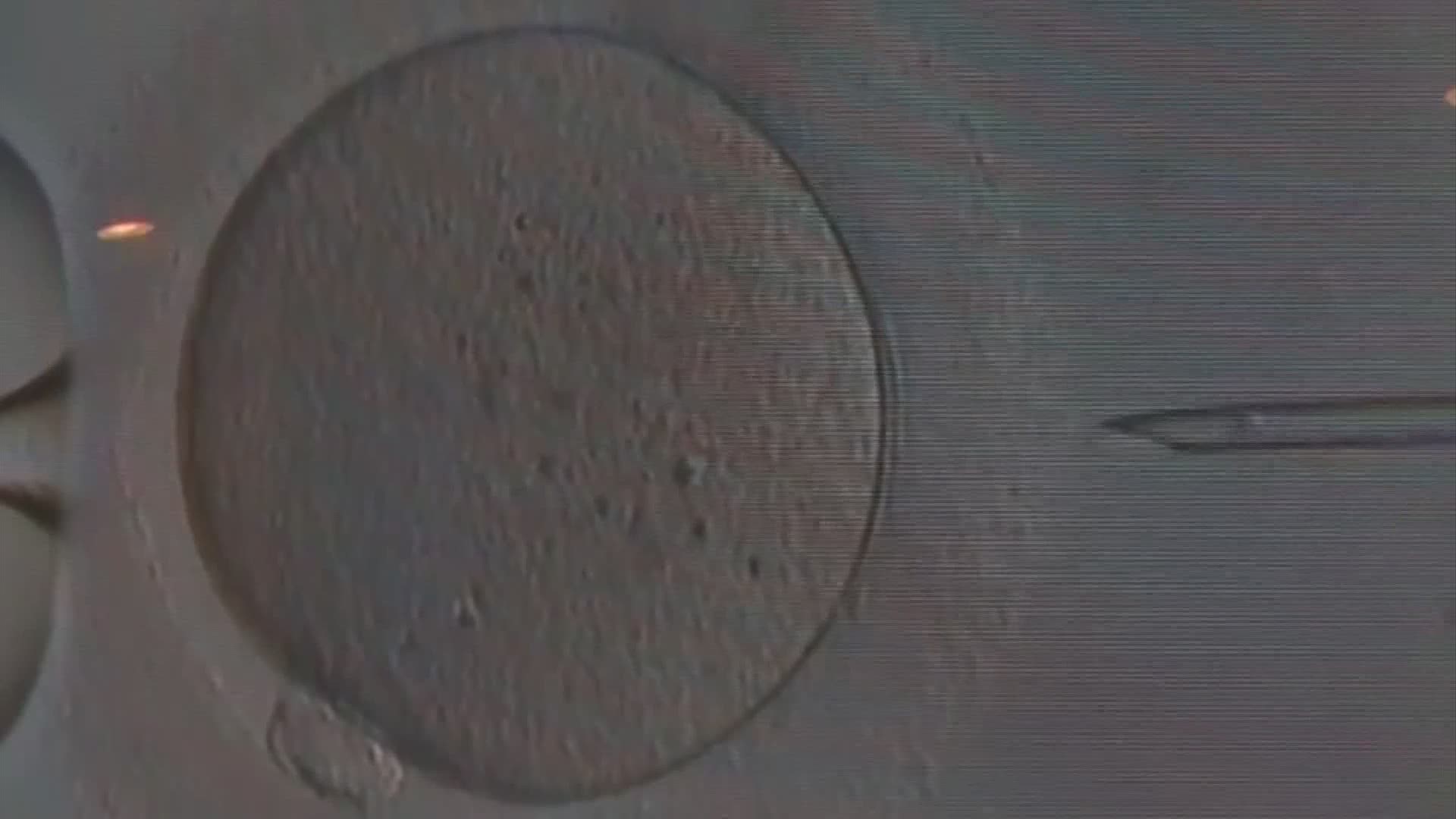 COLUMBUS, Ohio — The meaning behind National Rainbow Baby Day is much more special than just "another” day of celebration. A “rainbow baby” is a term normally referring to a child born to a family who had to endure a miscarriage, stillbirth or death of an infant.

But for many families, it can also mean another outlet for a couple's grief as they support the IVF community. A business, a blog, a new career path.

“I think it gave us some hope at a really dark time,” says Danielle Hall, who started a company with her husband Patrick called MyVitro.

Their “rainbow baby” launched in January 2020. But their story begins in 2015, soon after the two got married and tried to start a family.

“That first year, I miscarried three times and we didn’t know what was happening,” Danielle said.

She and Patrick turned to fertility treatment. The first experience going through in-vitro fertilization (IVF) was overwhelming between the needles, the medicine, the shots and the schedules. Their first round of IVF failed to conceive. So did the second.

But through their pain, the Halls gave birth to something else: a new business aimed at making fertility treatments easier to manage with less stress.

“It wasn’t until our second round that we said maybe there are products that can help us and communities that can help us,” says Danielle. But searching online showed very little support with organizing the supplies needed for one round of fertility treatments.

“I was quickly able to understand there’s a market here that’s not being addressed because of these feelings people have about the process,” Patrick Hall said to 10TV’s Angela An.

The two said creating MyVitro gave them purpose and a sense of “normalcy” knowing they weren’t alone in their IVF journey and struggles.

“We’re hoping that by having these products, it lets people see their identity here,” the couple explained.

While the Halls were getting their business off the ground in 2017, something unexpected turned blue. A pregnancy test.

Danielle and Patrick were pregnant.

Leo, who is now 2 years old, is their other rainbow baby worth more than any pot of gold.

Angela An shares her journey of in-vitro fertilization in 2013.