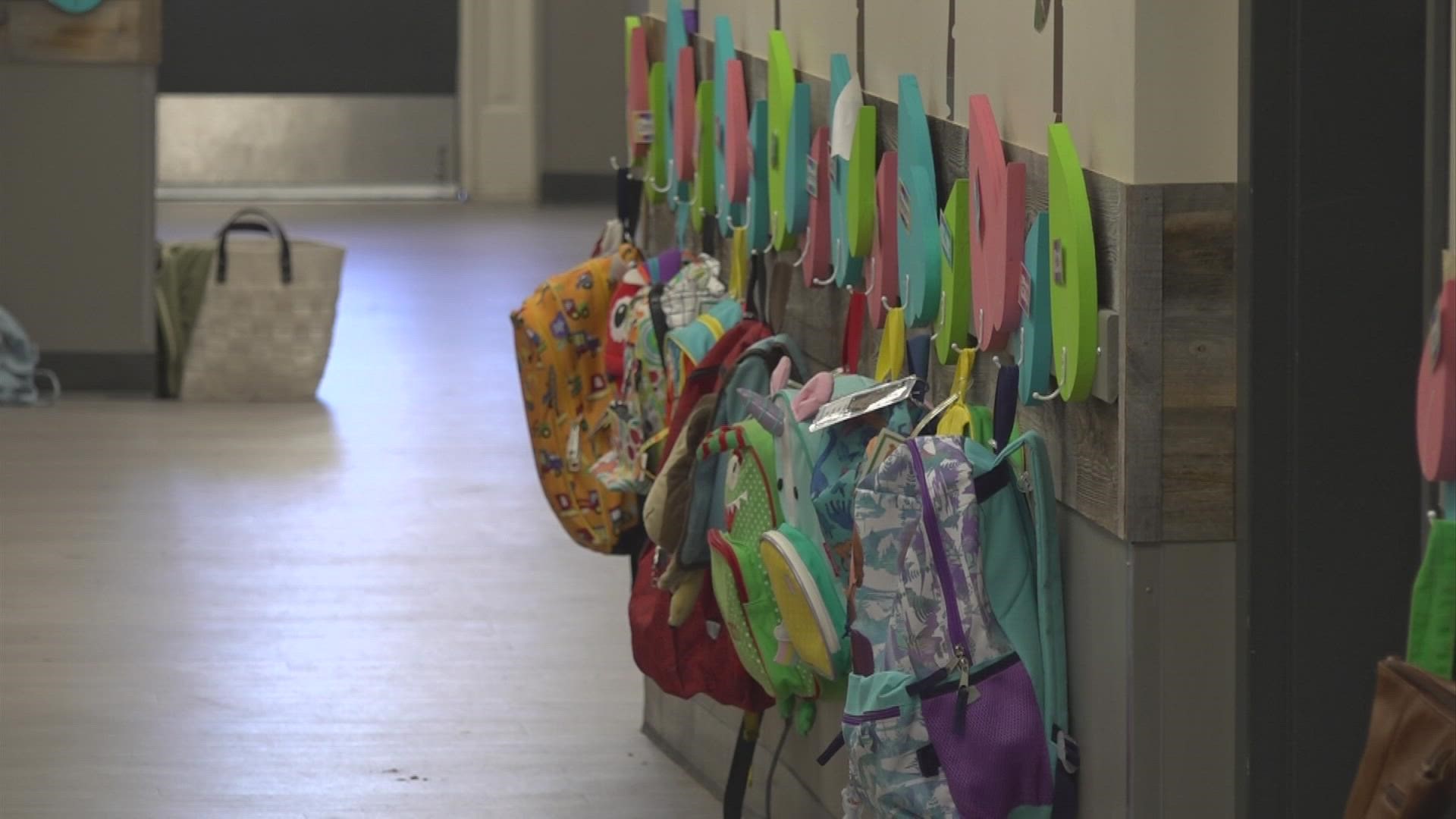 Parents say the search for childcare is competitive and draining.

"Physically, mentally, I'm exhausted," said Amber Reick, who was working from home until she changed jobs.

Now that she's back in the office, Reick needs childcare for her two young daughters.

“There is a lot of competition,” she said, explaining why the search is stressful. “There was one opening for a 3-year-old.”

Nissa Rodgers is searching now while planning for another child. She had to get on a waitlist even before she was pregnant with her first child.

"We love the daycare we are at and ideally we would have two children at that daycare,” Rodgers said.

Parents are struggling to find childcare that is not only affordable but available as well.

"Every day we have eight or nine calls,” said Courtney Lewis, the owner of Balanced Family Academy of Clintonville. "We have 118 people on our waitlist right now."

According to new findings from Action for Children, one in five centers in central Ohio report they will close within the next three months.

"This is really a crisis on multiple levels,” said Eric Karolak, the CEO of Action for Children.

"More than half of them are experiencing staffing shortages, and a third of them have had to increase their tuition since the first of July,” he explained.

He said there is hope with the proposed Build Back Better Act before Congress.

If it passes, it would cap the amount families spend on childcare based on their income.

"And in Ohio that will be a significant number of families,” Karolak said.

"It's heartbreaking to see mothers, fathers and their children going through this stuff,” she said. “And especially when you go, ‘we can't afford this.’"

According to Action for Children, one in six childcare centers in central Ohio that closed at the beginning of the pandemic never re-opened.