A collaborative effort within the Columbus City School District is playing out on the big screen this week. 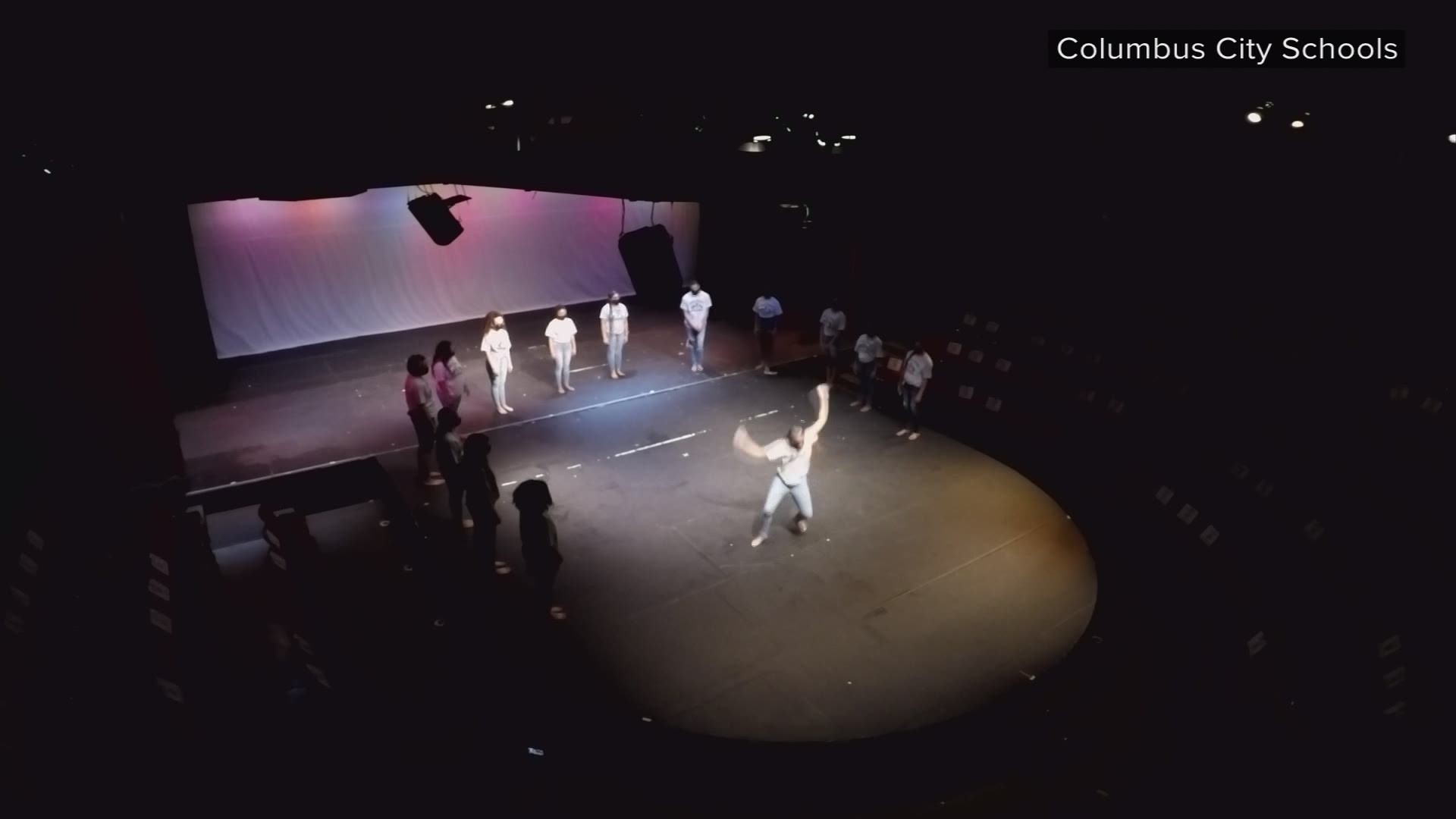 COLUMBUS, Ohio — When the dance ensemble at Fort Hayes Arts and Academic High School in Columbus thought the pandemic would take away any opportunity to perform, dance teacher Gabrielle Stefura said “no way.”

"I had to do something," she said.

That’s because Stefura knows to her dancers, it's about more than what they do.

"It was scary to think that your living room or room was about to turn into your studio for life,” said Cierra, a junior, about the very beginning of the pandemic.

"It's a way of like my communication and just a stress reliever like if I'm feeling just off I'll just start dancing," said Raniyah, a sophomore.

"Not only was our dance ensemble a class last year it was a family," said Cierra.

So Stefura came up with the idea to get the team together for routine rehearsals, and invite other members of their school community.

At every rehearsal – for weeks -- they recorded behind-the-scene takes and then finally a full performance.

"I remember the day {Stefura} came back and said 'we're going to do a movie' and everyone's like 'a movie huh? What?' said Cierra.

And with all that they captured, they created a documentary – with the behind-the-scenes and interviews edited between the dancing.

In a day where everyone seems to have online streaming fatigue, the dance ensemble decided to use an non-traditional platform when it came to sharing their performance with an audience  .

A drive-in theater – instead of a stage.

Replacing a recital – to reveal a look inside their hearts.

"It's something different something I've never heard of someone playing a dance documentary at a drive in,” said Cierra.

The showing of “The Afterglow” is happening at the South High Drive-In theater on May 6. Gates open at 8 p.m. and the show begins at 9 p.m.

Those wanting to attend can purchase here.