According to a district spokesperson, a shooting threat was reported at the school Tuesday morning. 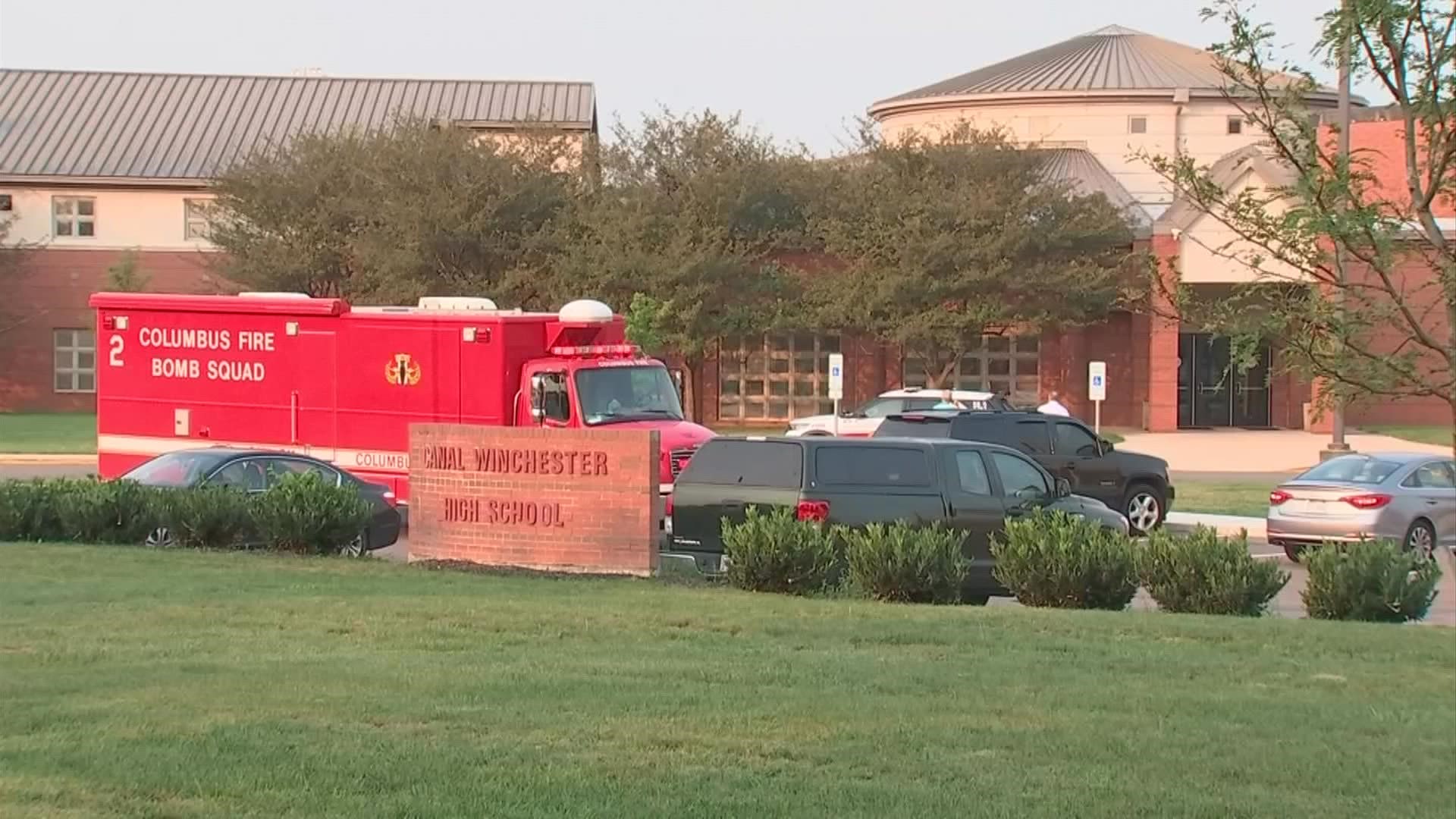 CANAL WINCHESTER, Ohio — The Fairfield County Sheriff’s Office has linked another threat made to Canal Winchester High School on Tuesday to a man suspected of making bomb threats throughout the area.

According to a district spokesperson, a shooting threat was reported at the school Tuesday morning.

Authorities searched the school and deemed the threat was not credible. School will continue as normal with additional security on hand as a precaution, the spokesperson said.

Canal Winchester schools closed on Monday after officials received a call for a similar threat. Also on Monday, students and staff were temporarily evacuated from Pickerington North High School in response to reports of a bomb.

Through an investigation, the Fairfield County Sheriff’s Office deemed the threats were connected to a man located several states away, near the west coast. According to the sheriff’s office, that same man is also responsible for making several bomb threats around the City of Canal Winchester.

The sheriff’s office determined Tuesday’s shooting threat at CWHS was also linked to the same caller, the district’s spokesperson said.

Investigators have not released any additional information about the suspect. The investigation is ongoing.