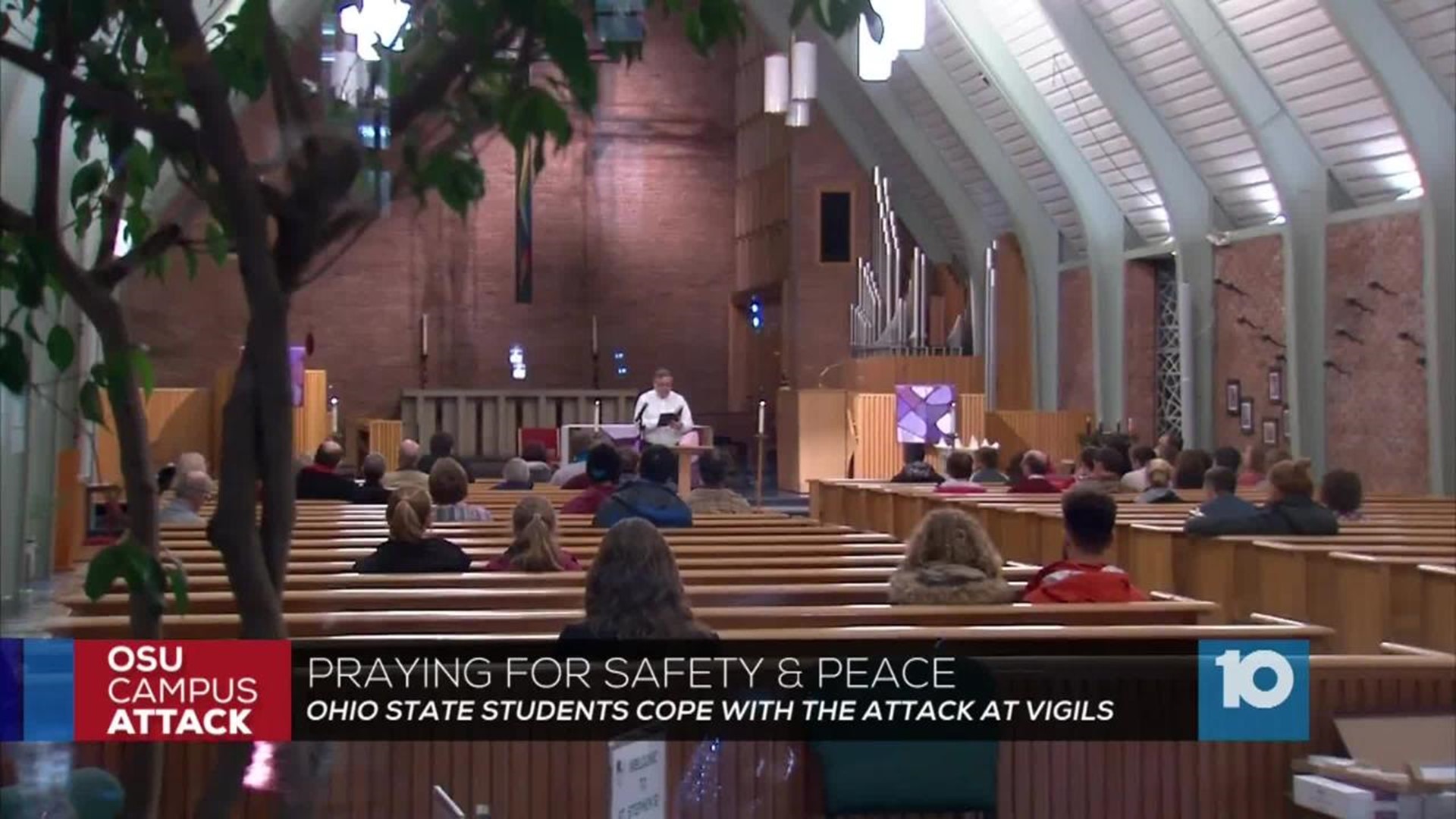 Jacob's Porch, St. Thomas More Newman Center, and St. Stephen's Episcopal Church welcomed students and community members to light a candle and say a prayer for the victims injured in the campus attack.

"I think it's going to be hard for people to get to sleep tonight," Olivia Dottore said.

The feeling of unease could be seen Monday night at The Ohio State University campus.

"Some people are probably very uncomfortable, maybe still feel a little bit unsafe, which of course I knew we are on campus, but it will be hard," Dottore said.

Ohio State students are trying to cope with what happened early Monday in front of Watts Hall.

"I really felt for the people injured today because they went to class as normal and their day changed in a split second," Clara Young said.

So many of them prayed.

"Just because we knew the people who were affected and we felt that we should be here for them,"' Elana Spiegler said.

At three different prayer vigils, the latest at St. Stephen's Episcopal Church on campus, the community felt they needed to take back a piece of what they lost.

"That Ohio State is still a safe place to be as a student, and we want people to feel comfortable being together not only in class but also in prayer," Rabbi Ilan Schwartz said.

Not only for safety and peace but some students prayed for the victims of the attack and their families.

"They still need our thoughts and prayers and their family and friends are probably going through a lot right now and I figured it would be nice just to give them a prayer," Young said.

Young says she isn't sure how yet, but the Ohio State community will get through this tragedy. Even if her fellow students have to take it one day at a time.

"We're all coming together thankfully and it's nice that we're such a big campus and can come together like this," Young said.

University officials canceled classes on Monday, but they will resume as normal on Tuesday.