Cameras from ODOT and a a nearby business captured the moment the explosion happened. 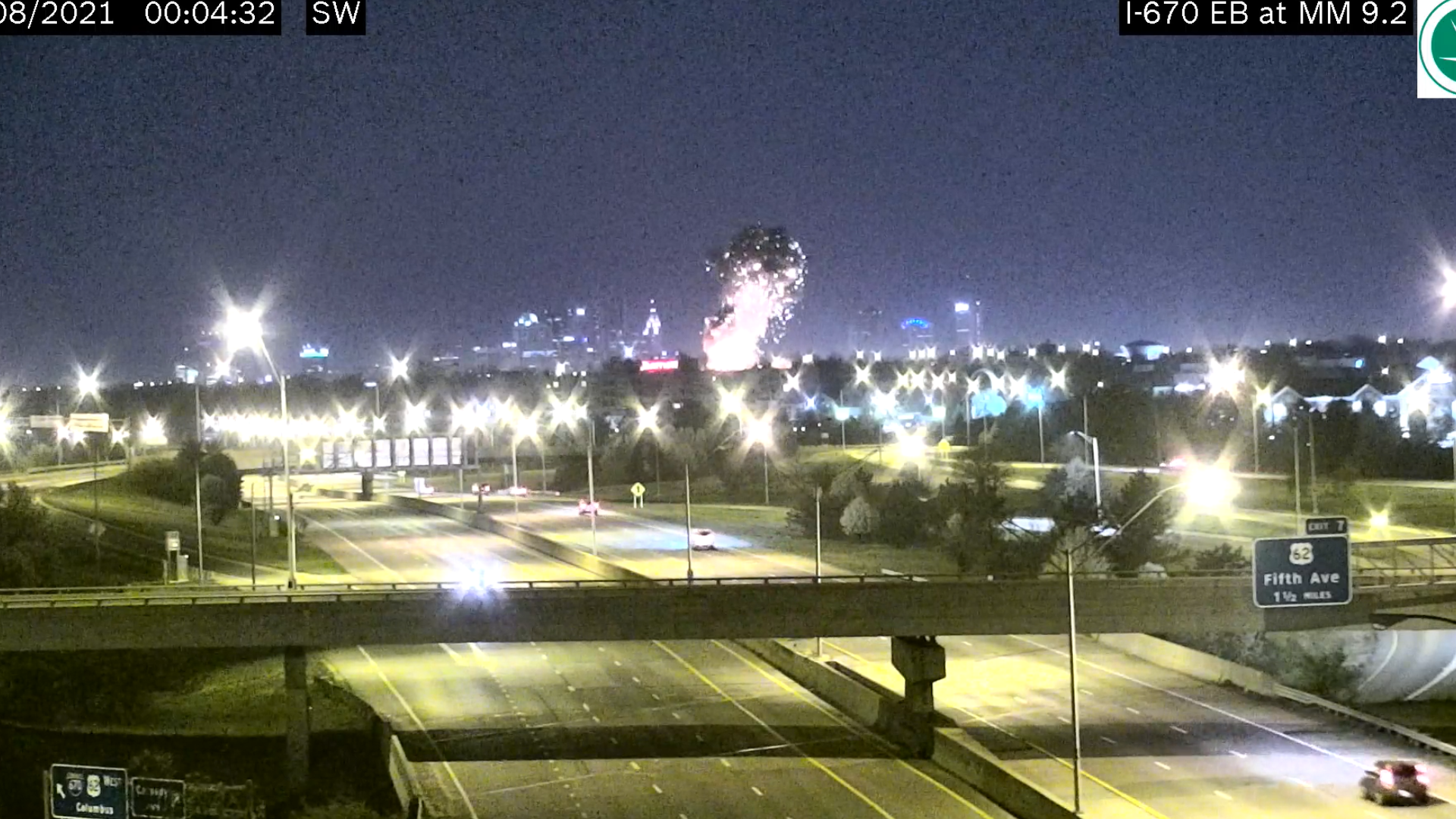 The explosion happened around 12:05 a.m. at the Yenkin-Majestic Paints plant on Leonard Avenue.

An Ohio Department of  Transportation traffic camera along I-670 caught the blast, where you can see a bright light and then sparks, flames and smoke rise up into the sky with the Columbus skyline in the background.

You can also see the explosion on video from a surveillance camera at a nearby business, Ohio State Used Tires.  It looks like a normal evening before the blast, when the blast can be seen in the background of the video.

Brian Kellogg said the plant explosion was 500 feet from his photography studio but still disrupted everything inside.

A paint factory exploded 500 feet away from my studio! Here is the video #explosion #Columbus #video pic.twitter.com/Betoyl1zUV

A man, 44-year-old Wendell Light, who was a supervisor at the plant, was found dead at the explosion site around 9:16 a.m.

Several people managed to escape the building on their own.

Eight people were hospitalized and all of their conditions are stable.

The cause of the explosion is under investigation.