The church announced Wednesday it would be open for those who seek sanctuary. Police surrounded the property, saying people off the property can be arrested. 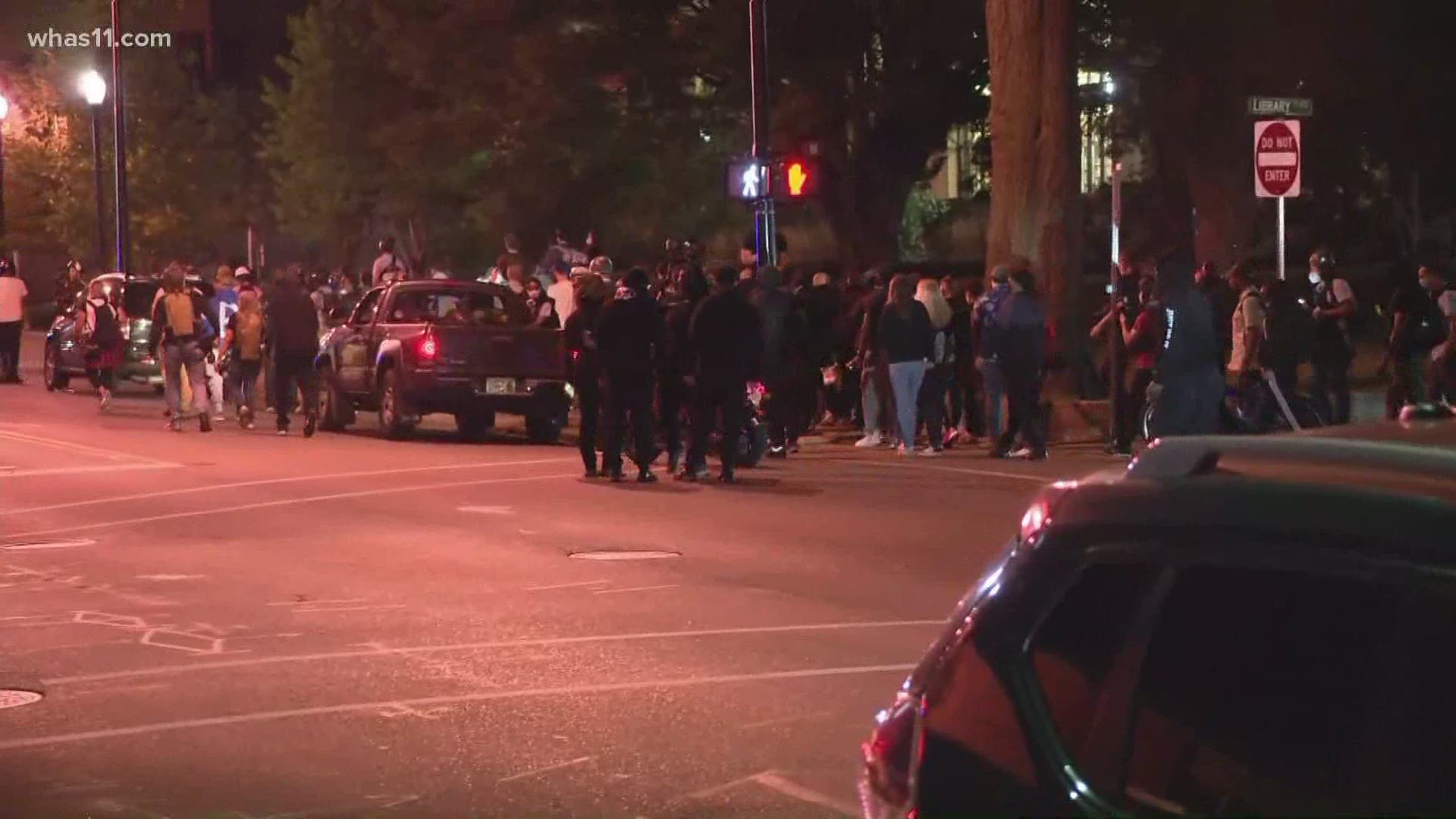 The group began marching through Louisville, eventually stopping at what they referred to as a safe zone at First Unitarian Church on 4th and York.

The church confirmed that they announced Wednesday it would be open for those who seek sanctuary. They said they didn't realize that many people would show up.

Our news crew was told to get off the property.

"The protesters trapped in a church parking lot are on their way home. I called and texted Mayor Fischer requesting that LMPD let people go home. A group of us are still watching and helping people get to their vehicles. Thank you everyone for your help," Councilmember Jecorey Arthur tweeted that around 11:10 p.m. Aurthur said, "a group of elders on the ground also helped negotiate with LMPD to make a safe path home."

Friday, the First Unitarian Church of Louisville and the Unitarian Universalist Association released the following statement:

"The First Unitarian Church opened its doors in sanctuary and welcomed people engaged in non-violent direct action to demand justice for Taylor. The Louisville Police Department’s attempts to cage protestors at the church and to terrorize the church community—was an affront to religious freedom and our Constitutional right to protest.

We are all in trouble when churches must focus on providing sanctuary for people because the police and governmental leaders--those who are supposed to be charged with caring for all citizens--are putting people in danger. Because police failed to keep Breonna Taylor safe and it failed to bring accountability to the people and the system who killed Breonna Taylor, we feel compelled as a faith community to bear moral witness and take action to support these democratic principles and values:

The protestors in Louisville are engaged in their Constitutional right to assemble and engage in non-violent direct action.

Churches and houses of worship are legally protected from any curfew and should not be vulnerable to police intervention.

Louisville protesters are exercising their Constitutional right of protest and freedom of speech when they call for justice and petition for redress; They should not be put in danger or silenced by police who have been engaging in aggressive and violent tactics.

The First Unitarian Church of Louisville is engaged in its sacred right to gather the people and make safe harbor for those in danger. First Church and the Unitarian Universalist Association will continue to bear witness and make room for all those who believe in the worth and dignity of every person, who believe in the practices of justice, equity and compassion—and who know Black Lives Matter."

Police did confirm some arrests of protesters in other parts of the city for violating the curfew order.