The supervisor of Chesed Shel Emes Cemetery in St. Paul found on Thursday that 32 memorial monuments had been knocked over. 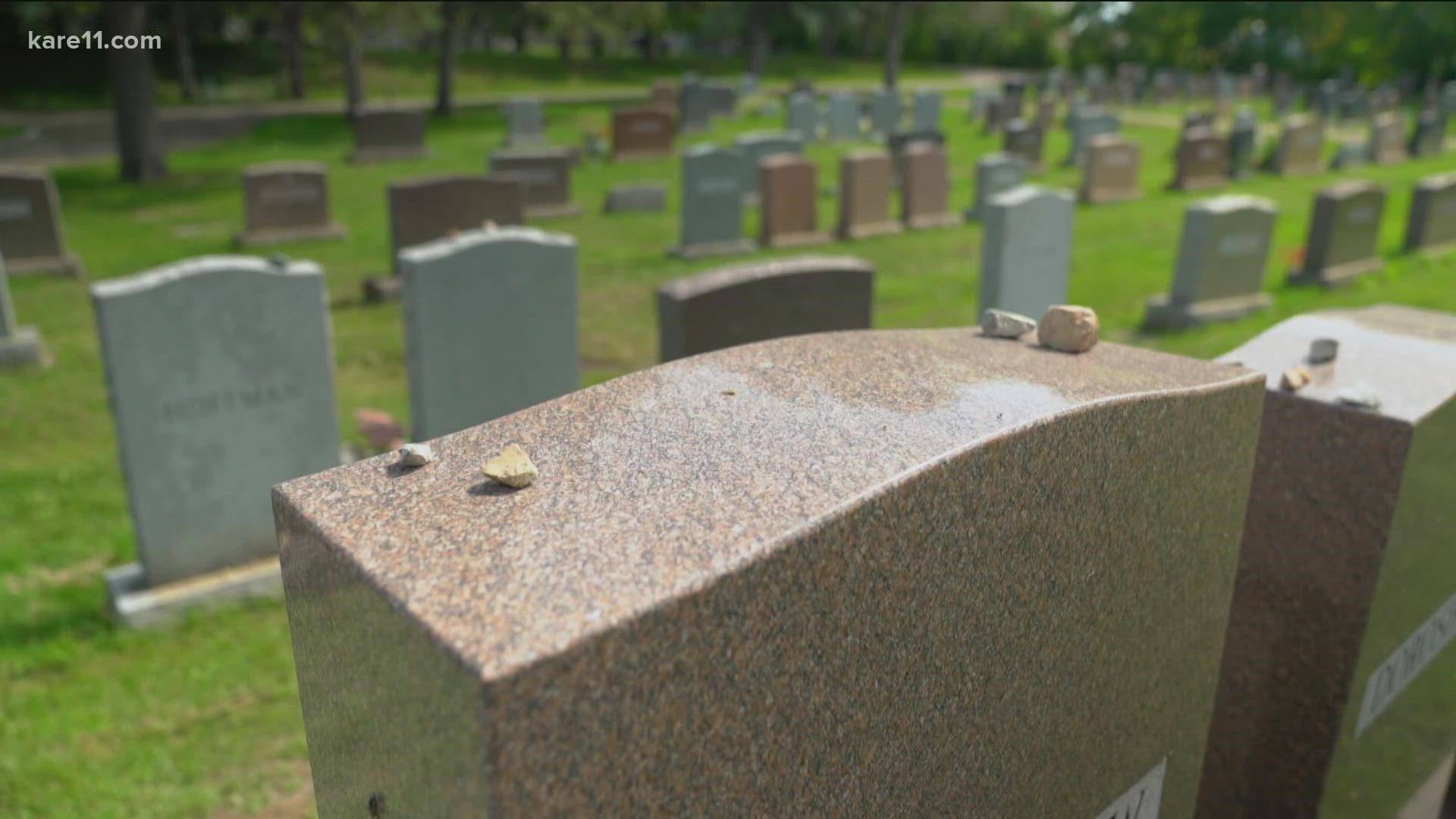 "These people here are dead — what did they do to you?" Otto said.

Walking in to see that 32 headstones had been knocked down, Otto said he immediately thought of the families.

"They were completely pushed over where the bases and all were over," he explained. "These monuments weigh up to 2,500, 3,000 pounds — if not more — and it's pretty hard to push them over that way, but they succeeded in doing 32 of them."

He said he was able to restore all of them with his crew, but the reason behind why someone would do something like this at a Jewish cemetery leaves a pit in his stomach.

"I called the police and they came out and did a report. They scanned the area for any kind of video cameras and stuff like that," Otto said. "The very next day, I got a call from another officer that's helping the FBI looking into this."

He explained that the incident is being investigated as a hate crime.

"Everything else that's going on in the cities, that's what they're looking at," he said.

In fact, this isn't the only hate crime incident under investigation.

Program director Mark Pfeifer said since then, the cultural center has received a lot of support.

"There's been an outpouring of support, people reaching out to us, and also financial donations," Pfeifer said. "And these will help us a lot as we move forward here, clean up and add security for the museum and the building it's in."

Pfeifer said he's grateful for the support and for the apologies that center has received from so many people. However, at the same time, he said he is eager to keep looking forward to what the center can bring to the Twin Cities.

"Well the ironic thing is the whole purpose of the museum is related to that mission of promoting the cross-cultural understanding between Hmong and non-Hmong. Again, I'm hoping that people will reach out and want to visit our museum when we're back up in running sometime in October."