Ohio Attorney General Dave Yost is continuing to raise awareness about the growing concerns of human trafficking in the state. 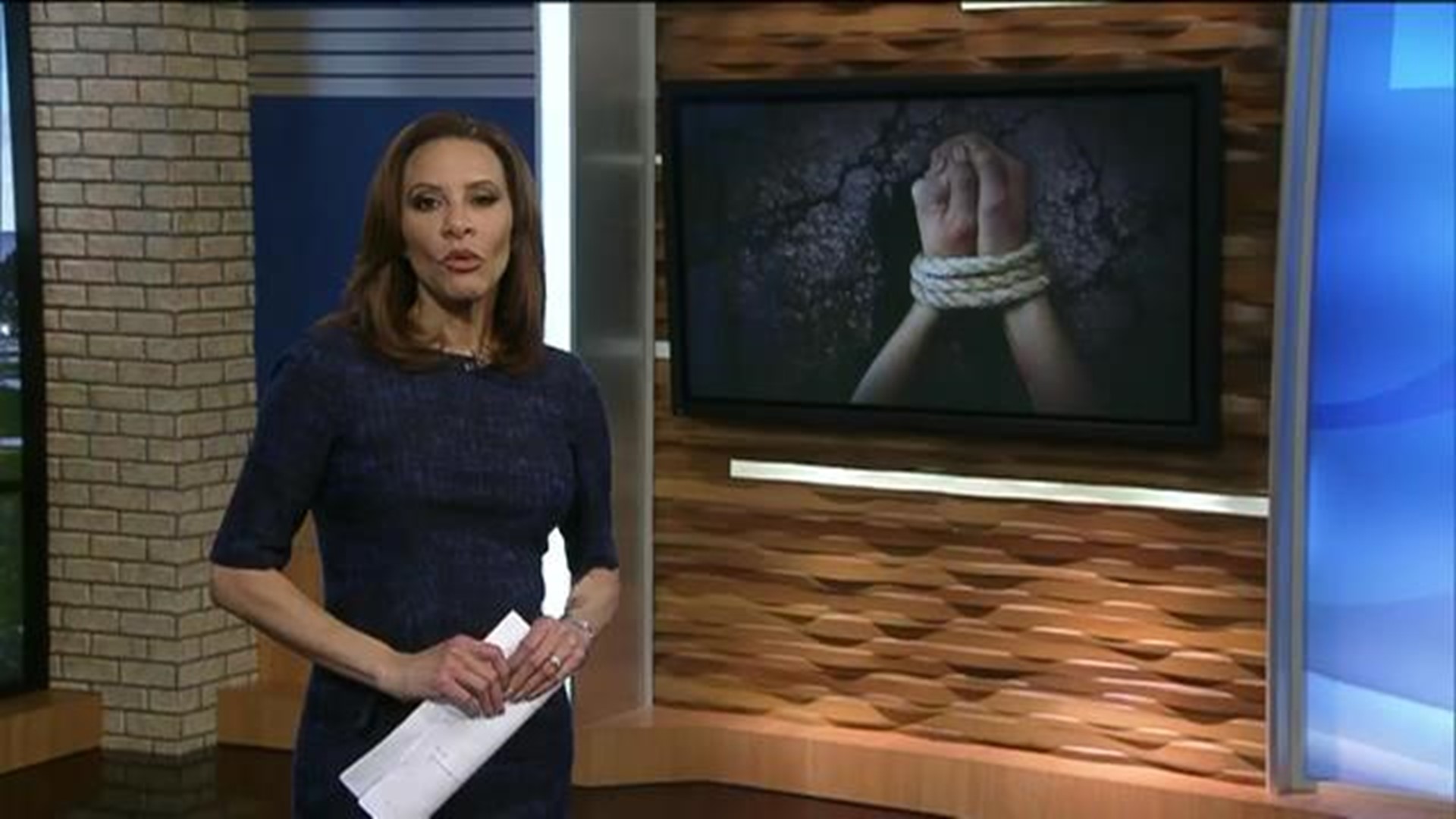 Stephanie Rollins is no stranger to hard times.

The Columbus native said her father was killed when she was seven and by age eleven, she started running away from home.

This led to years of anguish, fear and trying to find a way out.

“I ran into my trafficker's arms at 12,” Rollins said.

Rollins was involved in human trafficking and her trafficker was only 22 years old.

Ohio Attorney General Dave Yost is continuing to raise awareness about the growing concerns of human trafficking in the state.

He said he has handled cases with children coming from neighborhoods you’d least expect.

“One of our folks prosecuted a case in federal court, a human trafficking case, a 14-year-old girl from Dublin, she was groomed, she wasn’t kidnapped from a parking lot somewhere,” Yost said.

Services aimed at helping survivors are spreading throughout central Ohio. Gracehaven in Columbus is an organization that educates children, teens or young adults on trafficking.

“It has been going on all along in our community. We just used a different name for it. We called it prostitution,” Scott Arnold said.

Arnold, who is the executive director of Gracehaven, said the reality of human trafficking has always been real and in our backyards.

Those who help survivors said traffickers can come in disguise and most often take their victims to homes or buildings that are unpredictable or unrecognizable.

For Rollins, it began with her getting attention from who she describes as an “attractive 22-year-old.”

She said the process of girls or boys going into trafficking starts with grooming, whether it’s from a boyfriend or an adult. Rollins said the person will show love but will ask for a lot in return down the road.

“He was the boy next door, you know he smelled good, he was clean-cut [and] had his own place,” Rollins said.

She said it’s common for traffickers to tell the person they are targeting anything and everything they think the young girl or boy would want to hear.

Rollins said her trafficker would buy her nice clothes, he would spoil her, take her to fun parties and gave her the love she desperately wanted.

He told her they were having money problems and would invite his friends over. He started asking her to engage in sexual acts, and when she tried to refuse, he got violent.

“I felt like I didn’t have a voice because he did so much for me,” Rollins said.

Rollins, along with professionals who help survivors, told us there are red flags to look out for.

If someone is in the beginning stages of being groomed or is heading down the path of trafficking, their schedule and personality may change.

They may lose relationships with their friends or family and the new relationship dynamic that they are in will seem questionable.

“What I tell parents is put your big parent pants on and stop being so afraid of your kids’ privacy,” Yost said.

If there is clear evidence someone is being trafficked, Arnold says to report it immediately. Even if you only suspect or have a gut feeling, he said to act.

“Get engaged relationally through a trust effort to build trust and get them to talk,” Arnold said.

This may take some time due to them already having their trust broken once or several times.

As for Rollins, after 30 years of trafficking and battling drugs and alcohol to numb her pain, she is now an education specialist for Gacehaven. She said she talks with young women every day.

She also speaks at local schools and said often a child will come up to her and mention that they think it is happening to them.

Rollins’ message for them or anyone who feels trapped or might be trapped in what feels like a never-ending cycle.