When 7-year-old Michael Martinez heard the beeping of the carbon monoxide detector, he knew he had to act fast. 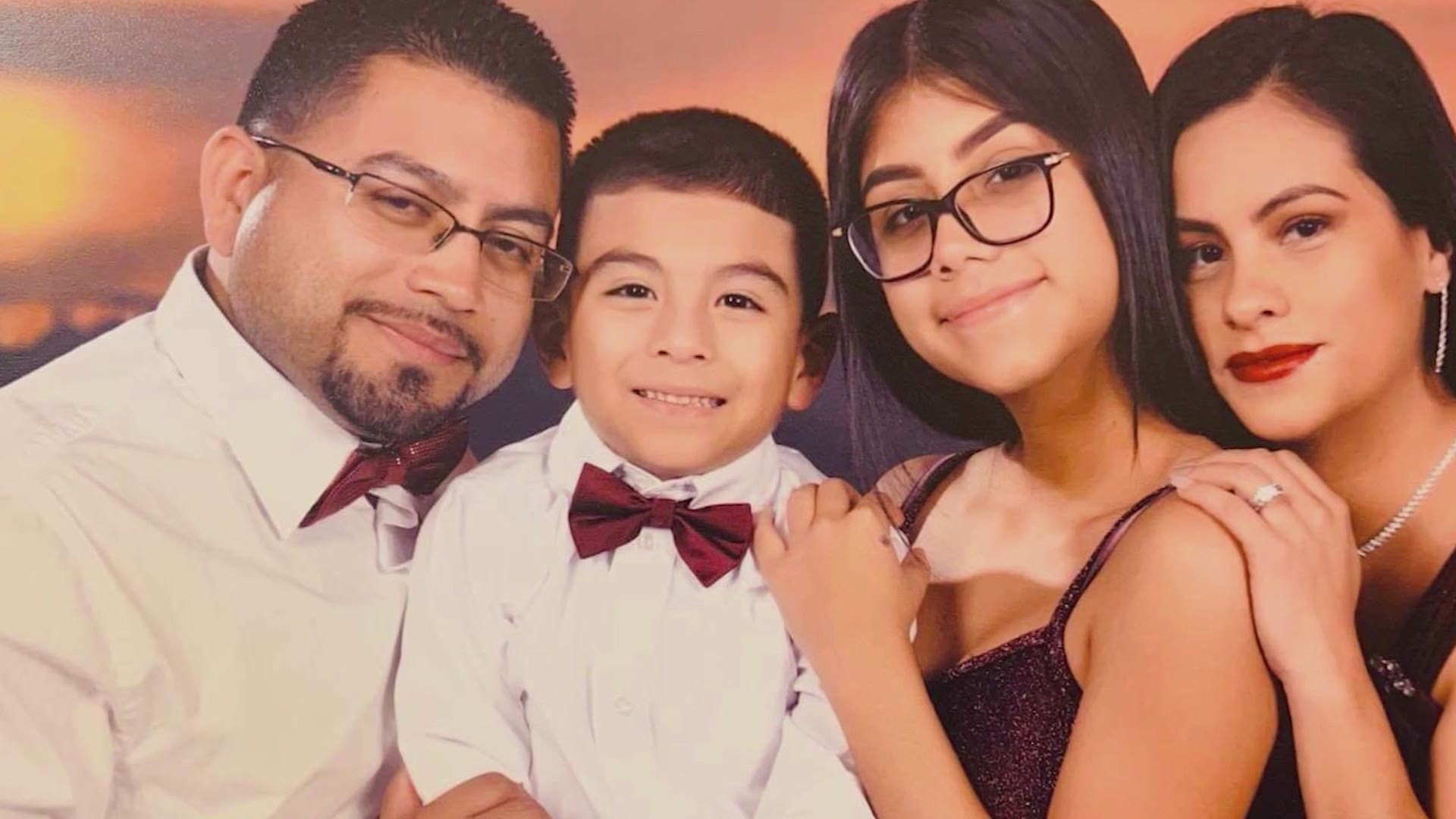 ATASCOCITA, Texas — A family in Atascocita is crediting a 7-year-old boy who spends a majority of his time in a wheelchair for saving their lives.

Michael Martinez has been nothing short of a miracle since the day he was born. Although he’s like a lot of kids his age in a lot of ways, there are things that set him apart. Being in a wheelchair is one of those things.

“I don’t want to be in a wheelchair,” Michael said.

Michael can't walk due to his cerebral palsy. His mother, Angie Martinez said that Michael was born at 27 weeks and only weighed 3 pounds.

Recently, the Martinez family found out not all heroes wear capes, some come in wheelchairs.

Last week, seven of Michael’s family members were sleeping when he heard a beeping sound. He didn’t know what it was but thought it might be a warning, so he crawled to his parents' room to warn them.

"I was shaking because I was scared," Michael said when recalling what happened that night.

It turned out the beeping was their carbon monoxide detector. The odorless, poisonous gas was coming from their stove and no one knew.

Angie Martinez said she and her sister, who was also sleeping in the house, had symptoms of carbon monoxide poisoning once Michael woke them up. The family believes had it not been for Michael, the whole family would have died.

Michael is his mom and dad’s little miracle, but some things are still hard.

“Whenever I take him to school the kids stare at him. He wants to play, and he wants to run like the other kids. We have our moments where we … Michael and I just cry and just hold each other,” Angie Martinez said.

Carbon monoxide gas can be deadly.

It's called the silent killer because you can't see, smell or taste it. It's almost impossible to know it's there without a detector.

Malfunctions of stoves, furnaces, water heaters or fireplaces are the main culprits inside a home. Running a vehicle inside a garage is also a common and dangerous mistake.

The Environmental Protection Agency recommends detectors should be placed on a wall about 5 feet above the floor or on the ceiling. One should be installed in every room where an appliance is present and they should be replaced every five to six years.

Some symptoms of carbon monoxide poising include headaches, dizziness, nausea, breathlessness, collapse and loss of consciousness.