Boxing gym teaching youth how to turn away from violence

The goal is to teach people how to de-escalate situations peacefully without turning to a gun. 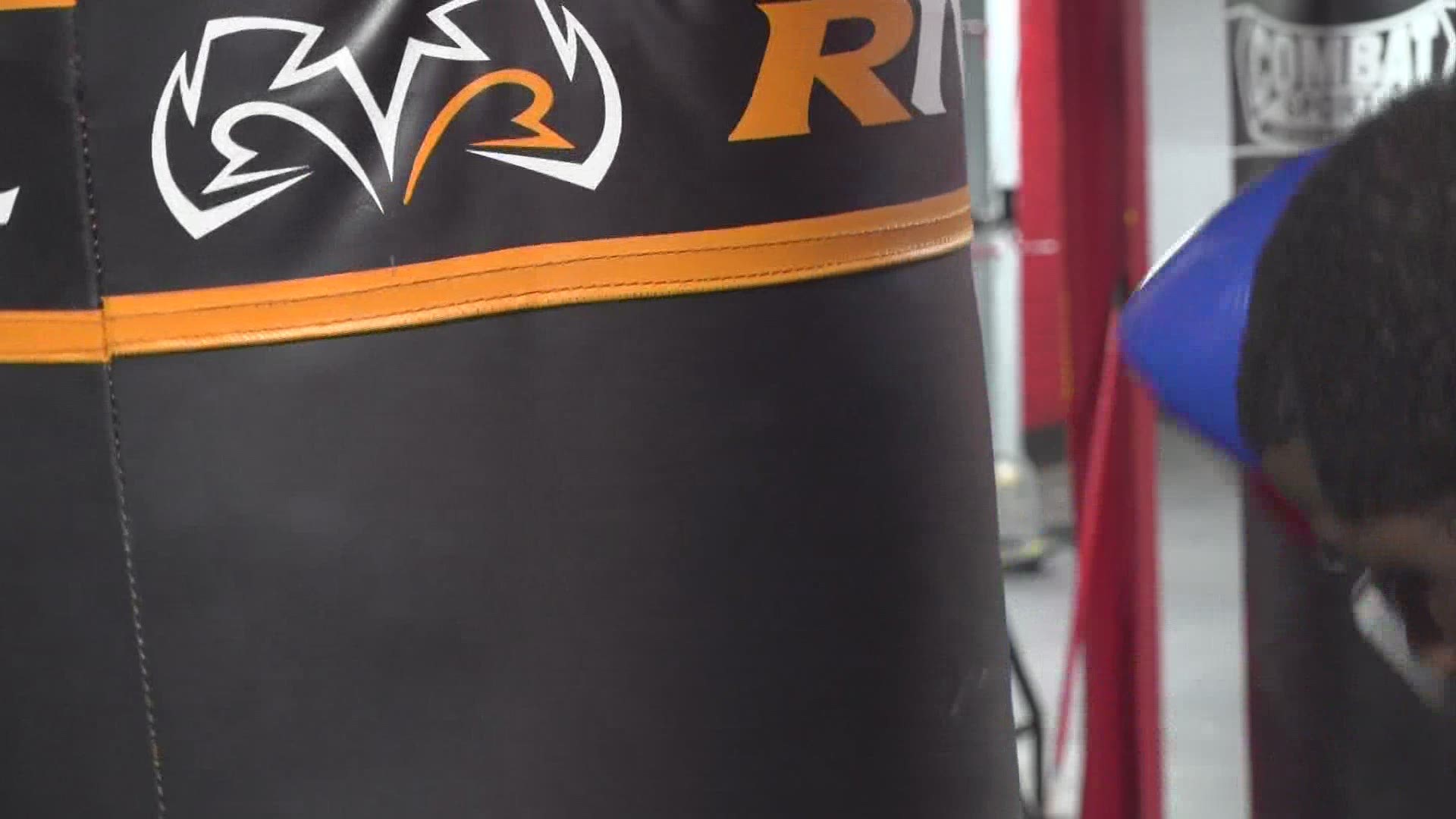 COLUMBUS, Ohio — In the boxing ring, you’ll learn a lot of things.

For example, when to throw a punch and what can come after one is thrown.

“When it comes to throwing a punch or where your feet are, it’s kind of develops a sense of accountability outside of the gym,” said boxing teacher Rashad Scott.

Most importantly, it teaches lessons that could save a life.

“Boxing helps keep them away from violence,” said Scott.

That’s the reason why Scott has been teaching this art for the last 10 years.

The boxing gym near the city’s East side is lead by community leaders Sean Stevenson and Ephraim W. Laidley Jr.

The gym is an important part in the End the Violence Campaign.

The goal is to teach people how to de-escalate situations peacefully without turning to a gun.

“Fighting and learning how to fight kind of calms you down as an individual. A lot of people, I feel like, they pick up guns because they don’t know how to fight, as a sense to protect themselves,” said Scott.

Scott told 10TV this method of discipline is needed now more than ever.

Last year, Columbus had several homicides involving teens. Scott said learning these lessons at a young age can give a child purpose.

“The idle time is the Devil’s playground. The more time you have on your hands and it’s not being used to be productive, you kind of fall into just, the negative stream of what the world is providing,” said Scott.

Scott’s hope is that if his students are put in a certain situation, they remember their training, with everyone walking away.