Big Walnut schools are running out of room for students

The Big Walnut School District is starting to see overcrowding problems in nearly all of its buildings. 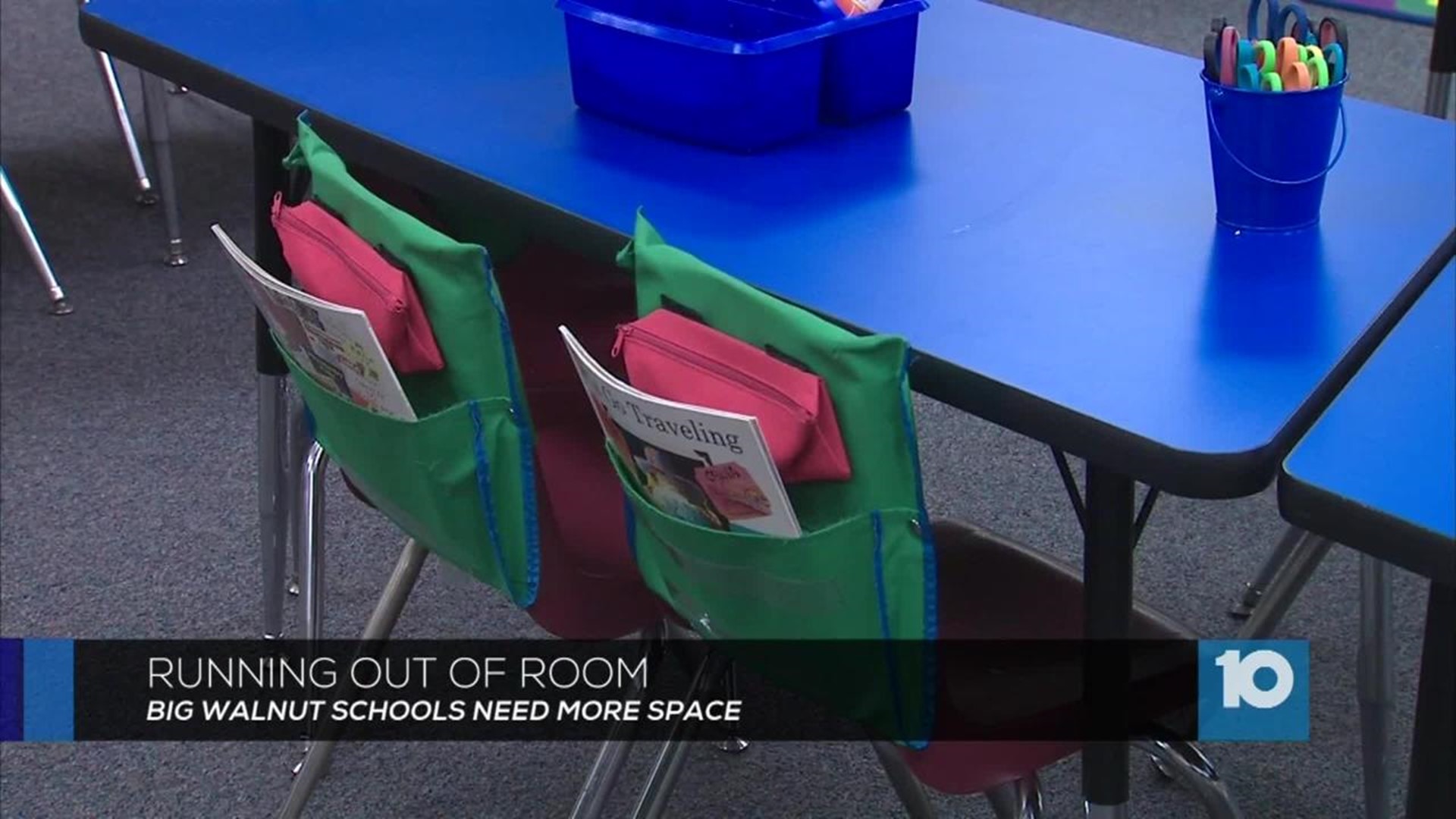 Another school district in central Ohio is running out of room to put its students.

The Big Walnut School District is seeing overcrowding problems in nearly all of its buildings. Officials are working to put a levy issue on the November ballot after a bond failed to pass last year during the election.

The chattering sound of young students will soon be heard in the old trailer behind the Big Walnut Elementary School.

"So we plan on renovating this trailer behind me. It's over 50 years old. It hasn't had students in it the last few years," Superintendent Angie Pollock said.

With new flooring, paint, and some more work the trailer will turn into two new classrooms by the fall.

"It's definitely a problem, there's an overcrowding problem and it's going to have to be fixed no matter what," parent Heather Swackhammer said.

The Big Walnut School District is starting to run out of room.

"The more kids we put in a classroom the more difficult it becomes because a teacher has less individual time with each student," Pollock said.

District officials have noticed enrollment numbers getting higher over the last few years and now the buildings are hitting their limit.

Pollock says three out of four elementary schools will be at capacity this fall, the high school is nearly there and classroom size is only expected to grow.

"It really puts a lot of pressure on the restrooms and the cafeterias the libraries. All those spaces are undersized," Pollock said.

Last November, voters failed to pass a school levy that would have built a new high school and moved students into different buildings. Instead, the district will add 2 trailer modules to create 4 classrooms in total.

Most classrooms already look tight on space, like Mrs. Olson's in Big Walnut Elementary. So the district will turn to its community again with hopes they will say yes to a lot more room.

Big Walnut district officials are working to get another levy issue on the November ballot. It would include building a new high school and a new elementary school.