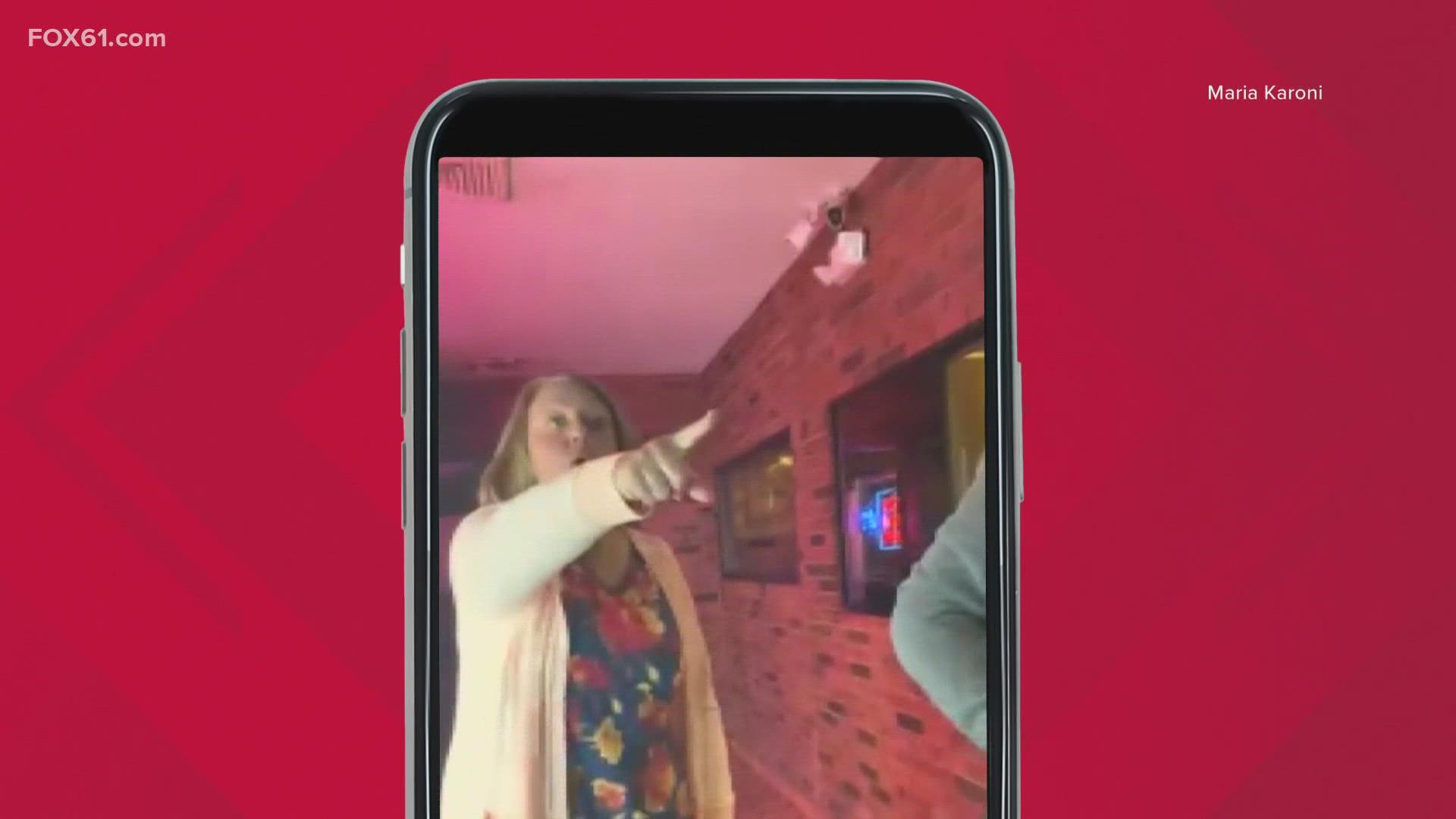 BERLIN, Conn. — Police said Wednesday morning that they believe they have a probable identity for a woman who allegedly assaulted a service member, who was a customer at a local pizza shop.

Police told FOX61's Angelo Bavaro, "We received several tips yesterday that we followed up and have led to the probable identity of the suspect. The investigation is on-going and when probable cause is developed we will apply for an arrest warrant.”

There is video of the incident that has been shared on social media. It captured the woman swearing at the victim dressed in a military uniform, and then physically assaulting him.

The U.S. Navy and a relative confirm that the sailor in question is Sean Nolte, Jr. of Pennsylvania. He is stationed in Groton and attending Naval Submarine School.

UPDATE: Berlin Police say they received several tips yesterday that have led to the probable identity of the suspect. Police add the investigation is on-going and when probable cause is developed they will apply for an arrest warrant. @FOX61News https://t.co/OmAFHS0SmG

The incident happened around 11:45 p.m. on Saturday at Central Pizza on Mill Street. The owner told FOX61 it was just before closing time.

"It was the last two or three orders," Jason Bikakis said.  "I was here all day long and then this happened so fast.".

The argument appeared to have happened randomly, according to Bikakis.

"She came here, she paid for the pizza and meantime you see the other people here," he added. "She brings the pizza in the car, she comes back and starts the argument."

Officials ask any with information to call the Berlin Police Department at 860-828-7080.

RELATED: Man arrested in connection with shooting at Norwich home

Have a story idea or something on your mind you want to share? We want to hear from you! Email us at newsteam@fox61.com

HERE ARE MORE WAYS TO GET FOX61 NEWS

Stream Live on ROKU: Add the channel from the ROKU store or by searching FOX61.