Andre' Hill's family attorney: 'We are relieved but not satisfied'

Adam Coy was indicted Wednesday by a Franklin County grand jury following an investigation of Hill's shooting death in December. 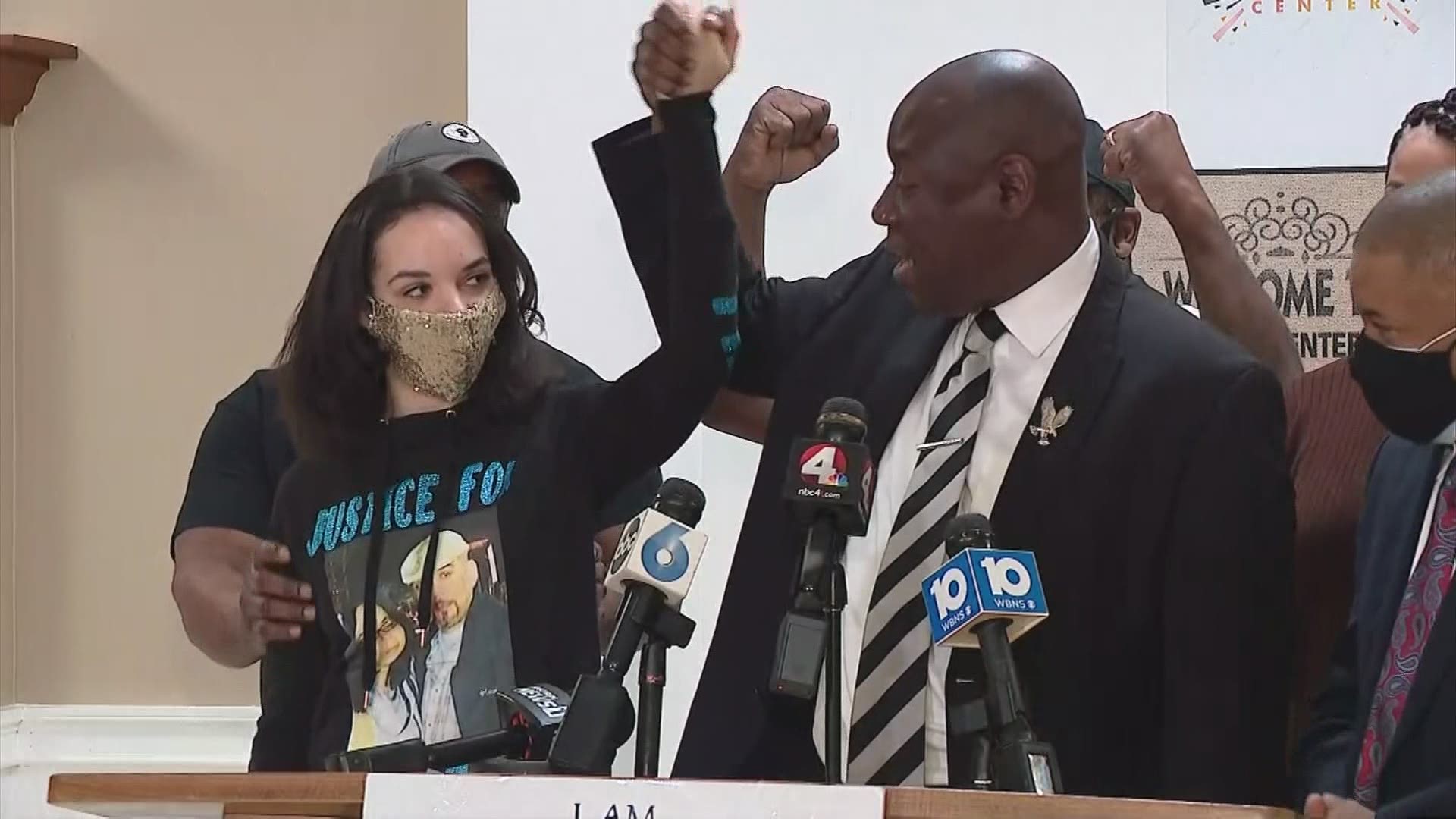 Civil rights attorney Ben Crump and the family of Andre' Hill spoke publicly for the first time since a former Columbus police officer was charged with murder in Hill's death.

“We were very relieved, but we’re not satisfied because we know, based on the history in America, when an unarmed Black man is killed by white police, the indictment doesn’t mean a conviction,” Crump said during a Thursday press conference, which can be watched below.

“In a perfect world, my hopes would be that he’s convicted of all charges and given the maximum penalty possible for all of them,” said Hill’s sister, Shawna Barnett. “The reality is, it may not happen, but that’s where the hope comes in.”

Footage from police body-worn cameras showed Hill emerging from a garage and holding up a cellphone in his left hand seconds before he was fatally shot by Coy. Coy also faces charges for failing to use his body camera and for failing to tell the other officer he believed Hill presented a danger.

Hill lived with his daughter, Karissa Hill, and three grandchildren. Karissa Hill says he hasn’t been able to return to her home since her father’s funeral.

But Wednesday’s announcement that the indictment had been handed up offered here a rare glimmer of hope.

“Yesterday was my first time smiling for the first real time when I got the call that indictment charges came back,” she said. “My dad was always in our life and my kids’ life, and he was very hands-on, so he has a family that is always going to fight for him.”

Hill’s family members have been clear that the indictment is just the first step for them. They want to see conviction and incarceration in this case as well.

But Hill’s brother, Alvin Williams, also wanted to share a message for law enforcement officers across the country.

“There’s plenty of families, not only ours, that are suffering by these ordeals across the land,” Williams said. “And I just wanted to show some sympathy and some love back for them to let them know, the good ones, keep on doing your job because the community needs you.”

Coy's attorney says his client will plead not guilty. He already has been fired from the Columbus Division of Police.

“We think it’s a critical first step toward justice for Mr. Hill and his family,” the mayor said. “He should be here today. The only reason that he’s not here with his friends and family is because of former Officer Coy’s actions, and we believe he should be held accountable.”