The break comes as Austin crews have received thousands of broken pipe calls in the past few days. 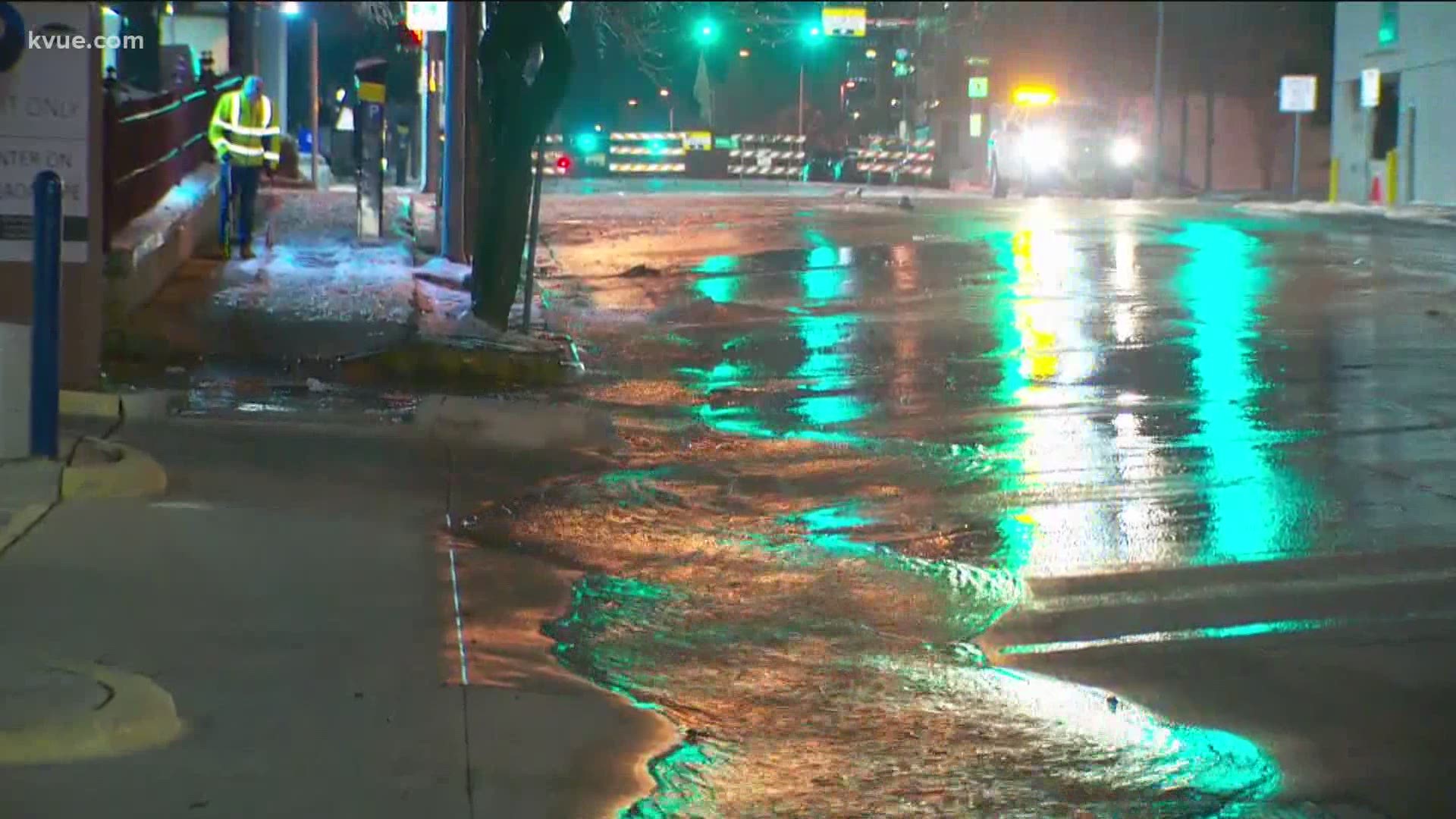 AUSTIN, Texas — A water main break was reported in Downtown Austin on Lavaca Street between Eighth and 15th streets. The area is closed until further notice.

The water main break was coming through the asphalt, according to KVUE's Tori Larned. Austin Water crews told KVUE they had located the source and were working to fix it as quickly as possible.

The following day, on Tuesday, Feb. 17, Austin Fire Department crews said they had another 685 broken water pipe calls to 911 since midnight. As of Wednesday crews had responded to thousands of calls.

A water main break in Downtown #Austin has cracked the asphalt in multiple locations. @AustinWater crews are on scene trying to fix it. This is one of the main reasons over the last few days why water levels are low and the city is now under a boil water notice @KVUE pic.twitter.com/beWCXJQ5VM

This is a developing story. Check back for updates.

Water treatment tips for those without power during boil water notice