The mayor hosted his daughter's wedding and then traveled to Cabo San Lucas, Mexico, at the beginning of November. 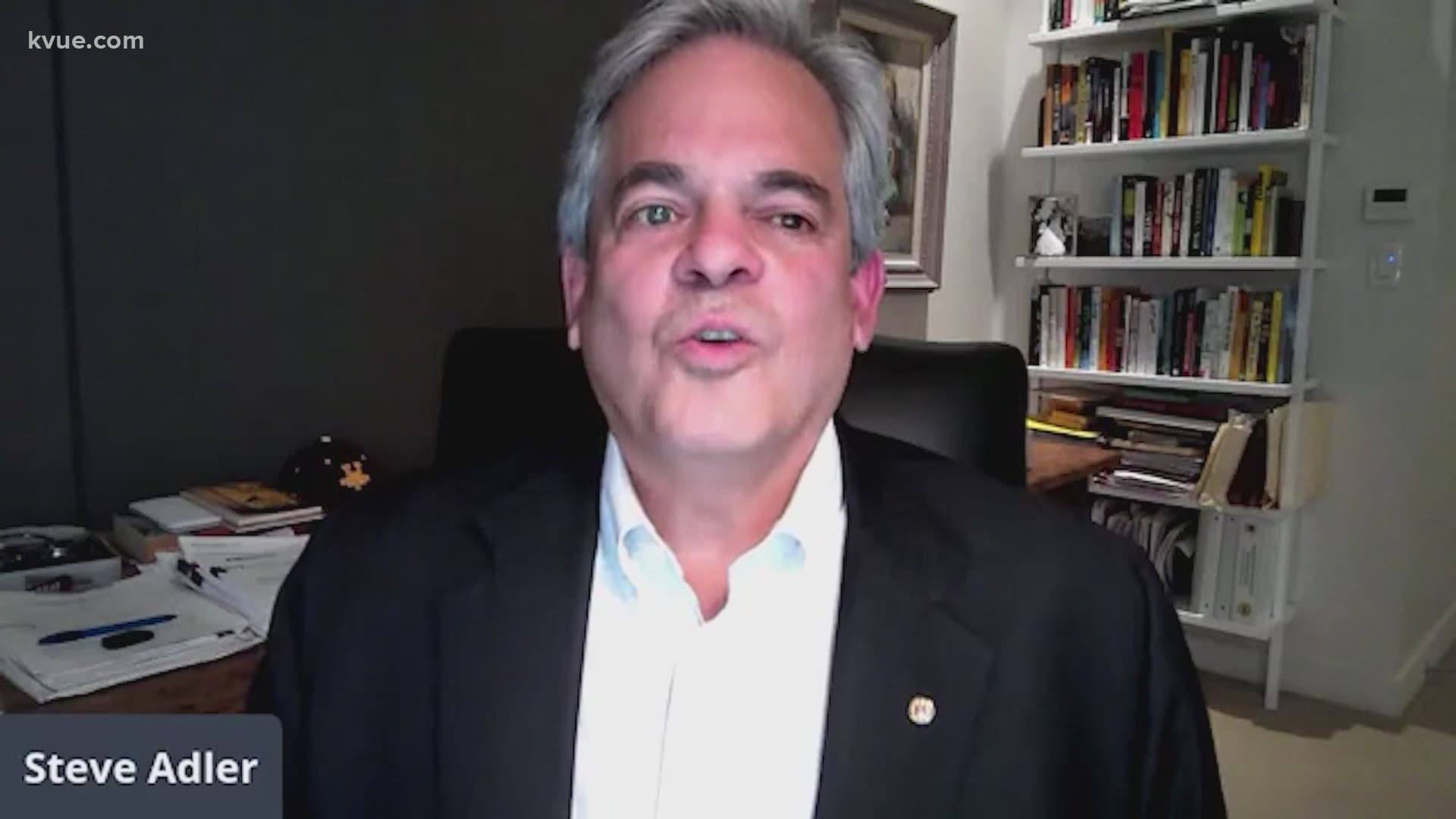 AUSTIN, Texas — Days after Austin Mayor Steve Adler confirmed to the KVUE Defenders that he hosted his daughter’s wedding and then vacationed to Mexico, he issued an apology in an open letter.

On Dec. 2, KVUE Senior Reporter Tony Plohetski broke the news that the mayor flew to Cabo San Lucas, Mexico, on a private jet as top health officials began urging families not to gather with others outside their households. The mayor himself also asked people to stay home if they could in order to slow the number of coronavirus cases.

As mayor urged Austin to ‘stay home,’ he was vacationing in Mexico following daughter’s wedding

VERIFY: No, Mayor Adler did not use taxpayer money to fly to Mexico

Days later on Dec. 5, Mayor Adler said in a letter, "I know that my actions let down the community this week. I should not have taken the trip with my family. It was a bad choice, and I apologize."

The letter reads in part:

"That trip set a bad example. Many in our community are hurting so badly and not able to travel, and others who are able have chosen not to travel under similar circumstances. That I took that trip and at the same time continued to urge people to be cautious is confusing. In my position, I need to send a clearer message.

At the time, I did not see the more important and greater issues because I was too focused on making sure that Sarah’s wedding and my family’s trip complied with local and state orders and guidelines. That focus was wrong because I missed the larger context in a really big way.

I need to hold myself to a higher standard and one that does not compromise the message that we need to be careful until vaccinations are administered to the community. I fear that my actions might result in some others taking riskier behavior during the higher “Orange,” Stage 4, we are now in. I was wrong in part because this is exactly the result I have been working so long to avoid.

So long as the virus is here, it is always safest to stay at home. We are not asking everyone to sequester themselves at home, however, and your behavior outside the home should be guided by the color-coded risk chart.

I made a mistake, and I apologize to the community. I will work to re-earn your trust."

You can read the full letter online here.

KVUE verified that Mayor Adler did not use any taxpayer dollars in his travel to Mexico.

Why are Californians so interested in Texas? A San Francisco Business Times reporter explains