During a press conference on Thursday, Andre' Hill's daughter said the videos of her dad on the ground are seared into her memory. 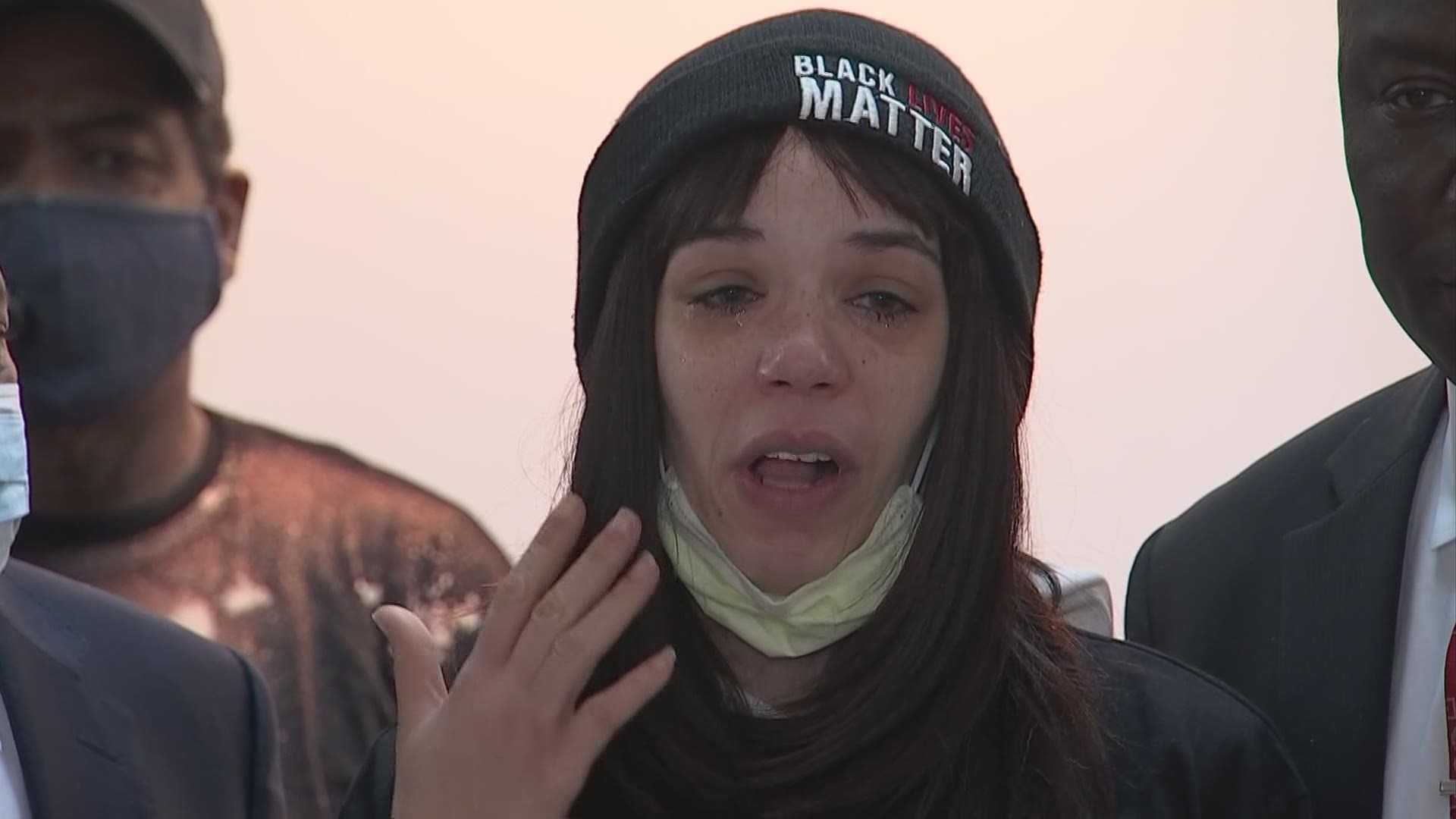 COLUMBUS, Ohio — The Columbus Division of Police released additional body-worn camera footage Thursday from other officers who responded to the fatal shooting of Andre' Hill.

“These are pictures that I have to look at. I’ve had to memorize my dad on the floor for the rest of my life and how nobody helped him,” said Karissa Hill, Andre' Hill's daughter.

Karissa said the videos of her dad on the ground are seared into her memory.

Columbus Police Chief Thomas Quinlan says the videos do not show compassion for Andre', one of the core values of the department.

Chief Quinlan adds there is an investigation into all the officers who responded.

“My initial reaction to the videos released today was anger and deep disappointment. And I know it is horrifying to everyone who looks at it,” Quinlan said.

“Where is the humanity for Andre' Hill?” Crump said.

The body camera video shows officers roll Andre' Hill over, and handcuff him before EMT’s arrived to the scene.

“There were 22 officers on the scene with body footage, and not one of the them helped my dad. The first time they touched him is to put handcuffs on him,” Karissa said.

Fraternal Order of Police Vice President Brian Steel says that is the policy.

“Our policy is at the time, they deemed him a suspect. Whether he turns out to be a suspect or not or victim later, at the time of the shooting, the officer determined he is a suspect. That's training and procedure to handcuff him,” Steel said.

Former Columbus officer Adam Coy, who fired the fatal shot on Dec. 22 on Oberlin Drive has been terminated.

“I understand their frustration. This case is very important to us. The fact remains Officer Coy made a split-second decision. Whether that decision was justified or unjustified will eventually be found out in the investigation and will be brought to a grand jury of his peers,” Steel said.

Crump said Andre' was shot four times, and that an independent autopsy was done Thursday.