Maine State Music Theatre, Ogunquit Playhouse, and Portland Stage Company will welcome audiences to their venues in new ways for the upcoming season. 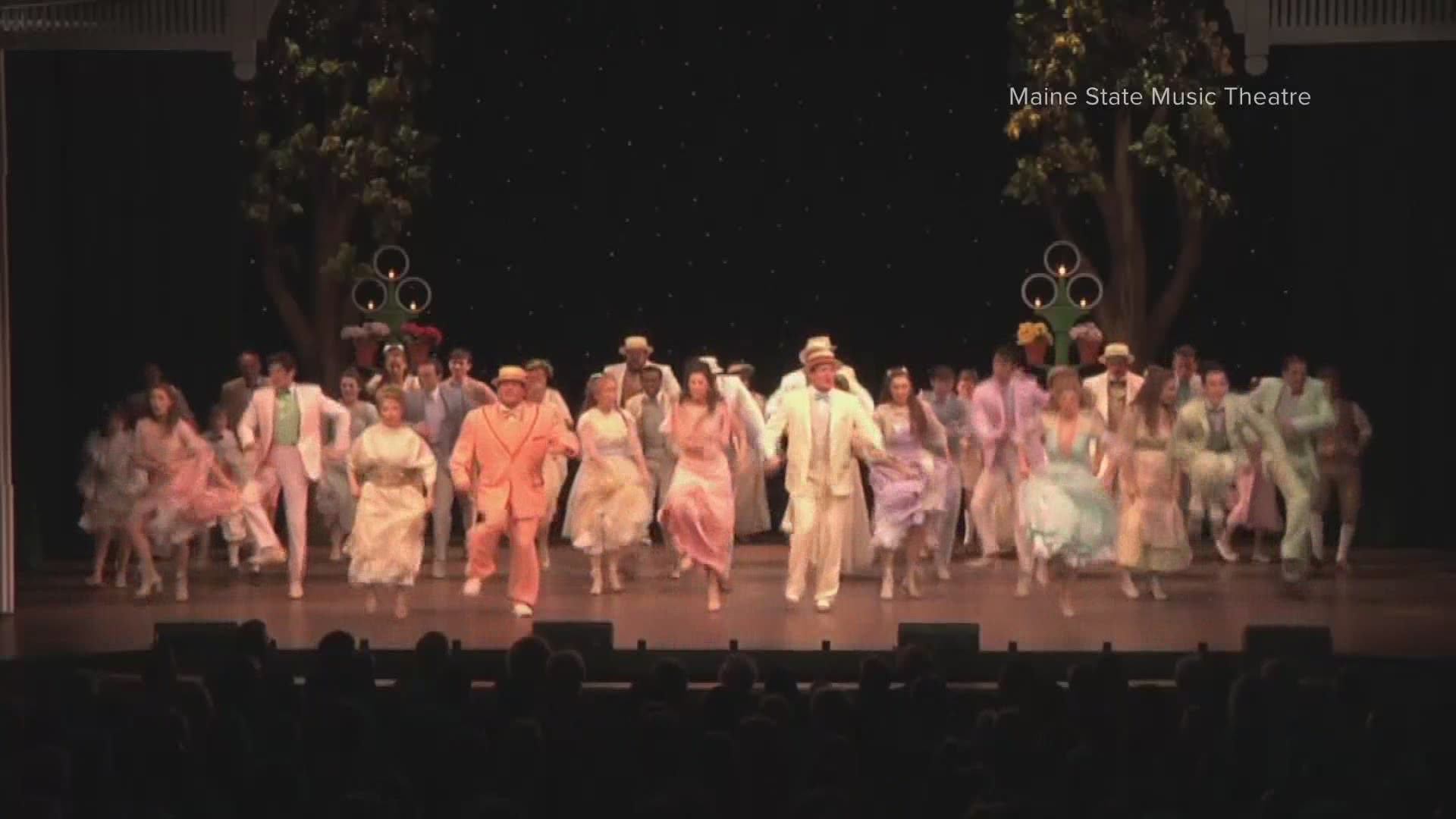 MAINE, USA — For about a year, a number of theaters across Maine have been quiet. Both peppy and melancholy song and dance numbers have been memories of the past, as the pandemic overtook life as we knew it. With an increasing number of vaccinations and lifting COVID-19 restrictions, though, every day feels one step closer to normal -- progress that is welcomed by many.

This season, some staple Maine venues are getting creative to say the show must go on in person. This effort isn't happening without adaptations, but the prospects are exciting for the staff members at these theaters, who are eager to see live audiences clap their hands and enjoy live arts together once again.

"We feel welcome. We feel wanted. We feel needed," Curt Dale Clark, the artistic director for Maine State Music Theatre, expressed to NEWS CENTER Maine, saying the community's itch for the arts has been made clear.

A number of Maine theaters are getting creative this season to say the show must go on — in person! I’ll tell you how @MaineStateMusic, @OgunquitPH, and @PortlandStageCo are adapting to welcome audiences on @newscentermaine at 6:30 a.m. #wakeMEup pic.twitter.com/uCWmgf5Jau

MSMT will be putting on a season this year, but that timeline has been pushed back because of pandemic-related challenges. Its two main stage shows -- "Jersey Boys" and "Cinderella" -- won't be happening until September and October now, which means the company's usual home at Bowdoin College's Pickard Theater wouldn't be available. So, the journey began to find a temporary new space -- the Westbrook Performing Arts Center at Westbrook High School.

"I ended up walking in, and the minute I walked in my whole brain just went, 'This is it. I think this is it,'" Clark said. This theater has a large stage, fly space, dressing room, and nearby parking lot -- and can seat about 1,000 people. Clark says an MSMT board of trustees member told him about the facility, which he calls "world-class". For faculty members at the school, the favor is one they are happy to do.

"I'm thrilled because I've been part of Maine State Music Theatre for decades," Peter Lancia, the superintendent of schools for Westbrook, explained. "I've seen, you know, hundreds of productions there."

Clark says MSMT will be monitoring CDC guidelines closely to determine how many people can be seated at the venue when the time comes. The hope is that this partnership may be able to continue, since Lancia says the arts are a central component to the Westbrook community -- and that kind of traffic may help restaurants and shops in town, too. Single tickets are not on sale yet, but Clark says people will be notified when they are.

RELATED: For an actor, there’s great joy in being back in front of an audience

The Ogunquit Playhouse is also making changes in an effort to welcome back live audiences this summer by building a 25,000 square foot outdoor pavilion. Guests will watch shows -- including "Spamalot", "Escape to Margaritaville", the world premiere of "Mystic Pizza", and "Young Frankenstein" -- here this season. Executive artistic director Bradford Kenney says groups will be spaced apart. The pavilion seats more than 1,000 people, but he says they will likely only sell between 450 and 500 tickets per show to keep everyone safe. Guests must wear masks while walking around -- but they are not required when sitting down.

The new stage under the pavilion is about three times larger than the historic stage indoors. Kenney says the producing company and everyone around the actors are required to be fully vaccinated. For him and his team, reopening is an exciting prospect, since the theater lost about $8 million last year during the pandemic. The pavilion cost more than $300,000 to build, but Kenney says the community has been supportive by helping to raise money. It's an indication a lot of people are looking forward to returning.

"Some of the opening nights are already sold out, so people definitely have come forward," Kenney noted.

RELATED: The show goes on for Maine entertainment venues

At the Portland Stage Company, smaller shows with limited audiences have been happening since the fall, after the theater worked with a former state epidemiologist to develop a safety plan. For most of the season, about 50 people were allowed in the space, that number increasing to 90 recently. Streaming has been an option for a $25 fee, which Anita Stewart, the executive and artistic director of Portland Stage Company, says will continue at least for this upcoming season. She says it's not a tactic to make money by any means, though.

The venue's last show of the season "Where We Stand" is wrapping up in a couple of weeks, and Stewart says after that, she and her team will be reconsidering CDC guidelines to determine how they want next season to run, starting with two co-productions with MSMT this summer. Right now, people are still asked to wear a mask when they're in the theater since the tickets for this show were sold on that basis.

"I just hope that eventually, we get to a place where people feel comfortable and willing to come back and give it a shot," Stewart said.

For information about each of these venues and their seasons, visit the following links: