In the middle of many people protesting and people cleaning up downtown, local artists were painting a mural at the Ohio Theatre. 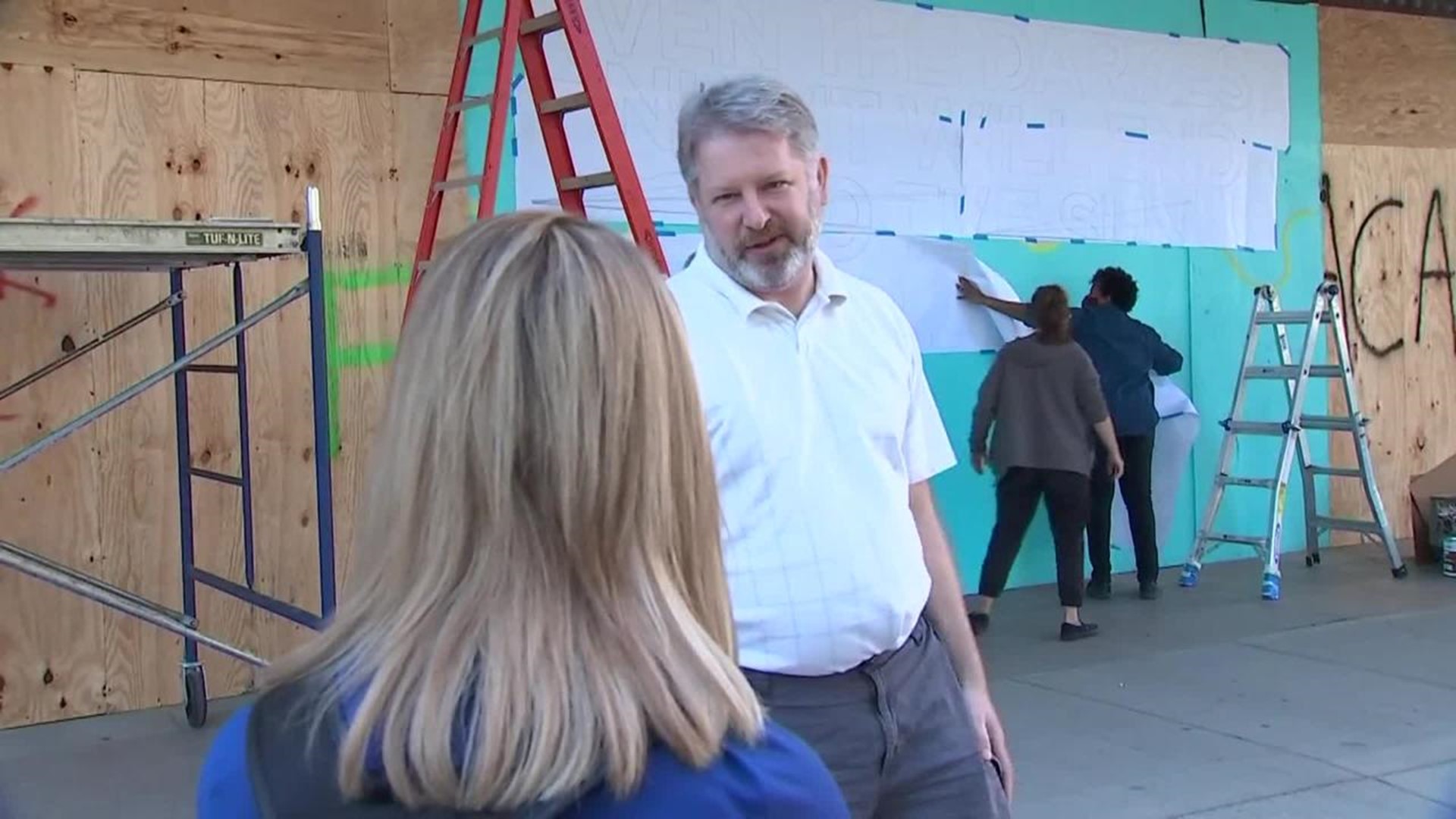 In the middle of many people protesting and people cleaning up downtown, local artists were painting a mural at the Ohio Theatre.

CAPA and the Greater Columbus Arts Council are working together. They have launched a new initiative called, #ArtUnitesCbus. It’s an initiative that allows local artists to paint murals on the plywood that covers that broken windows at the theatre.

The artists started early Monday afternoon. It says, “Even the darkest night will end and the sun will rise.”

“The arts are to inspire and to bring us together,” Chad Whittington said.

Chad Whittington is the President and CEO of CAPA, the Columbus Association for the Performing Arts.

The Ohio Theatre took a hard hit last week when the protests first began; windows were shattered and the box office was destroyed.

“We’re thankful no one was injured really, it’s glass at this point and are things that can be replaced,” Whittington said.

He said they decided to cover up the broken windows covered with plywood and graffiti since they are in the arts industry.

“We want the message of hope but we also want messages about the situation we’re in, the injustice the inequality,” Whittington said.

Whittington said the message that was painted Monday is from the musical Les Mes.

“We actually had it up on our marquee because of COVID-19 and the theatre being closed,” Whittington said.

However, he said they feel it still fits the situation we are all in.

The message is to give people motivation to keep going.

“And at the same time to talk about the issues that exist in our society,” Whittington said.

He hopes that art will continue to unite everyone and that people continue to fight peacefully for their voices to be heard.