On day three of his trial, Anthony Pardon turned the judge’s focus to his defense, saying he was not happy with the public defenders assigned to the case. 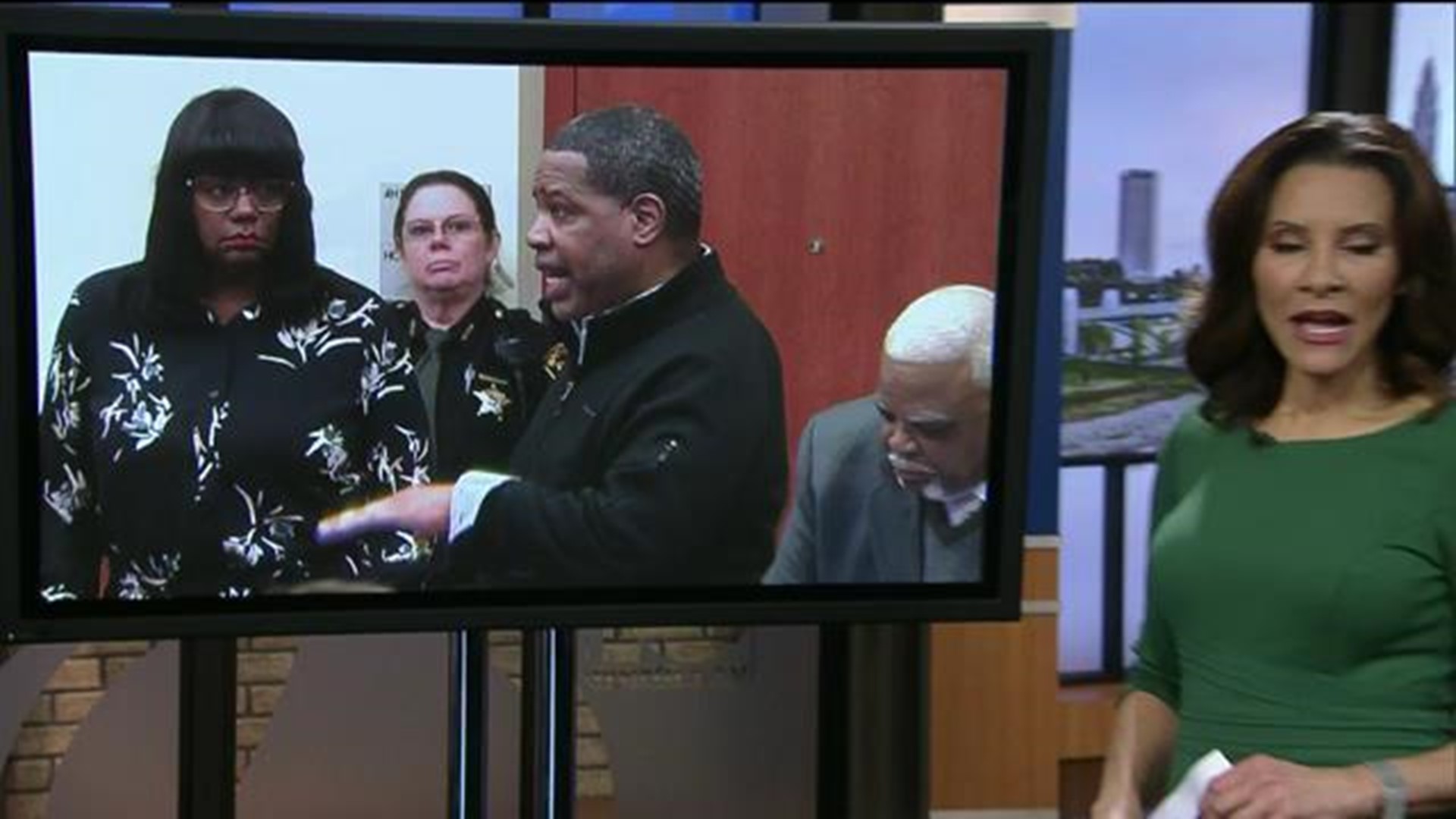 COLUMBUS, Ohio — On day three of his trial, Anthony Pardon turned the judge’s focus to his defense, saying he was not happy with the public defenders assigned to the case.

"I'm not happy with this here. At all. I don't feel I'm getting represented in no kind of 100 percent way at all. I want that on the record," he said while the jury was out of the room.

Pardon is accused of kidnapping, raping and killing 24-year-old Rachael Anderson in January 2018. The aspiring mortician was found dead in her apartment.

This is not the first time Pardon has expressed his displeasure with his legal team. Before the trial began, he requested to represent himself, but the judge convinced him otherwise.

On Thursday, the judge stepped in again, advising him that now is not the time to ditch his attorneys.

"We're not at a point at all where I can make that consideration. The court or appeal — if there is a conviction — obviously will take a look at everything the attorneys have done and decide if they have represented you appropriately in this matter," said Franklin County Common Pleas Judge Stephen L. McIntosh.

Prosecutor says someone moved the car after the murder. That driver was never identified.

Police say it wasn’t until they saw surveillance video of Anderson’s car at several local Columbus stores that they realized it had been moved after the crime.

Police also explained how multiple surveillance videos from local stores helped identify Pardon as a suspect as he continued to use Anderson's debit card hours after the murder.

The jury also heard from a homeless man named Anthony Sleets. Sleets’ video interrogation was shown because he was in possession of Anderson’s debit card.

Surveillance video from area stores shows Sleets getting out of Anderson’s car and using the card.

He told police a man matching Pardon’s description gave him the debit card to use. In exchange, Sleets told Hughes that the man would buy him a hotel room.

Sleets never identified the man as Pardon. He also told police he had no idea the man who was driving the car was connected to the murder.

Watch day 3 of the trial: