Animal keeper at Columbus Zoo injured after being attacked by cheetah

The zoo says the keeper has been treated and discharged from the hospital. 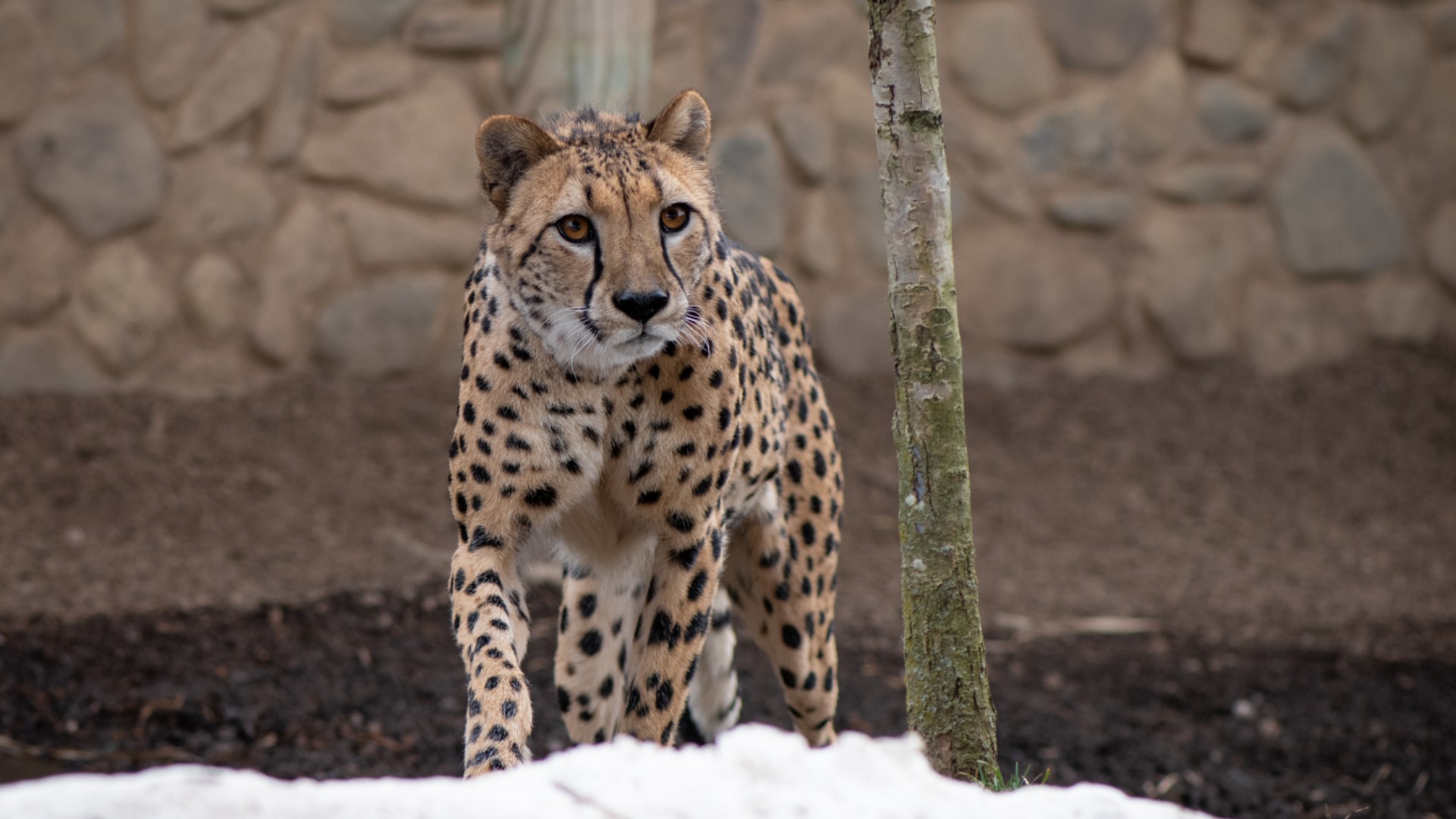 A keeper at the Columbus Zoo and Aquarium was taken to a local hospital Thursday morning after an incident involving a cheetah.

According to the zoo, Isabelle was harnessed to transport her from one location to the other per standard procedures.

At the same time, a keeper from the Heart of Africa region was also walking down the service road toward Isabelle.

The zoo says, Isabelle's care team had her sit and she was calm and purring.

The team invited the keeper to approach, that's when Isabelle crouched down and lunged toward the keeper.

The zoo says the keeper works around giraffes and other hoofstock. They believe the scent of these other animals on the keeper triggered a natural instinct in Isabelle, who reacted.

“You can train a wild animal, but it is impossible to tame them and it just can't be done, instinct is so powerful,” said Suzi Rapp, Vice President of Animal Programs at Columbus Zoo and Aquarium. "They are a wild animal and we treat them as that."

Team members immediately contacted the Liberty Township Fire Department, who responded and provided treatment onsite and transported the keeper to the hospital for further evaluation out of precaution. The keeper was treated and discharged.

The zoo said this is Isabelle’s first incident and as per the Delaware County General Health District, she will be placed in a 30-day quarantine just to ensure that she does not show signs of illness.

At the end of 30-days, she will return to her home in the Heart of Africa. They add Isabelle is up to date on her vaccinations.

Thread: This is a photo of Isabelle (Izzy), photo credit Amanda Carberry @ColumbusZoo. Isabelle is the surrogate mother to the world’s 1st cheetah cubs born in February 2020 using IVF and embryo transfer. pic.twitter.com/4fleB6pCHp

“Izzy is probably one of the most famous cheetahs in the world because a lot of people will know last year we did intro fertilization transfer. Izzy was the recipient of that transfer and 83 days later gave birth to two beautiful perfect cubs, Dave and Adrienne," Rapp said. "That was the first time in the world that science had been successful.”