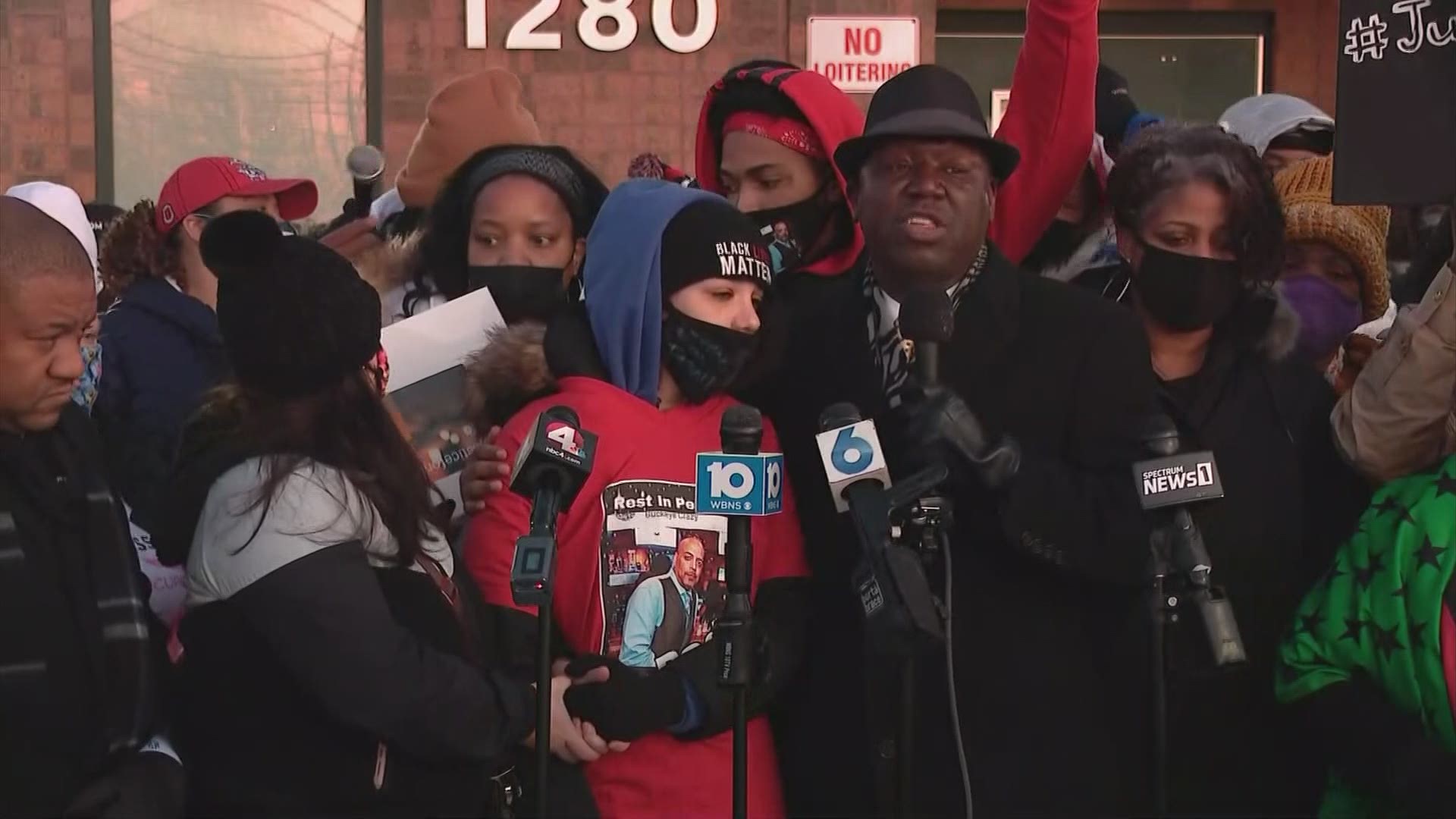 COLUMBUS, Ohio — Andre' Hill's family and their attorneys spoke to a group of people during a candlelight vigil Saturday afternoon.

"My dad was my best friend. He was my protector and my provider. Big daddy meant a lot in my home, to my kids and to me," Karissa said.

Andre's oldest sister, Shawna, said the two grew up in the Columbus area together and supported her throughout her life.

"Andre' was a great person and a friendly brother. He always had my back. And he was especially a great father to his only daughter," Shawna said.

Officers responded just after 1:30 a.m. after getting a non-emergency call about a man sitting in an SUV, turning it on and off.

The Columbus Division of Police said the officers arrived at the scene, saw a garage door open and a man was inside.

The man, later identified as Hill, walked towards the officers with a cell phone in his left hand.

Coy, a 19-year veteran with the division, shot Hill.

Coy did not turn on his body camera until after the shooting, but the technology inside the camera records a 60-second look back, but it does not have audio.

Coy's attorney released a statement saying "We are hopeful it will be a complete and transparent investigation."