Phil Baker and his wife, Sue, have been together for 58 years. 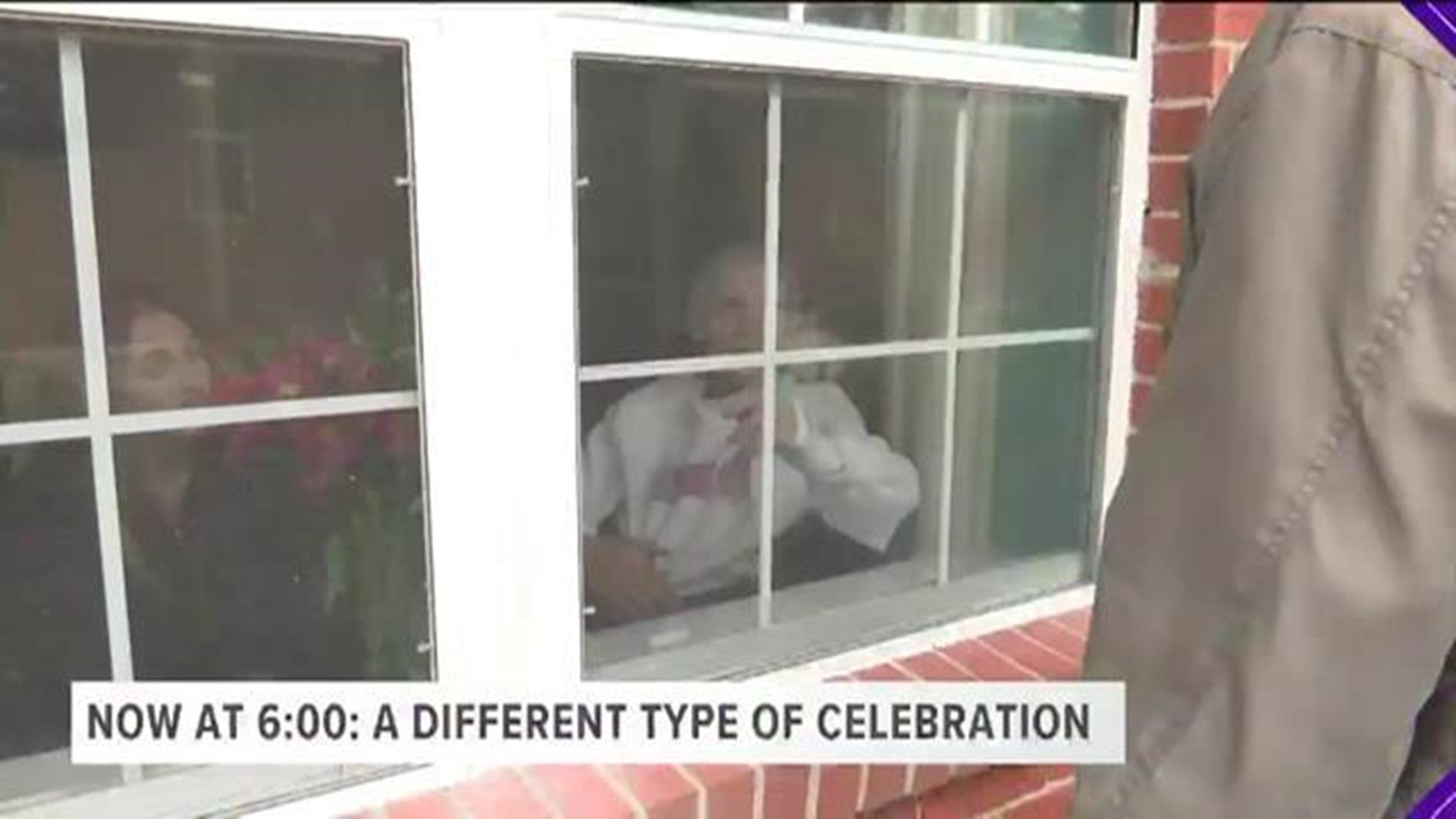 Phil Baker and his wife, Sue, have been together for 58 years.

He said they grew up together and spent as much time as they possibly could with another.

"We did everything together: take rides, go shopping, go to the movies. once in a while, go out to eat," Baker said.

Since December of 2018, his wife has been in The Laurels of Heath, a skilled nursing home and rehabilitation center. Baker said since she's been there, he's been visiting her every single day for hours at a time.

However, they are now among the many families having to readjust to life and routines because of COVID-19.

With new regulations, no one is allowed inside the facility or any nursing home. Phil and Sue's daughter, Becky Irvin, said she's feeling many emotions.

"That breaks my heart more than anything, obviously, but he's handling it well. He's doing good, but it was really good the nursing home actually did what they did," Irvin said.

She said at first, it was no communication. But now, the staff has made it possible for families to talk to their loved ones.

"At least it was through a window. It was better than nothing and I guess learning to adapt to what's going on — take advantage of the small things you do have," Irvin said.

On Tuesday, the couple celebrated their 58th wedding anniversary. Baker didn't let new guidelines get in his way of showing his wife how much he loves her.

"I went out and got her flowers and a card and everything," Baker said.

His plan was to just take them to the front door and have someone inside give them to her, but the staff had the idea of a phone call and a face-to-face meeting somehow.

"She wanted to reach for me through the window and she wanted to blow kisses and said she missed me," Baker said.

Baker said it's this kindness, the staff caring about their guests, that helps bring good to tough situations.

Even with precautions, he was able to see his wife.

"You can see her face lights up, she has a beautiful smile," Baker said.

For other families out there going through changes, he suggested to just stay patient.

A spokesperson for Laurel Health Care Company said they have eight locations in central Ohio. They are working to find creative ways to help guests connect with loved ones while staying safe.

They are in the process of setting up Skype or FaceTime calls and dedicating a tablet in each facility that can be used.

10TV is also told they are hiring temporary universal workers to help out those who may have been laid off due to the coronavirus.