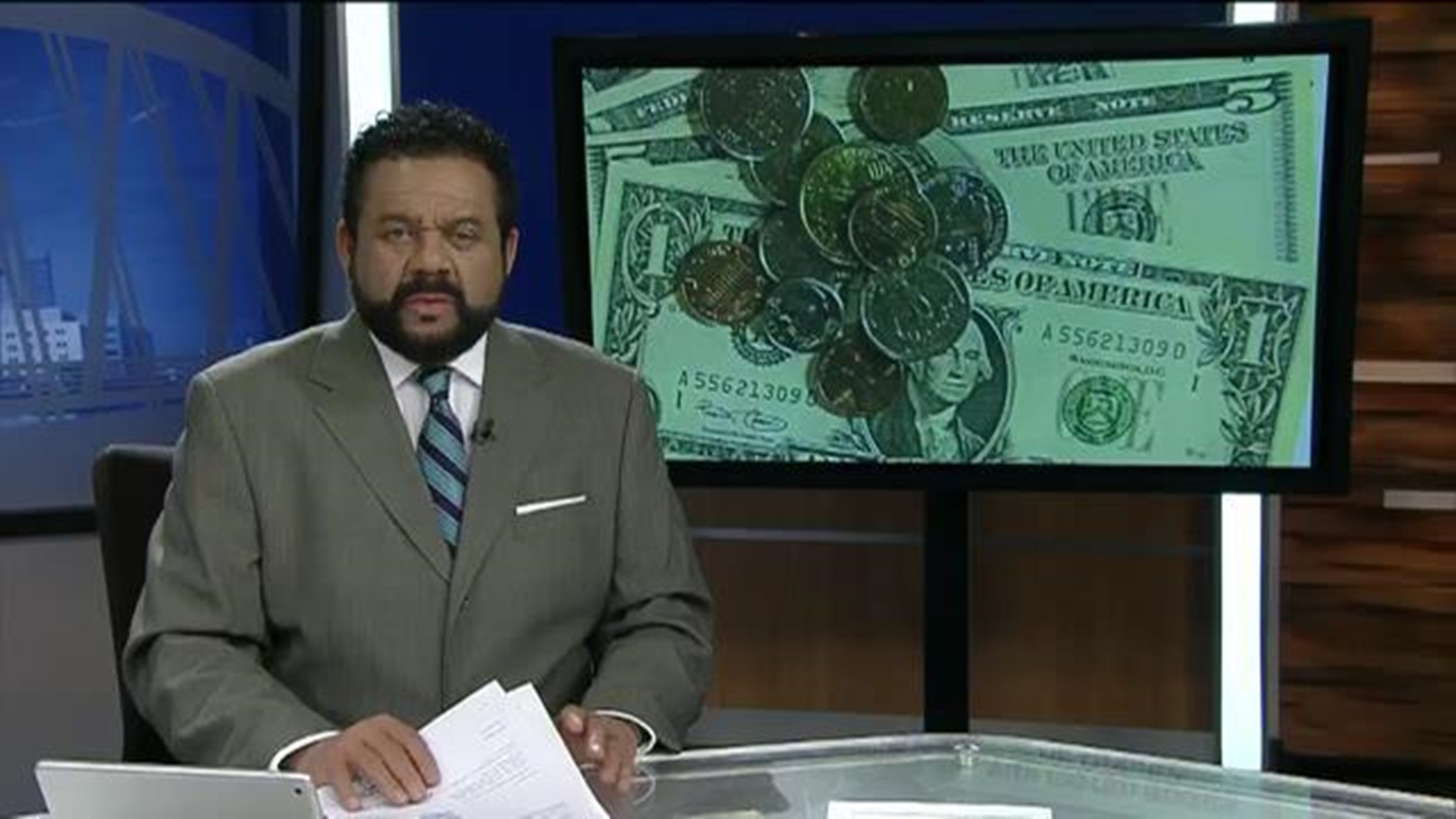 COLUMBUS, Ohio - He's never drank. He's never done drugs. But, Dave Mathess is an addict and he can tell you how everything went wrong.

Mathess is happy about that lonely dollar, because he says now he pays his bills on time. He didn't use to.

He had gambled for 35 years and says he was addicted to playing the lottery and bingo for 20 years. He says he lost himself, his family, relationships, jobs and his income. In 2017 he tried to kill himself by taking pills and wound up in the hospital. When he got out he says he knew he had to do something drastic. He went to Hollywood Casino and Scioto Downs and voluntarily banned himself for life.

"If I go in to those casinos, then I automatically go to jail for criminal trespassing," Mathess said.

He's coming up on two years clean and attends counseling at Maryhaven. He says temptations are everywhere and worries if the state of Ohio legalizes sports wagering it can and will be a trigger for addicts.

"It is part of culture, I think, the gambling is," Bruce Jones said.

Jones, the administrative coordinator for Maryhaven's Gambling Intervention Program, says SB 111 is going to happen. He's glad the current bill would require the minimum age to be 21. His concerns are having the wagering on mobile apps saying there's no way to exclude yourself from it. He's also worried about betting on the Olympics, World Cup and college sports. This year, it's estimated for the NCAA men's basketball tournament, Americans bet $8.5 billion, according to CBS News.

Finally, Jones says as it stands there's no money from revenue in the bill going back to counseling or addiction services.

"Oh, I think it's imperative," Jones said. "We need to have some sort of piece of the action."

Bill sponsor Senator John Eklund tells 10TV News options for where the money will go are being explored, however he wants to be able to determine where money will do the most good and be applied most purposefully.

As for addicts like Mathess and the countless others who struggle with gambling, Sen. Eklund says he sympathizes with them and their families, but believes they will continue to struggle regardless of possible legislation.

"[Gambling is] so encompassing of our society," he said. "I mean, where would you put legislation on something like that?"

Sen. Eklund says SB 111 is expected to soon be assigned to committees to begin hearings for possible approval.