Faizon Love and a man were in a verbal argument when Love grabbed the man by his neck and threw him on the ground and into a desk, according to court documents. 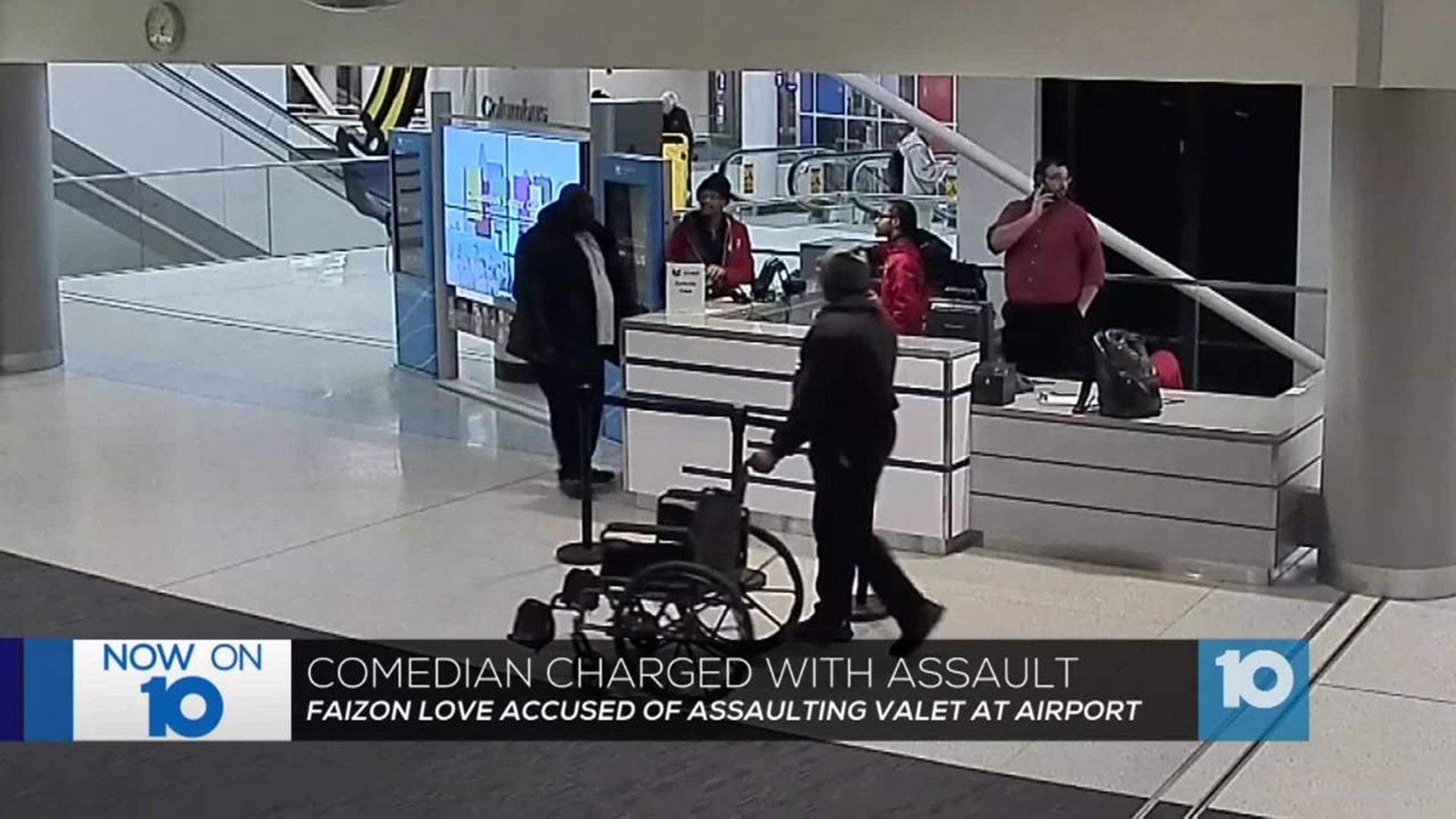 The documents show the man says he was cut above his eye. The incident happened near the valet booth in baggage claim.

Defense attorney John Moore explained Love's car had been parked there for a couple months as he traveled to different gigs. He was coming back to his home in Columbus.

Court records show Love was arrested and charged with a misdemeanor count of assault.

“Yes, he was surprised he was arrested, yes, yes he was totally shocked by it all,” Moore said.

Love has had run-ins before. The prosecutor listed past assault charges, sexual battery, domestic violence and drugs.

Love was released on $2,000 bond. He walked out of the courthouse, taking pictures with fans and talking to the media.

“Somebody lost their cool and somebody got taught a lesson,” Love said.

As Love left the jail, he was asked what he would say to the valet.

He made light of this latest incident, saying it would be part of his act when he performs at the funny bone next Wednesday.

“In a good way, because I love Columbus,” Love said.

Love has appeared in movies such as Friday and Elf. He has also appeared in a number of television shows.